Police take a dim view of those that speed on Bathurst’s public roads. 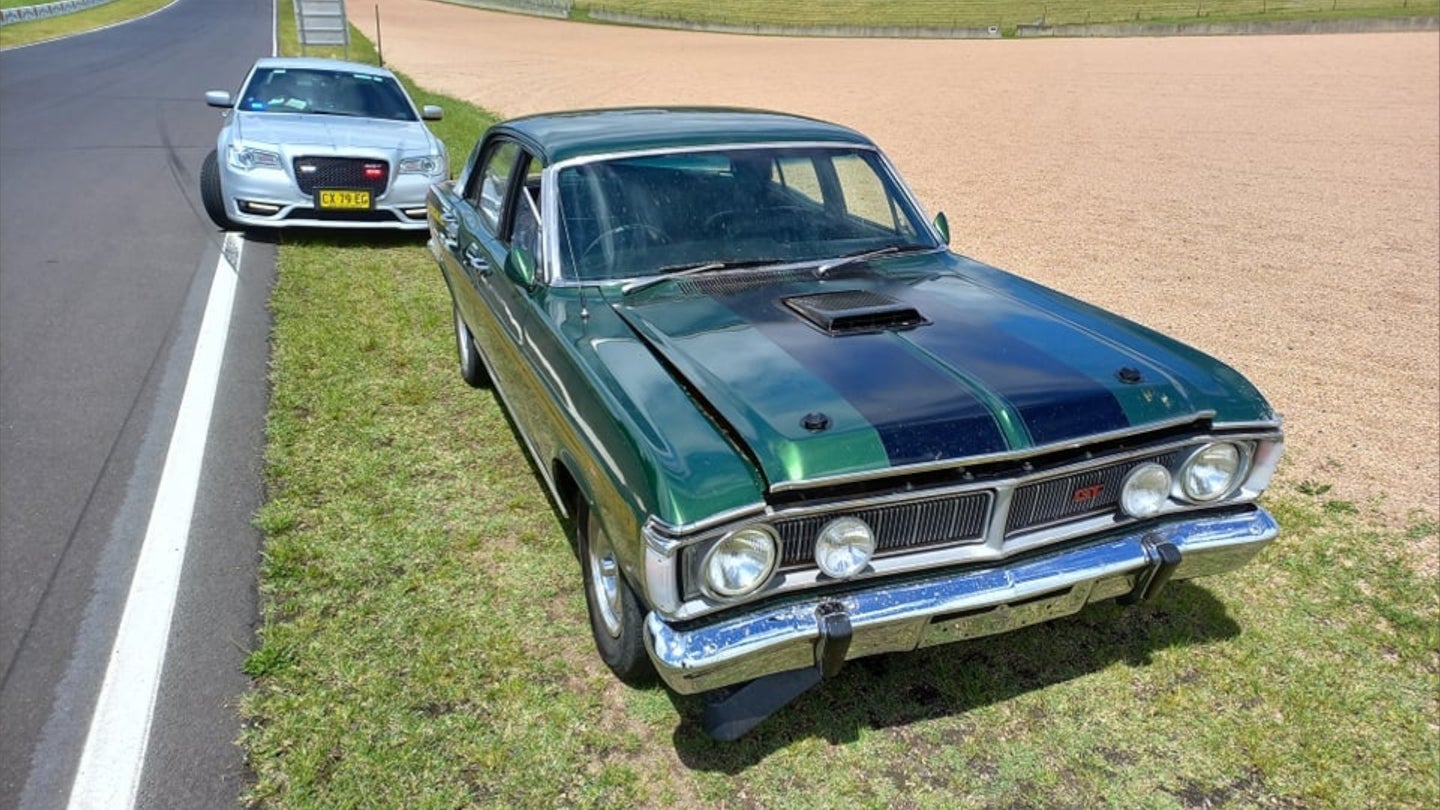 The world-famous Mount Panorama Circuit in New South Wales, Australia plays host to the annual Bathurst 1000 motor race, watched by millions across the world each year. In many ways, it's the crucible of Australian motorsport culture, with many fans making the pilgrimage to drive the hallowed roads themselves. Of course, a few tend to get a little overexcited, as one man reportedly did last week, earning the ire of the New South Wales Police.

Police claim to have received a call on the 21st of January at around 11:20 AM, concerning a car that was speeding and driving on the wrong side of the road on Mountain Straight at Mount Panorama. Reportedly, a green XY Ford Falcon GT with no number plates was then clocked with a speed camera traveling at a speed of 125 km/h (77 mph), well in excess of the posted speed limit of 60 km/h (37 mph).

The driver was stopped by police, recording a negative breath test result. Police allege the 49-year-old Sydney man was suspended from driving due to being caught drink driving just weeks previously. Police reports state that the driver claimed he was "just doing a re-enactment" of the Bathurst 1000 with regards to his exuberant driving.

Accounting for the lack of number plates, the well-presented XY model Ford Falcon GT was apparently imported from South Africa and, having been picked up in Melbourne, was being driven back to the driver's home in Sydney. Notably, the Falcon GT was sold in South Africa as the "Fairmont GT" during its production run from 1970-1972, but rebadging such vehicles is not unheard of. An unregistered vehicle permit would have allowed the vehicle to be driven legally, but the driver claimed that the relevant government facility was "closed" and that he was unable to source one.

The XY Falcon GT was claimed to have 300 horsepower from the 351 cubic inch Cleveland V8. . The car was available with a four-speed manual gearbox, but with a three-speed auto as an option. It's often said that the GT had closer to 350 horsepower in actual production trim, however these anecdotes get muddled with stories of the even-crazier Ford Falcon GT-HO Phase III model, which was the fastest four-door car in the world at the time.

Amusingly, it seems police may have had a particular interest in the Falcon GT, one of the most lauded vehicles of Australia's muscle car golden era. One photo taken on the side of the road by the sand traps shows that the hood is popped open, suggesting law enforcement couldn't resist a peek under the hood.

In any case, the Aussie muscle ended up on the back of a trailer, with NSW Police impounding the vehicle for three months. As we've seen before, it's not hard to get your ride impounded in Australia, even if you're just tooling around on an esky.

A court date was set for March for the driver to argue his case for driving while suspended. Fines were issued for exceeding the speed limit by over 45 km/h, the highest category available, as well as for driving an unregistered and uninsured vehicle.

It's an unsurprising result, as the roads that make up the Mount Panorama Circuit are some of the most heavily policed in Australia. The street circuit is made up of relatively low-traffic country roads that are signposted at 60 km/h and used by the public the rest of the year. Many are tempted to drive the circuit and get a taste of the motorsport action they've seen on TV, and for that reason, police patrols are regular, if not entirely round-the-clock these days. Flying around Mount Panorama is the easiest way to guarantee yourself a speeding ticket, or worse.

Does it get any better than 17 acres, your own private orchard, and a VIP view of Australia’s most famous racetrack?

There has probably never been a finer lap of the legendary Australian track.