DriveTribe Is Finally Shutting Down for Good

Content creators have until the end of January to back up any work written on the social media platform.

Automotive social media site DriveTribe shared Monday morning that it will officially shut down at the end of January. Worryingly for users, this gives them just a few weeks to save years of unique content submitted to the site's various "tribes."

Marketed as the brainchild of The Grand Tour hosts Jeremy Clarkson, Richard Hammond, and James May, it was first launched in November 2016 and brought an entirely new light to the online car community. DriveTribe says that the reason for the shutdown is multifaceted but mostly boils down to "significant industry challenges" that reared their heads during the COVID-19 pandemic. Moreso, the global semiconductor shortage has reportedly led to reductions in automakers' marketing budgets, which in turn has cut into one of DriveTribe's core revenue streams: advertising.

In 2018, DriveTribe announced that it had lost $16 million in two years of operation. Hollywood entertainment site Deadline reported on DriveTribe's potential sunsetting in December 2020 and noted that the platform had hoped—but failed—to be profitable that year. Unfortunately, its aspirations were crushed when the pandemic hit, and the platform continued to run on fumes despite a successful round of fundraising earlier that year. The site had approximately $3 million ($2.2 million British Pounds) in cash reserves that it deemed sufficient to keep the lights on for around 12 months. Now, just over a year later, the site has announced its official shutdown. DriveTribe Chief Executive Officer Jonathan Morris said at the time that the social media platform had approximately 140 million monthly users across its various channels.

"It’s a crying shame that we have to let this go. DriveTribe and FoodTribe are brilliant platforms that have inspired many new writers and bloggers to come up with great stuff," said James May in a written statement. "But ultimately, this is a business, and businesses are being kicked in the nads by everything that’s going on in the world. It’s not the absolute end, though. We still have an outlet for food and car tomfoolery, so the global economy can whistle dixie out of its arse. See you soon."

Clarkson's written statement on DriveTribe said that he was "disappointed that challenges in the industry—not in the least helped by the ongoing pandemic—have simply made it impossible to continue with the business in its current form."

Hammond shares the sentiment of disappointment but encouraged current users to continue following DriveTribe's social channels as they will be populated by content from Hammond and his classic restoration workshop.

The three entertainers have not mentioned the shutdown on social media following the official announcement.

For those who have written articles on DriveTribe, the staff says that you can back up a copy of your work by generating a PDF via the "Share" icon of any post. This will save a copy of the article in its current state along with the view counter. Quizzes and polls cannot be saved.

I asked my colleague Hazel Southwell for her take on the DriveTribe shutdown, to which she responded, "DriveTribe was never a perfect website; the combination of complete editorial freedom for users and necessary sponsored content by journalists to keep the lights on after Clarkson, Hammon and May’s initial money ran out was always a strange pairing. But the sheer breadth of what it covered, as a consequence, was brilliant and let a lot of writers get started.

"One of the things that was most noticeable was that editors picked talent out of its ranks, actively looking for people doing interesting things and cultivating new work. That didn’t always mean it made the right choices but some extremely kind, talented, and good people who made a huge difference to my own career and other people’s (Mike Fernie, Richard Beech, Tim Rodie all spring instantly to mind) worked sincerely on curating the strange basket of eggs that it was, even and especially after the founders disconnected from it. There’s loads you could say about its premise being cynical—to use user-generated content as editorial—but the execution was loving, sincere, and nurturing."

I'd recommend that users also submit their link to the Wayback Machine so that others can easily find a copy using the same link later on. 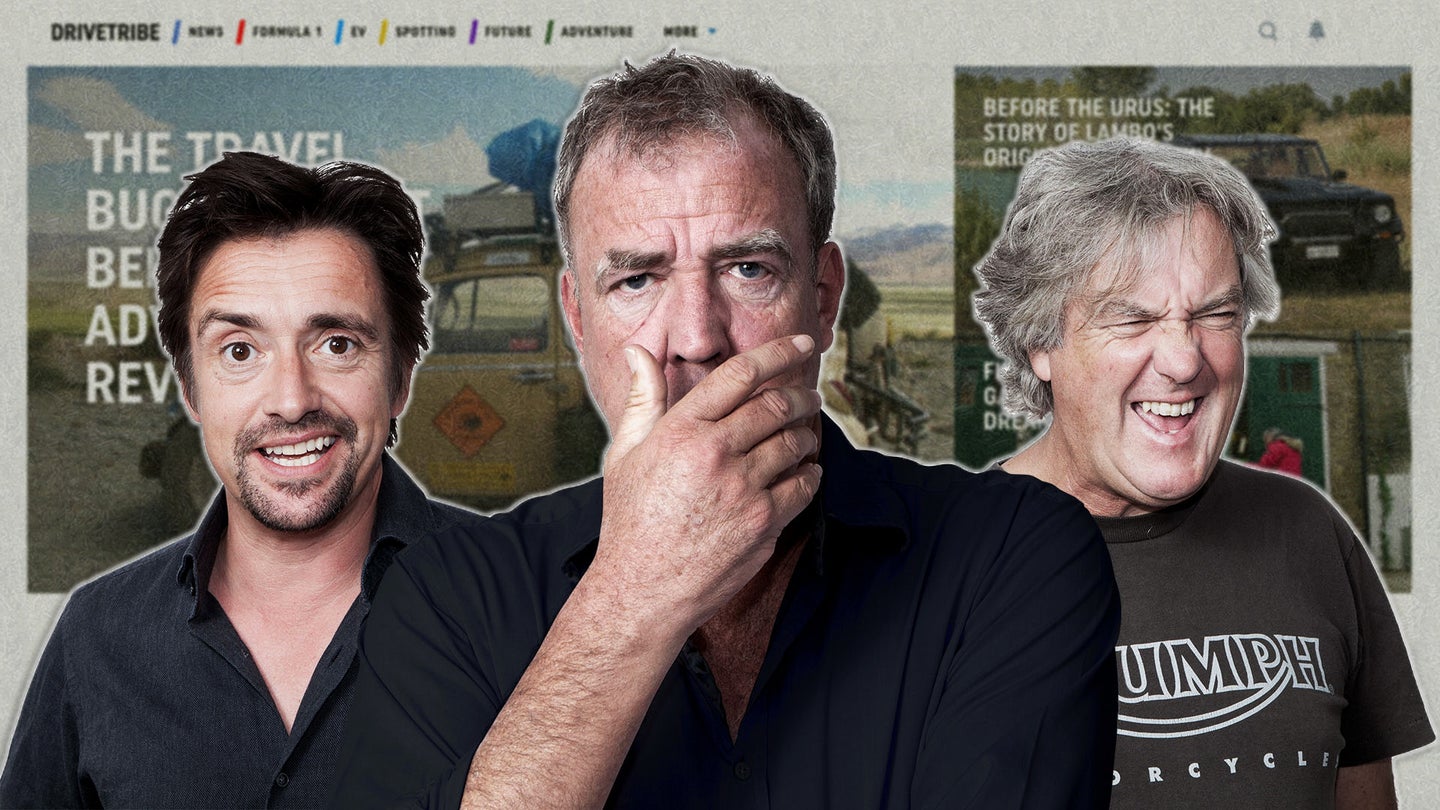 Ever wondered how F1 cars would look wearing soccer club colors? Probably not, but here’s how.

The 17 Craziest DriveTribes You Must Join Today