You won’t see it in the sky, but you can catch it online. 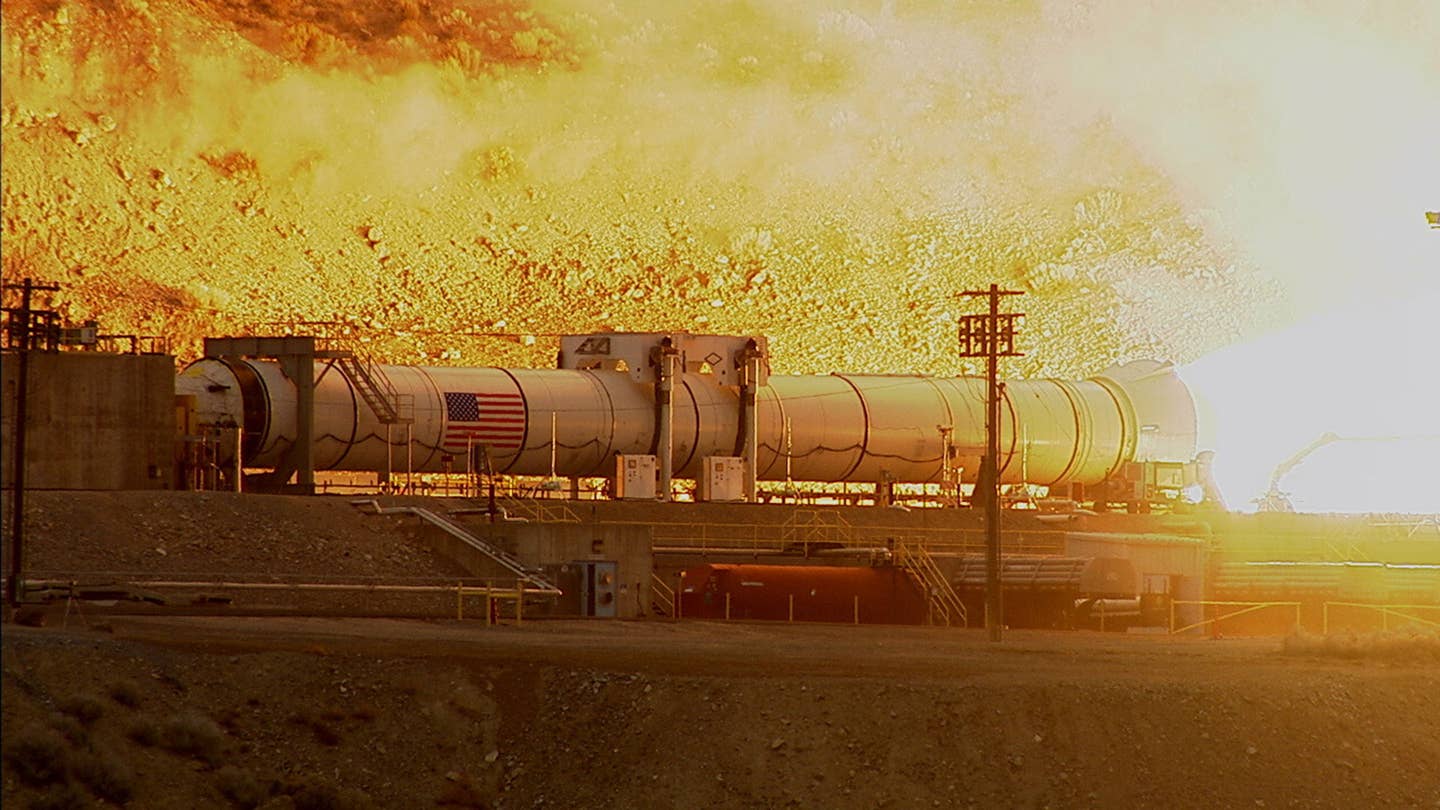 At 8:05am this morning Mountain Daylight Time, NASA will light the wick on the largest solid-fueled rocket booster ever built to fly for its final test before it goes to work helping lift men to Mars. And because we all deserve a little entertainment in exchange for our tax dollars, NASA will be broadcasting the test live online.

The solid rocket booster is a crucial part of NASA's Space Launch System, better known by car guys as "that other SLS." Two boosters will be used to help launch the multi-stage rocket off the ground, each one half the length of a football field and kicking out 3.6 million pounds of thrust. Each one is based on the solid rocket boosters used for the space shuttle; compared to the shuttle's strap-on rockets, however, the SLS boosters are 20 percent larger and provide 25 percent more power.

Obviously, NASA needs to be sure the boosters work before testing the full SLS with an unmanned launch in 2018, so the space agency has been running them through a literal trial by fire while they're still Earthbound. Today's burn will be the final ground test for the solid rocket boosters before affixing them to the full-scale SLS; the rocket will be strapped onto a 6,500-ton chunk of concrete outside Promontory, Utah, to keep it from running wild. And wild it would run, if it could; during the two-minute trial burn, the rocket motor will burn though its solid-fuel propellant at a rate of six tons per second.

You can watch the test on either the NASA TV website or on NASA's Facebook page. In case you hadn't noticed, we're big boosters of Facebook Live, so we highly recommend the latter course.

Update: We’ve added NASA’s video of the launch below.

Congress to NASA: Forget Asteroids, Let’s Go Back to the Moon