"Free" isn't so free after all. 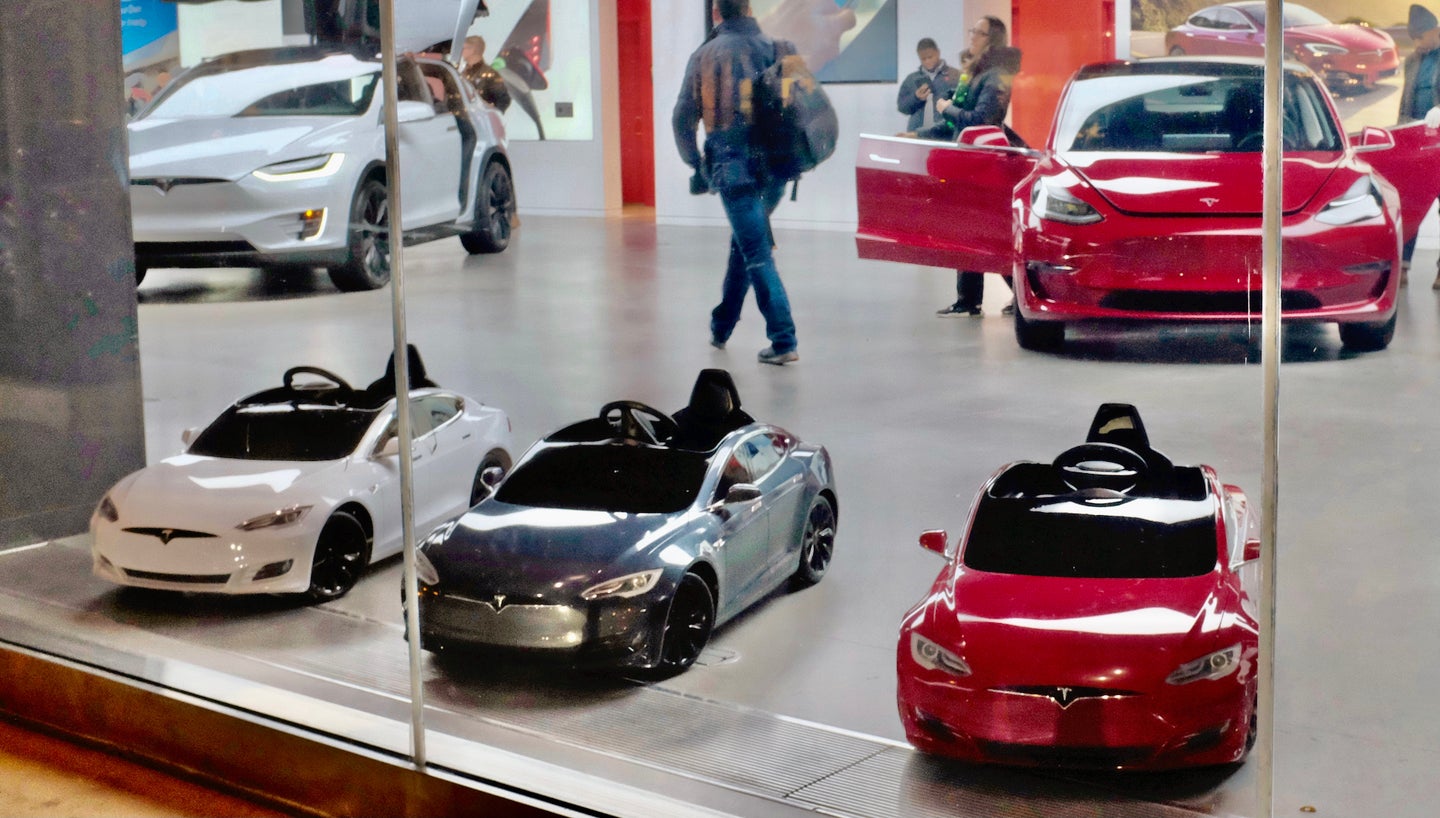 Remember Tesla's referral program? You know, the one where Tesla owners would get various prizes, incentives or Supercharger network deals for getting their friends to buy a Tesla? It was a surprisingly effective tool for the electric automaker to convince owners to sing praises of their cars, and often translated to YouTube videos, forum posts, and Facebook comments where owners spammed their codes in order to claim a number of prizes from supercharging miles to a free next-gen Tesla Roadster.

Well, like most things in life, these "free" prizes weren't exactly free. As many found out when filing their taxes, the rewards given out to owners who convinced friends, family, and internet strangers to use the referral code when buying a new Tesla are completely taxable—meaning many are now on the hook for ponying up some additional cash to the U.S. government, and for some, that could add up big time.

This shouldn't come as a surprise—taxes are part of life's three certainties, along with death and trouble—but for many unsuspecting owners who were looking to score some swag on Tesla's dime by earning the automaker a new sale, a 1099 form from Tesla was one of the last things that they expected to receive in the mail. Instead, they likely expected a set of wheels, a Powerwall, or one of the other referral prizes which could have been earned simply by giving out their referral code to a future owner.

The rewards, of course, are all premium items offered by Tesla, some more expensive than others. For example, a set of 21-inch Tesla Arachnid wheels with Michelin Pilot Super Sport tires (a package which is no longer offered as a referral prize as of writing) would run owners $6,000 if purchasing directly from the automaker. Previously, owners who referred five new customers to Tesla could claim a set of these wheels as a prize.

Once the prize is claimed and a service appointment scheduled to install the claimed prize wheels, owners would be instructed to fill out a W-9 form—an indication that tax remittance would be needed when filing annual income tax. However, over the past year, owners across several Facebook groups and internet forums have been surprised that Tesla actually sent out a 1099 form for the prize's value.

But while owners have been surprised about this outcome, Tesla has been fairly upfront about this. Even on its referral program page, Tesla states "the referral award winner is responsible for associated taxes and fees", essentially giving a heads up that receiving a referral reward valued at over $600 would be taxable just as if the recipient had won any other monetary sweepstakes.

Some reward winners still remained confused, especially as information on the internet interprets these rewards as gifts and not prizes, mistaking the potential tax liability which could cost owners anywhere from $600 to $2,200 depending on their tax bracket—exactly why advice like this should come from a professional and not a random forum-goer. Powerwall awardees have even more tax liability, reaching as high as $8,800 for a single referral reward.

When trying to reach Tesla for help and clarification, some owners have been left spinning tires. One Facebook poster indicated that the phone number on the 1099 form leads to an answering machine. We at The Drive called the number and were greeted with a short message: "If you are calling about a 1099 form, this is the incorrect line. Please try another number."  In a world when marketing is a game played with unpaid volunteers competing for prizes (which have been called "rogue car salespeople") and a PR department is viewed as a manipulative tool, it's no surprise that there's a bit of confusion around this process. Normally, we'd reach out to the automaker for comment, but this is Tesla, so no such luck.

Today, Tesla's reward program is a drastically downsized version of what was once the automaker's best guerilla marketing strategy. Instead of wheels, wall chargers, and "amazing adventures" (like driving a boring machine, watching a SpaceX launch, and racing the Tesla Semi), referral codes simply generate 1,000 miles of supercharging or perks for Tesla's energy products. The automaker has previously announced that it would permanently end its referral program back in 2019, and had previously flip-flopped on its early referral advantage of free unlimited lifetime supercharging, but this hasn't kept owners from redeeming some of their prizes for future Tesla products.

That means those with the highest liability haven't even received their rewards yet. Owners and influencers who scored the best perk of all—a free next-generation Tesla Roadster—will surely be the ones contemplating even collecting the reward due to the cost, that is, whenever the Roadster is actually released.

Got a tip or question for the author? Did you get a 1099 form from Tesla? Let us know. Reach me here: Rob@thedrive.com