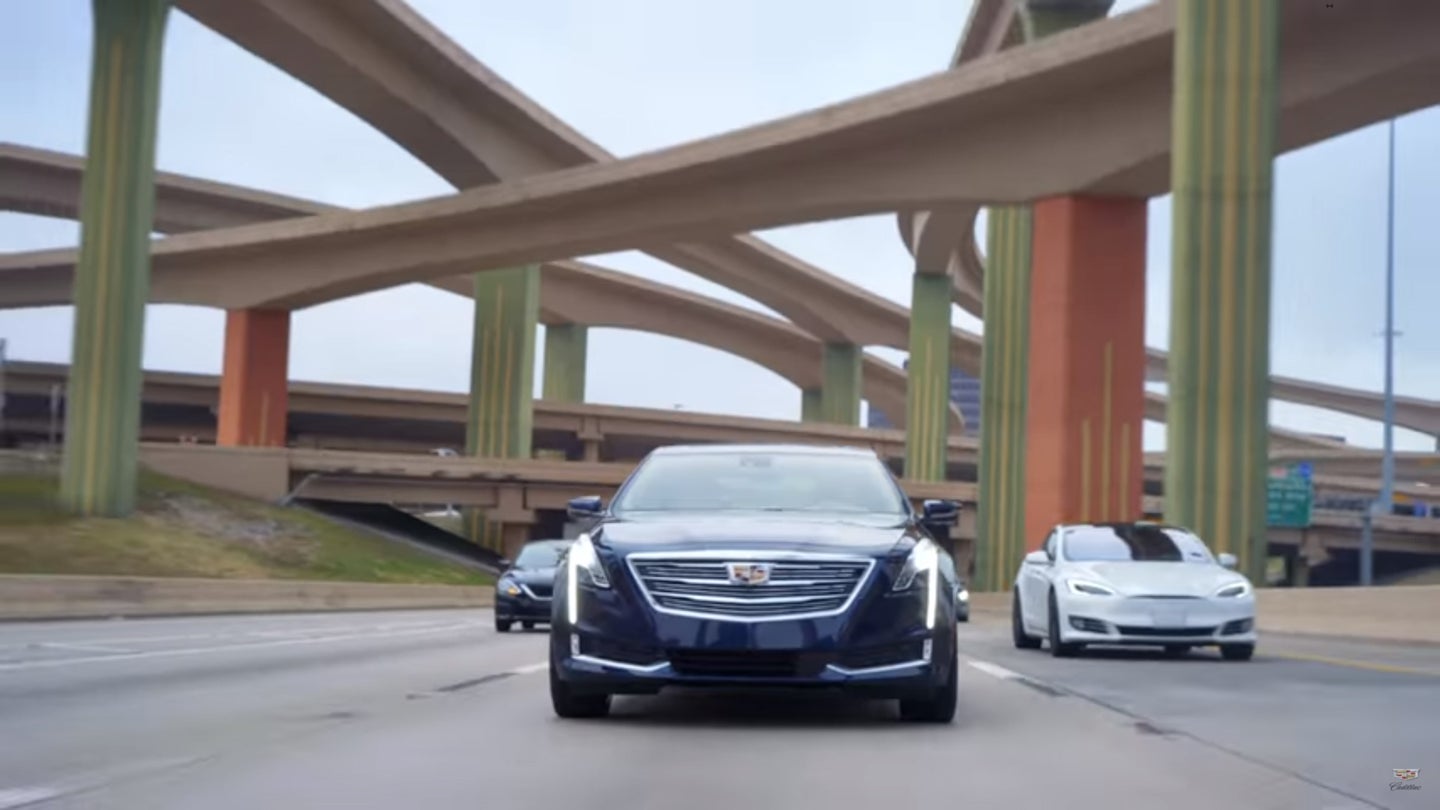 When most of us think of Tesla, we think about an automaker specializing in electric cars. One that beat the majority of automakers to the proverbial electric punchline and is super quick down the track. Something that we might forget is that Tesla is more than just an electric car company; they are also a technology company. In GM's latest Cadillac ad, it wants to subtly remind you that it too can be a Tesla beater.

Autonomous driving is one of the exciting and unfortunate paths of the future. On one hand, less traffic, less accidents, and more predictability on the roadways sounds great, but on the other, you lose control of your car. At this point, it's fair to say that although the technology is fairly immature, most automakers are pushing for its adoption. Tesla's notable Autopilot is one of the best in its class, making driver's lives easier by cruising along the highway without needing to worry about what's around them.

GM's entry to the playing field, Super Cruise, is one of Detroit's first live offerings to consumers, and it's actually pretty good. It's good in a sense of, it works on the highway, much like Tesla's Autopilot, but no matter the automaker, city driving is still something that needs to be refined. Despite the difficulties, it goes without saying that competition can be good. As more automakers begin to develop autonomous technology and standards are put in place among the community, self-driving cars can be made safer and more affordable.

In the latest Cadillac 15-second short, GM reminds you that you don't necessarily have to fool the system and can actually take your hands off the wheel. You might not notice the quick little one-second hint that GM stuck in there for fun, but it's implication that Super Cruise can outperform Tesla's Autopilot.

Self driving technology has a long way to go before it becomes flawless. Even GM has its uh-ohs that it needs to come back from, and Tesla's Autopilot V2 is far from being the technology that most drivers desire. In the future, the many different forms of driver assistance will continue to aide with the development of autonomy, but until it's perfected, the public will need to continue to get over its fear.