We’ve all heard Colin Chapman’s famous “simplify, then add lightness” line repeated by friends, weird car Twitter, and car journalists enough times to make our eyes roll. It remains a good philosophy for building a fun car, but it’s not a perfect solution.

For my fellow photography nerds, the Chapman quote is kind of like the car-scene equivalent of saying, “I believe it was Henri Cartier-Bresson who coined the term the Decisive Moment.” But like I said—it remains relevant, especially when you’re in a situation where you’re trying to upgrade a car with meager aftermarket support and minimal horsepower to start.

I’m of course talking about my own situation with my Mazda2.

100 horsepower is nothing to scoff at… if you’re coming from a non-turbo, diesel MK2 VW Golf. Otherwise, it’s not much.

Mazda did consumers a real solid with the DE-generation Mazda2 from the get-go. Through clever engineering, and a natural mantra of keeping cars light and fun, the manual-transmission Mazda2 weighs in at 2,306 pounds from the factory. That’s frankly amazing for modern automotive engineering. It’d be nice if they gave it, oh, 30 more horsepower, too, but that’s another blog.

For dieting, 2,306 is a great starting point. When it came to lightening my Mazda2, swapping suspension pieces for lighter aftermarket coilovers, upgrading to lighter aftermarket wheels, removing the front swaybar, and pulling the spare tire and jack made a nice difference. With those reductions, the car felt mildly quicker on its feet; as if it was a little more willing to jump forth at lights.

When I weighed my full-interior 2 in this spec, it came out to around 2,223 pounds with (if I recall correctly) half a tank of gas and nobody in the driver’s seat.

Though, like any track car project, I wanted more. My mindset was “wow, I’ve gotten it this light, what else can I easily do to lighten it up?”

Lose the interior! Another great thing Mazda did with the 2: make everything inside super easy to remove. I pulled off a couple of plastic covers and went to town with a 14mm socket. When I was done, I had both front seats and the rear bench removed. Though, where was I to sit?

I got my hands on a Sparco QRT-R FIA-rated racing seat and aluminum side mounts, with a Planted base to make it all bolt up inside my 2. I lucked out; the seat cleared the B-pillar trim easily, was positioned right in front of the pedals without issue, and I had the ability to run the stock seatbelt without any concern for safety. Well, besides losing the OEM seat bolster airbag(s).

I also lucked out that it was very comfortable and daily-friendly for a racing seat. Plus it dropped the seat height substantially, which greatly improved head and helmet clearance.

All said and done I got the car down to just 2,098 pounds, though I forget how much gas was in it. Holy shit, in a model-year 2014 car, with airbags (well, fewer airbags now), and nothing else done. I like to think the Sparco seat setup helped with weight distribution, too. The seat itself weighed something like 16 pounds, and the heavy steel base shifted a little bit of weight down low for, ya know, handling and stuff.

As for the corner numbers looking a little wonky: this photo was taken at some stage while fiddling with the coilovers, trying to improve the cross weight while losing weight. I struggled to get the best setup, to say the least. I’ve never been good at this part of setup, but that’s what I’ve got planned for future Car Bibles blogs: my quest to improve!

What a change! I had an ultra-light modern car that also felt noticeably more sprightly on the street and track. It zipped away from lights and climbed the revs noticeably quicker; 200 pounds makes a heck of a difference when you’ve got just 100 flywheel horsepower. It felt like it accelerated out of corners much quicker than before. I also happened to set my personal best time on Buttonwillow Raceway Park’s 13CW configuration: a high 2:15.XX.

What Goes Down, Must Come Up (Elsewhere)

Here’s the rub: driving around got significantly noisier. Since Mazda engineered these cars to be as light as possible, they barely had any sound deadening in them off the dealership floor. It seems like they relied on the rear bench, spare cover, and lower seat foam to keep noise out because driving around without them became so freaking noisy.

I put the front passenger seat back in when I started dating my girlfriend; she was not a big fan of the car’s “ambiance” on southern California’s freeways. Jaunts up to LA restaurants from Long Beach and back felt longer and caused more overall fatigue. Combine that with my stiff-as-hell, track-centric suspension, and it wasn’t exactly the best setup for early impressions.

That’s a whole ‘nother aspect of balancing track car goals with daily-drivability: “Does it impede dating?” About a year or so ago I went back to a full OEM interior. Not because my girlfriend was threatening to leave me, but rather I found myself a bit more beat up than usual after a year of daily driving with this setup. I wanted to regain some comfort.

I recently got within a second of my personal best at Buttonwillow Raceway Park 13CW with a full interior and pretty-cashed 200TW tires. I’m wondering what would happen if I refreshed the alignment, returned to this barebones interior setup, and threw on some fresh, sticky rubber. Especially considering I no longer have a commute. I actually pulled the rear seats again the other day, and scheduled an alignment for later this week… stay tuned. 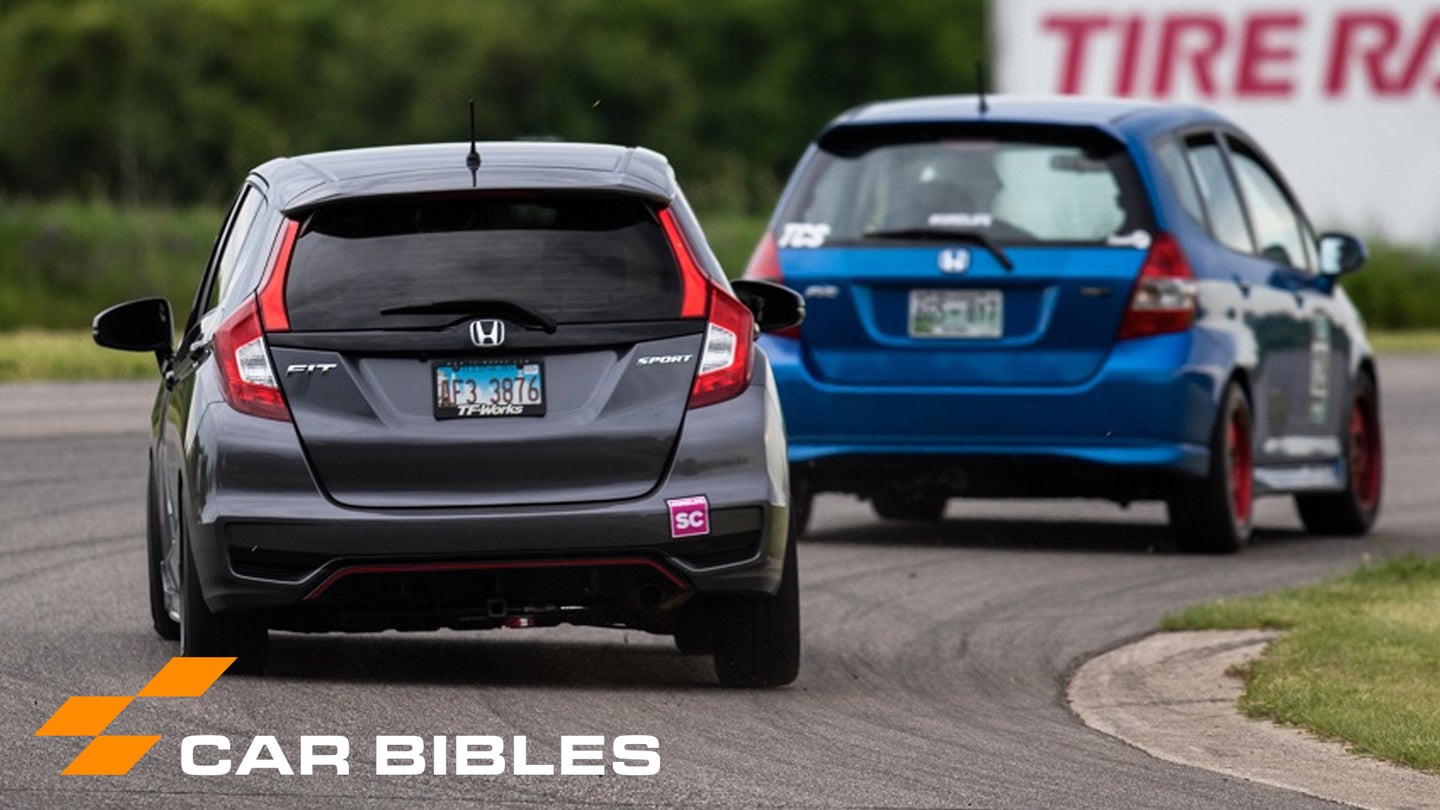 This popular time attack series is a haven for momentum cars and prides itself in community and driver development. 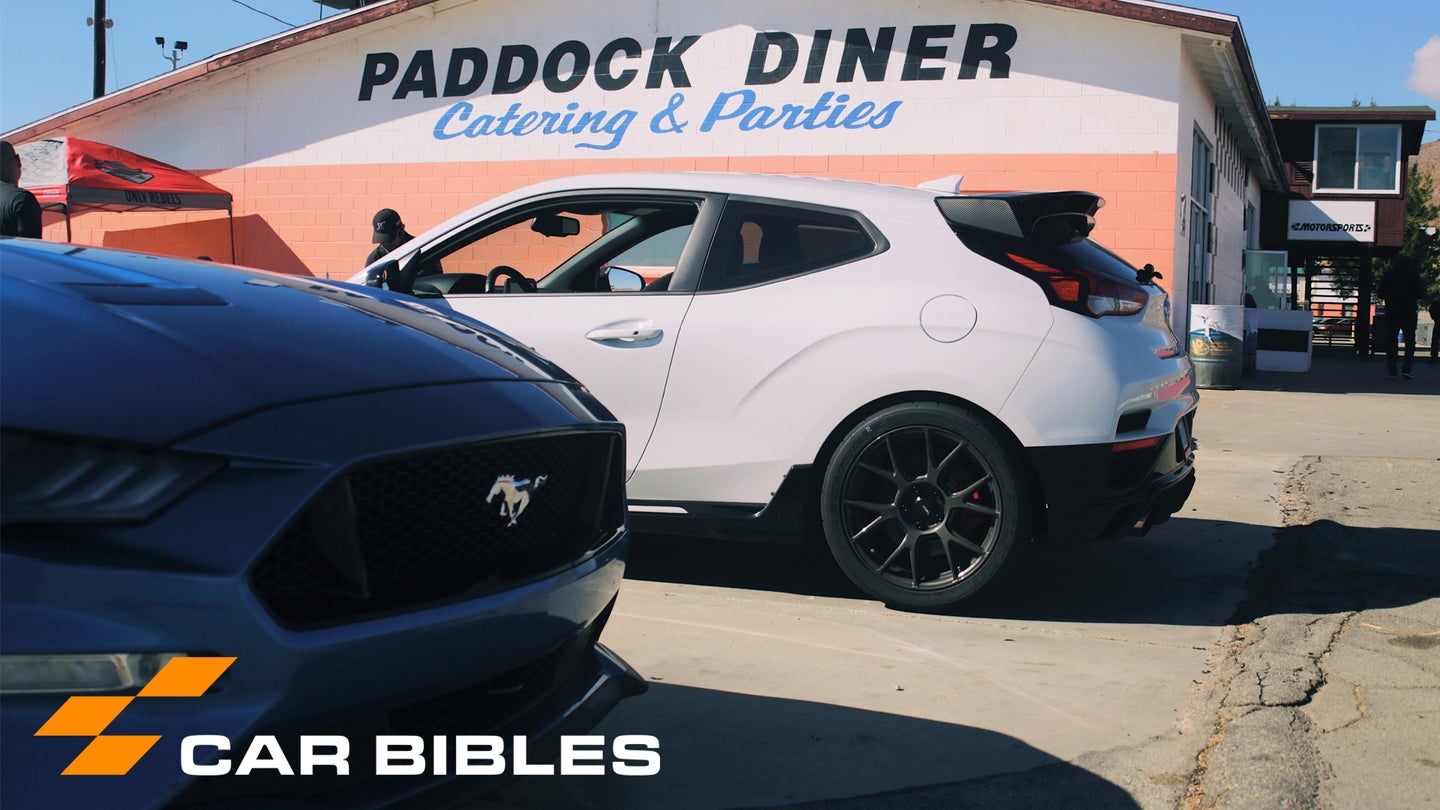 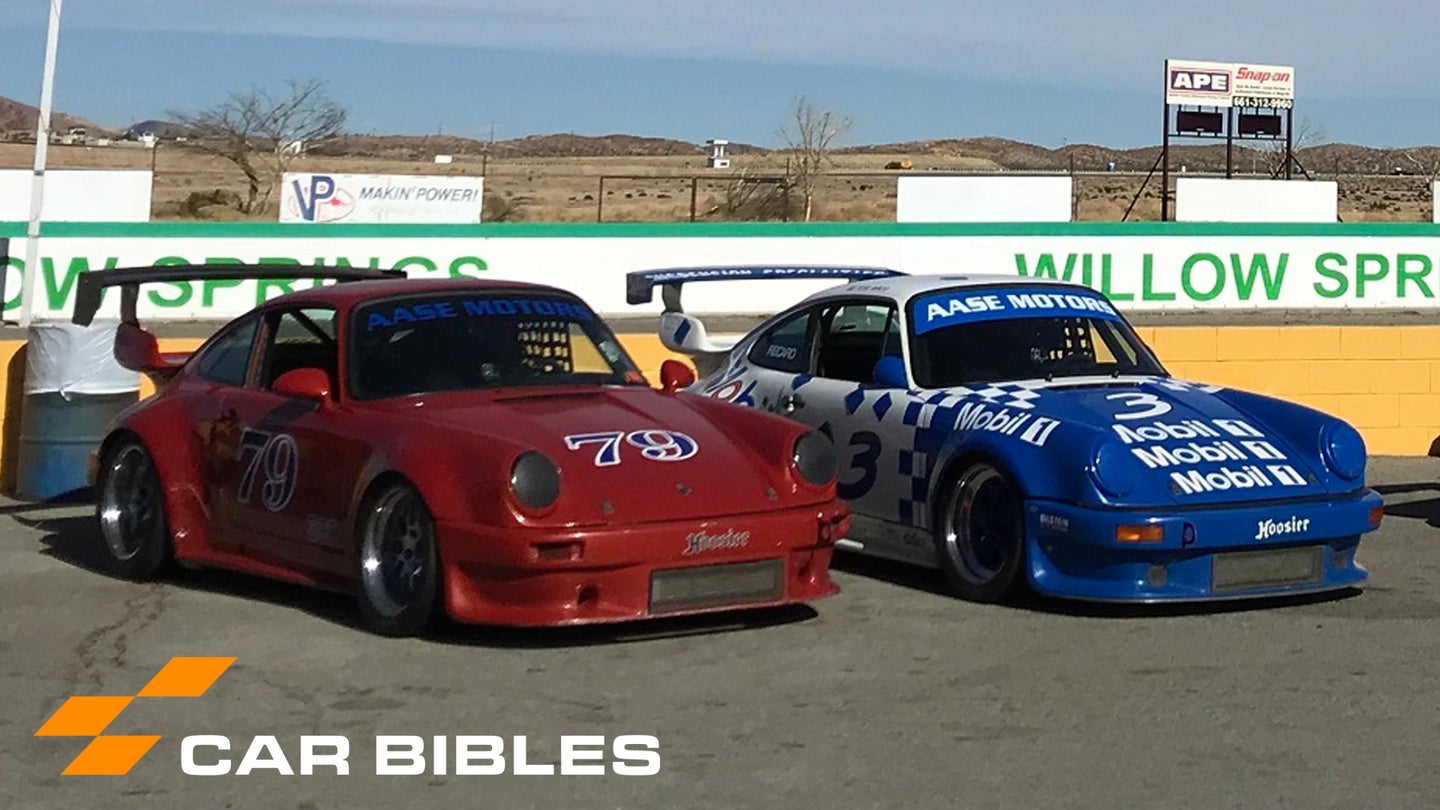 Like a lot of sports, hobbies, goals, strategies, whatever, getting the basics down ensures a strong foundation to improve upon.