Giant Lifeboat Gets Smashed Up Between Cruise Ship and Container Crane

They’re for buoyancy, not buoys. 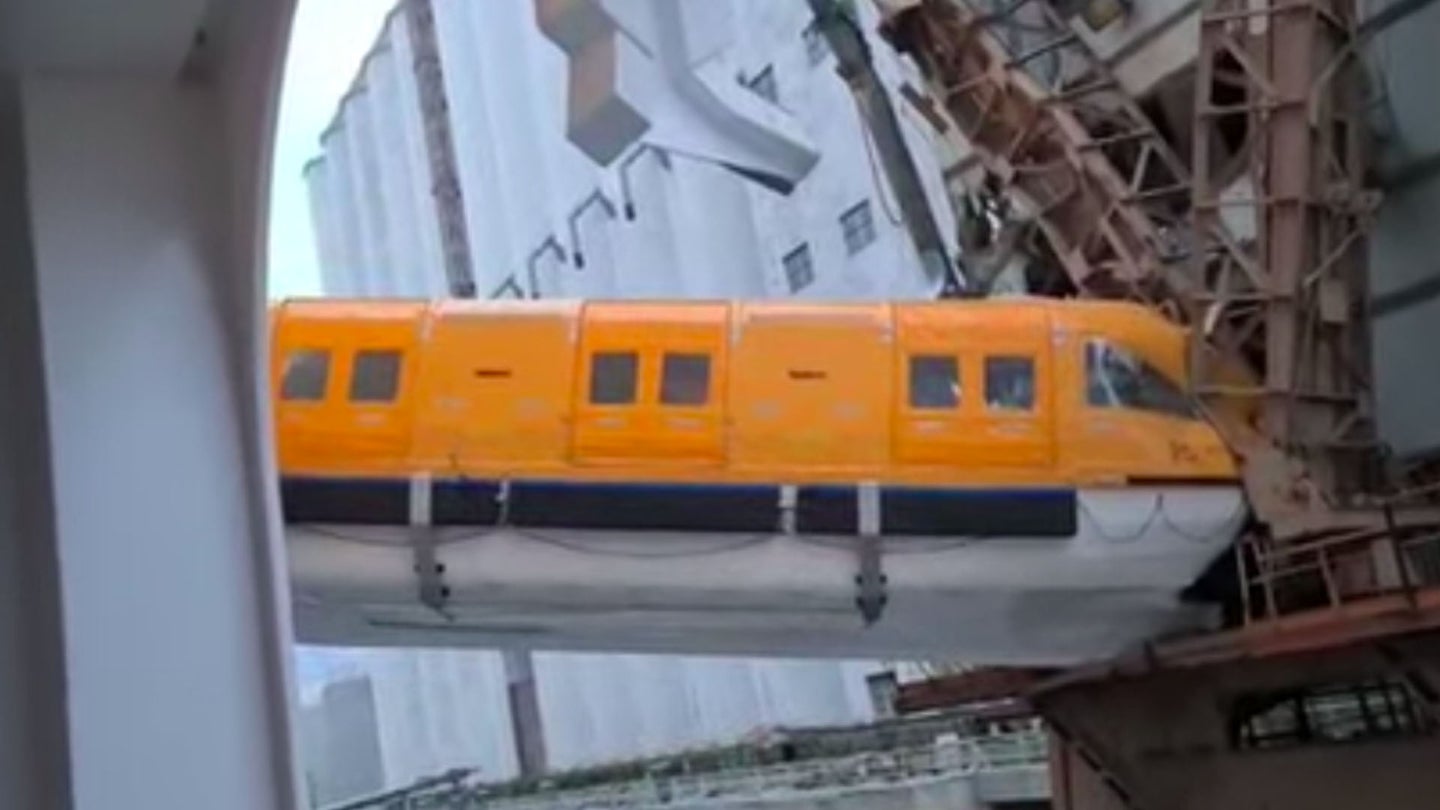 An Italian cruise ship suffered a mishap in docking on a fairly monumental scale when it used one of its own lifeboats to cushion the blow of running into a dockside crane. The video, posted by Crocieristi.it, an Italian YouTube channel dedicated to cruise ships—because who doesn't need one of those in their life–shows the Costa Smeralda bungling its landing at a pier and somehow hitting the crane, getting one of its lifeboats entangled.

It's particularly dramatic because the Costa Smeralda has 440-person capacity lifeboats, the biggest on any commercial cruise liner. Also, it really shouldn't swing out sideways like that—they're designed to be lowered straight down from where they rest at the side of the cruise liner. And it definitely, um, shouldn't end up looking like this.

Apparently, the Costa Smeralda is due to go back into operation on March 13, which should be enough time to rustle up even a truly gigantic lifeboat. The port's local outlet Savona News also reported that it damaged buildings and the crane, a 440-person lifeboat not turning out to be a very good safety buoy for a ship that weighs more than 185,000 tons.

Of course, if you'd like to try this at home—and you probably shouldn't—you can get your own cruise liner for a mere $155 million. Or for the low, low price of just $25, look at some rotting on the sad coastline just off the world's most COVID-infested island.

Alternatively, stay home and watch the strangely satisfying process of a really big boat getting crunched:

Some families were so aggravated with the experience that they retreated to their cabins for the duration of the cruise.