True believers of “save it for the track.” 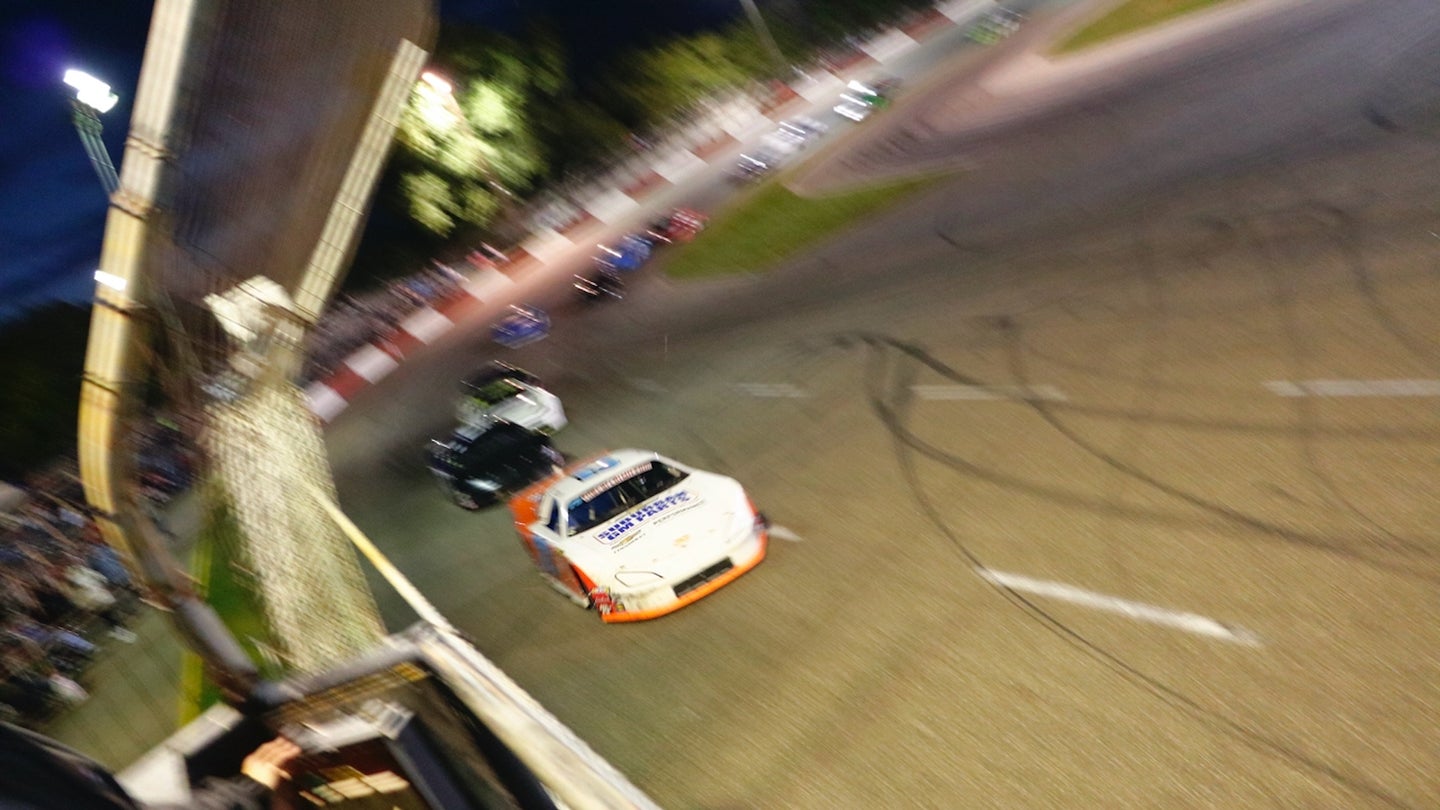 While most of the country sheltered during 2020's COVID-19 lockdowns, many street racers took to America's empty roads, treating them as their personal racetracks. Others heeded calls to save it for the track, but not in the way anyone meant, as instead of paying for a track day, a group of suspected street racers broke into a closed racetrack in Minnesota.

The break-in was discovered early Sunday morning, when an officer with the Elko New Market Police Department stumbled across "dozens of vehicles and people" at Elko Speedway, reports Fox 9. Like most local short tracks around America, Elko Speedway had closed for the season, even though Minnesota had allowed the facility to host racing as of August according to Sun This Week. Review of surveillance footage reportedly suggests the group entered by "disabling" a security gate, confirming the assembly was not sanctioned by the track, and was thus not lawful.

The officer noted vehicles both outside the track and in, but before they could organize an investigation, the crowd reportedly dispersed, with many vehicles fleeing northward toward Minneapolis on the nearby Interstate 35. No arrests have been made, though authorities are reportedly searching for leads in surveillance and dash cam footage, as well as social media. Police also tentatively hope to establish a link between this break-in and the other incidences of street racing across the state; a problem that has plagued much of the country with commuter traffic reduced for most of the year.

The Drive contacted Elko Speedway for further information on the break-in, and we will update when we receive a response. With the stands (officially) empty until May of 2021, though, odds are nobody's checking the inbox. Not for anything other than correspondence with law enforcement, that is.

Now that’s a room with a view.