The story of the T-Rex and the V13R roadsters is coming to a sad end. 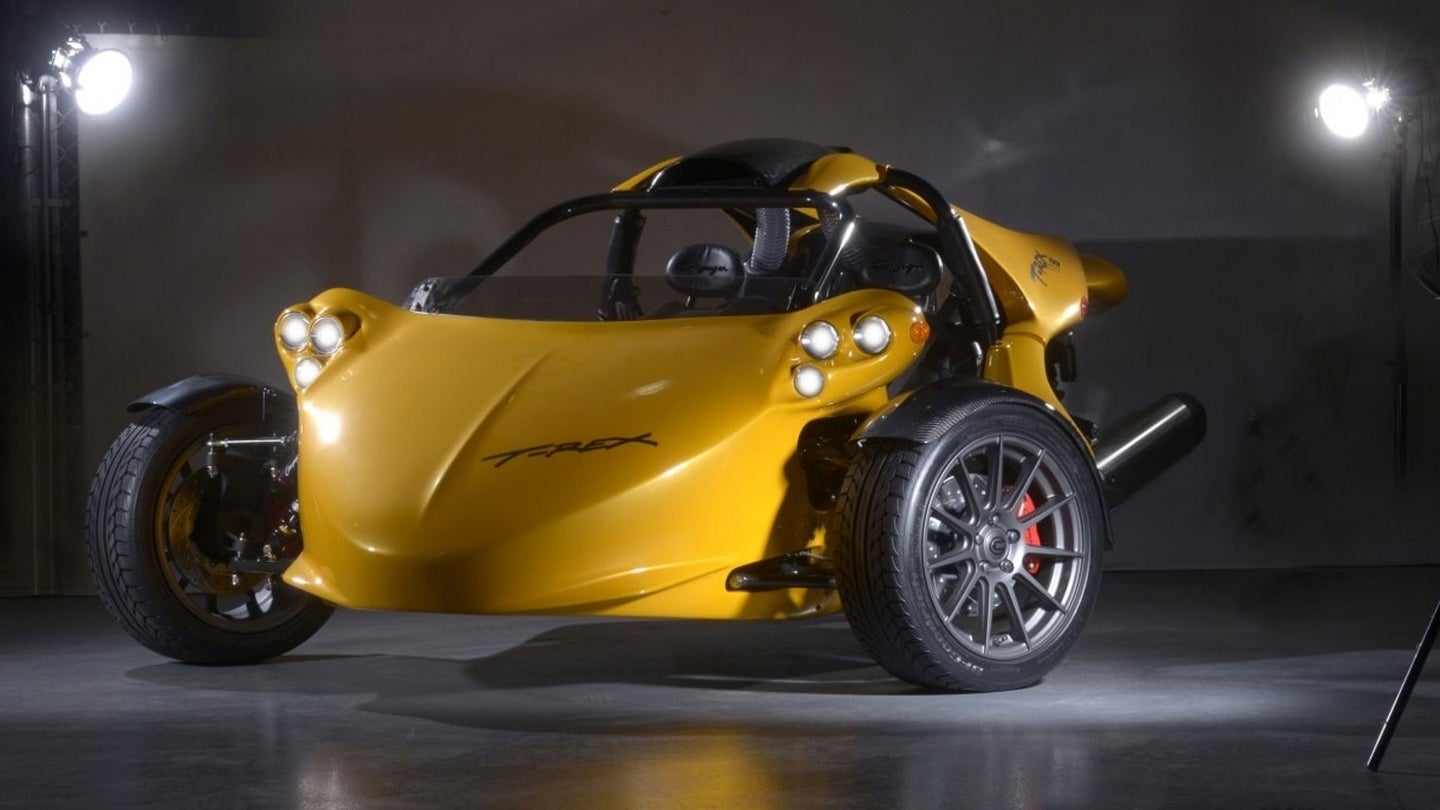 It might be easy to miss, but the small and scrappy Canadian brand that makes wild three-wheeled roadsters like the T-Rex and the V13R is closing its doors. Campagna Motors just announced on Facebook that it was unable to secure the funding that it needed to stay alive and the brand is shutting down.

Founded in Quebec in 1988, founder and former Formula 1 racer Daniel Campagna handcrafted the first T-Rex three-wheelers himself and didn’t come out with his first production model until the mid-1990s. The T-Rex was only available in Quebec throughout the '90s and it finally came to the U.S. in the early 2000s. Various motorcycle engines were used to power the T-Rex throughout its life, most recently, the inline-six from the BMW K1600.

The company was wrought with financial difficulties and eventually bankruptcy through the 2000s and changed ownership until it eventually ended up in the hands of Andre Morissette and David Neault. By the late 2000s, Campagna was still a very low-volume manufacturer making about two T-Rex roadsters per week.

In 2011 the Campagna V13R was introduced. It was a three-wheel roadster similar to the T-Rex, but had different styling and was powered by the Harley-Davidson Revolution V-twin engine used in the recently-discontinued V-Rod.

It’s tough to point out one thing that killed Campagna, but competition from the Polaris Slingshot likely didn’t do it any favors. The Slingshot is a much more affordable and higher-volume vehicle than the T-Rex or the V13R while providing a similar three-wheeled, open-air driving experience. For a higher-end three-wheeled ride, Vanderhall has a growing lineup of attractive options.

We’re not sure Campagna will be sorely missed by many, but it’s still a bummer to see a manufacturer trying something different go out of business.