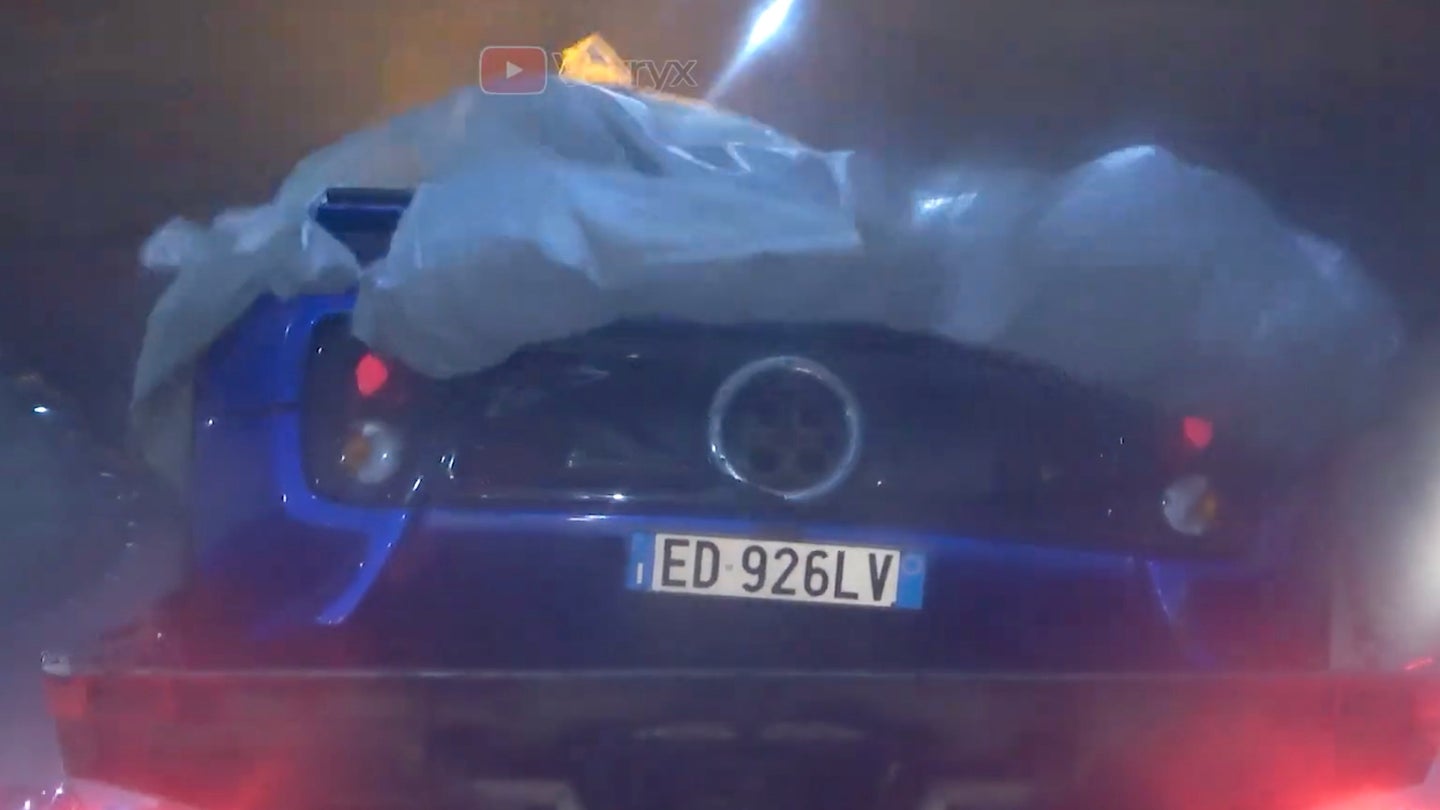 Things go sideways sometimes—quite literally. But it's one thing to have an almost-meet-your-maker moment behind the wheel of a Honda Civic, and another to do so in a rare Italian sports car such as a Pagani Zonda with museum provenance. Sadly, what's what appears to have happened earlier this week, according to Motor1.

The aftermath of that evening found its way to YouTube on Monday, when the Varryx car-spotting channel uploaded footage of a flatbed hauling a half-obscured Zonda. According to the report, this exact example of the one-of-140 supercar was the 20th built, a 2003 S model, which was allegedly sold to unspecified Middle Eastern royalty before being bought back.

After making its way back to Italy, it was then put on display in Museo Horacio Pagani, the company museum, where photos of its license plate reportedly suggest it lived until at least a year ago, with Horacio himself occasionally taking it for drives.

Whether it was Horacio himself or someone else that crashed this Zonda, however, isn't yet known, and neither is the extent of the damage.

The Zonda's depressed right rear corner and scratched paint suggest a burst tire if not suspension damage, though the absence of footage on the car's right side makes this impossible to guess. Being a museum-kept supercar, it's entirely possible the crash was caused by dry-rotted tires, the same thing that reportedly killed Paul Walker, though the rainy weather may have contributed too.

Either way, this debacle will teach someone a costly lesson about how well they handle high-performance cars, should they decide to learn anything from it.