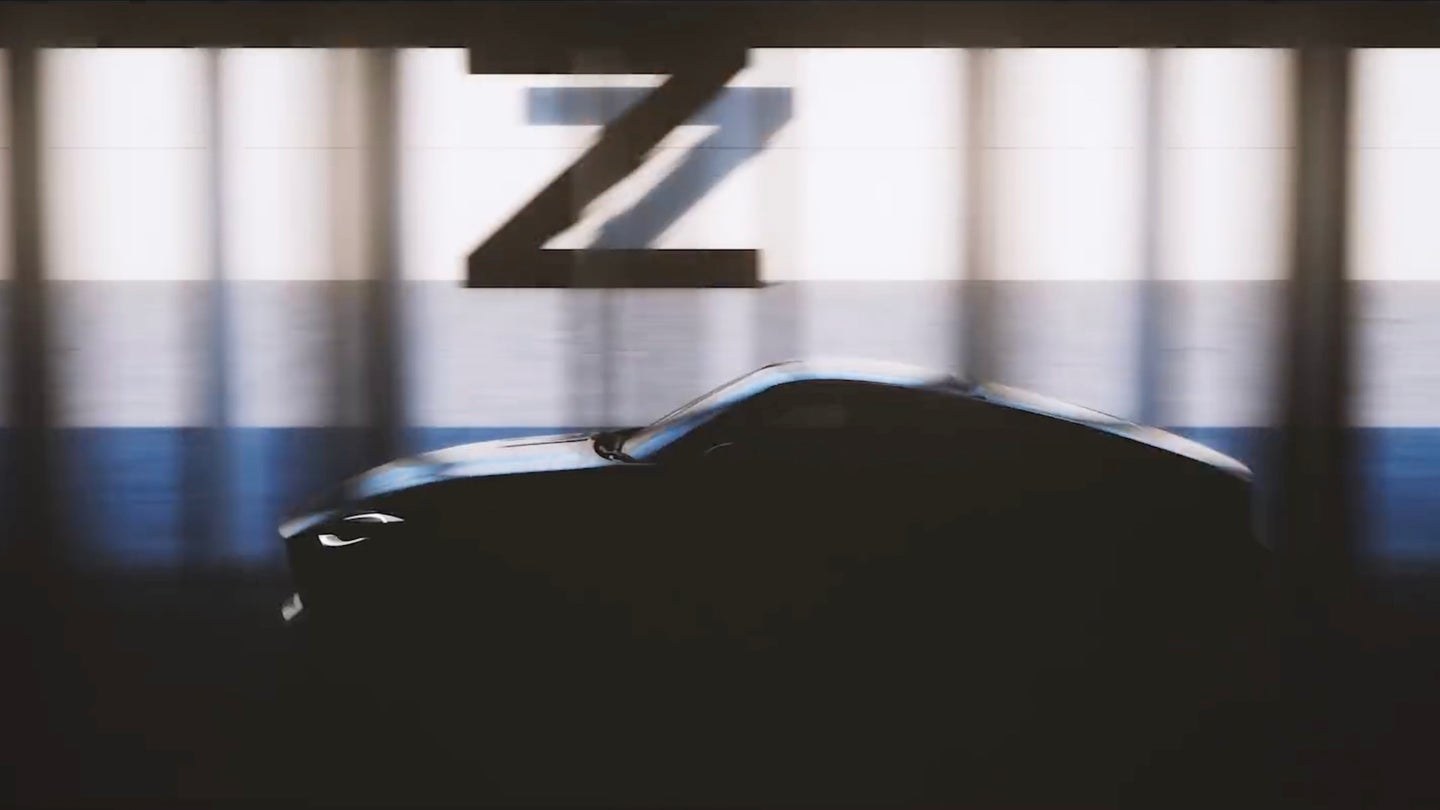 The day has finally come, people. After years of waiting and dozens of rendering and teasers, Nissan will reveal the much-anticipated Z Proto tonight. You can catch the livestream that kicks off at 8:30 p.m. ET/ 5:30 p.m. PT on Nissan's site. Alternatively, check back here at The Drive at precisely 8:45 p.m. ET/ 5:45 p.m. PT when we'll drop all the juicy details and high-res pictures.

But before the Z's big official debut, let's recap what we know about it so far, shall we?

Unless Nissan is preparing to reintroduce the Z as a crossover and the past few months of teasers have just been one big misdirect, the Z Proto will definitely have two doors, four wheels, and styling inspired by its ancestors. Specifically, the rear-end will pay homage to the 300ZX—if this sketch posted by Nissan design boss Alfonso Albaisa holds any water. The future Nissan sports car has been confirmed to get a manual transmission and also sound like this:

Rumors say it'll start at under $40,000 while rocking the 400-horsepower, twin-turbo V6 from the Infiniti Q60 Red Sport 400, a significant leap above the 370Z's naturally aspirated 332 hp. Other rumors allege an electrified variant will arrive sometime in the latter half of the decade.

For those unfamiliar, the current 370Z has been in production since 2009, an eternity in car terms, and a successor has been long overdue. Needless to say, anticipation is high as are expectations.

What are you all hoping to see in the new Z? Feel free to sound off in the comments.