Think Your Car Door Sounds Nice and Solid When It Slams? It's Faked

Those doors were carefully engineered to sound much sturdier than they really are. 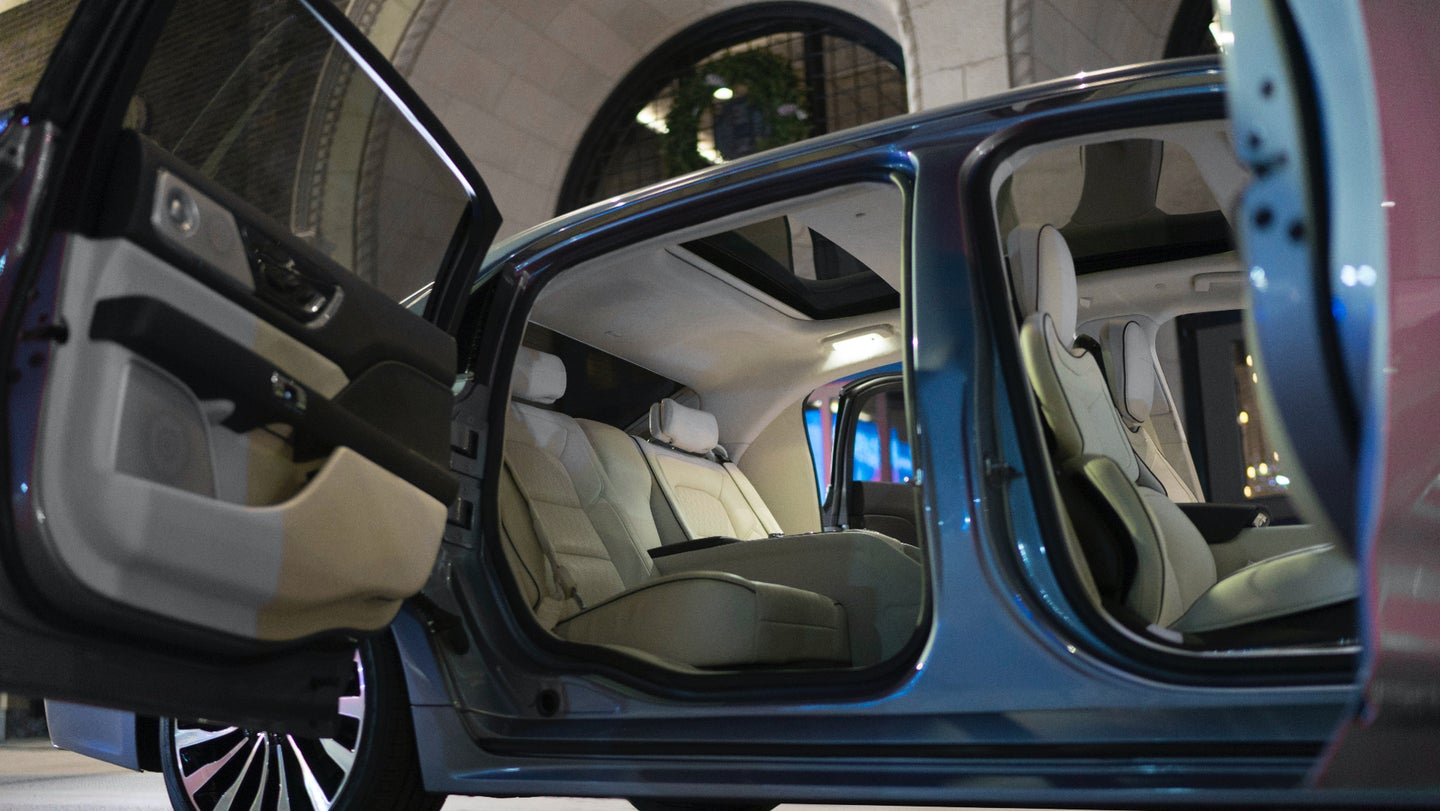 The sound of your car's door slamming is a lie. A trick. A clever ruse. And it's all thanks to the engineers who designed your car.

Your car doors are carefully designed to sound sturdier than they really are, reports Mel. You can thank psychoacoustics for this practice, which is the study of the mind's perception of different sounds.

Here's an example: Ever experience the satisfying thud of closing a 1980s BMW door? There's a heft to those doors that makes them feel solid. Substantial. You're safe here. This car is well-made.

Yet we all know that even high-end cars have lost a lot of that extra heft, largely thanks to advances in automotive safety, as AutoBead co-founder James Ford explained to Mel:

Engineering the sound of a car door closing can be traced back to changes in the car manufacturing industry 10 years ago. Increased safety measures meant that car manufacturers had to add extra bars to the side doors to meet safety regulations, which subsequently impacted the sound that doors made while closing

So, while your car may be safer now, automakers know that you associate that meaty clunk with quality.

Less expensive cars have emulated this, too. The author of the Mel story talks about how satisfying the sound of his 2012 Nissan Sentra's door slamming is, and a Sentra is about as far from a luxury car as you can get without buying something like a Mitsubishi Mirage or a Kandi Coco.

“One of the first things a prospective car buyer encounters is the sound of the driver’s door closing — often inside the showroom. This sound gives a subconscious sense of value,” music professor Jonathan Berger explained to Mel.

Berger, who works in the Stanford University Center for Computer Research in Music and Acoustics, has even tested out this theory by making students in his psychoacoustics class rank different car doors from most to least expensive based solely on the sound of their doors. Respondents claimed that the low, soft thuds with an after-sound of some sort (the example Berger gave with a "ker-chunk") came off as the fanciest. A Purdue University survey from 2016 cited by Mel came to a similar conclusion: tinny-sounding door slams came off as cheap and flimsy.

Car companies know that perception matters when it comes to selling their cars, too. Ford themselves admitted that "engineering the right sound of a car door closing was their first opportunity to make buyers feel the car’s quality, craftsmanship and safety and to justify a premium price tag," as quoted by Mel. Lexus even made a whole video about their quest for the perfect close. Mercedes' own manager of sound quality and design Tobias Beitz also told Bloomberg that "the optimal acoustic design of the door structure, latches and seals" was what signified the quality buyers wanted—not weight. Even Opel—purveyor of fine reasonably-priced European cars—spends a good amount of time analyzing the sounds that different parts (including doors) make before a car goes into production, as shown in the Deutsche Welle video above.

This is why each brand staffs sound engineers like Beitz to make sure the car door has the right combination of foam, mats and other soft components to make you think you're feeling an eighties 3 Series door, even when you've got a modern Sentra. Even the locking mechanism is specifically tinkered with to make the right click.

So, we hate to break it to you—your doors are one big lie.