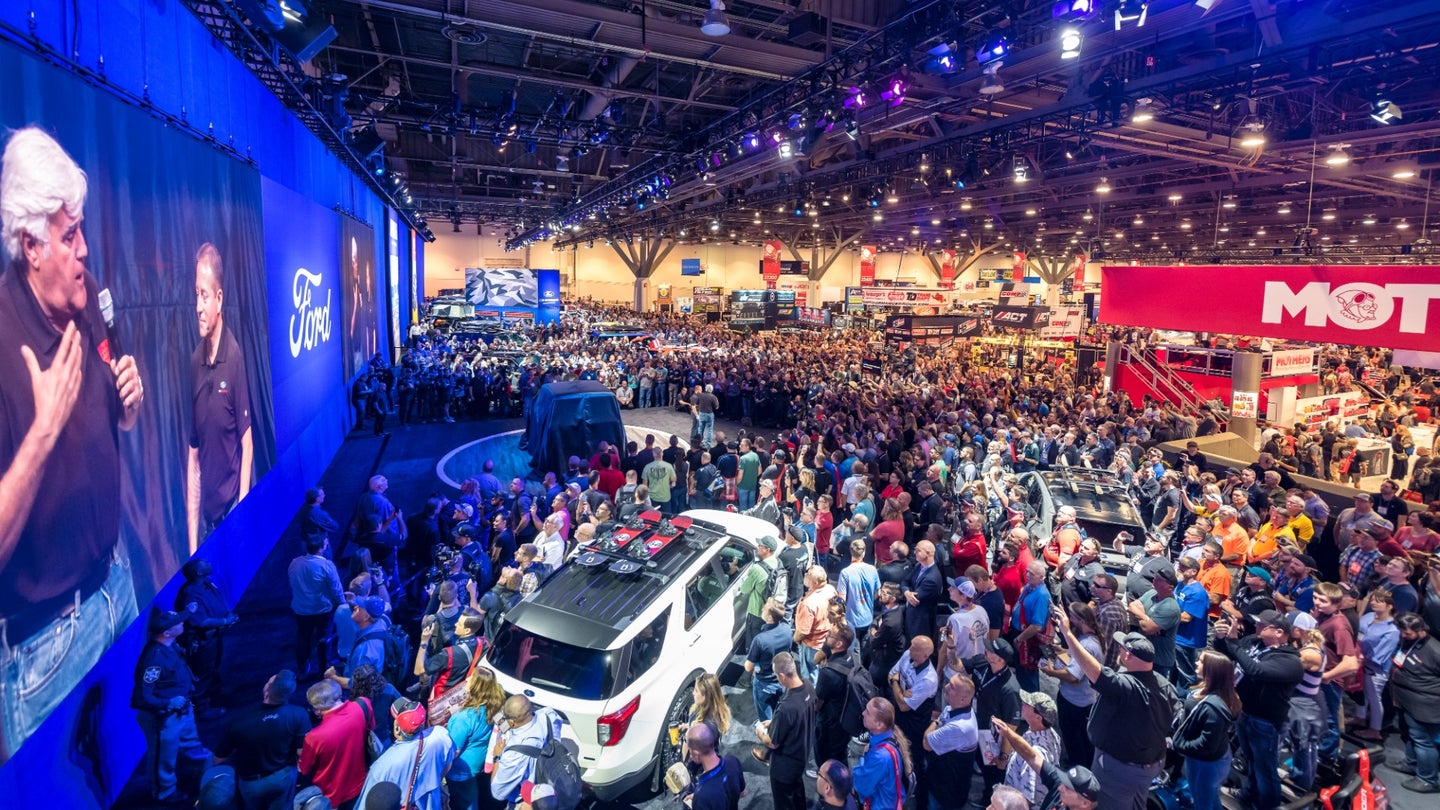 Despite virtually every major automotive event taking 2020 off or running without fans, the Specialty Equipment Market Association (SEMA) show was holding on to hope. While it'd be nice to have crazy, one-off builds to take our minds off the disaster that is this year, it just doesn't look like that's in the cards. SEMA officially announced Wednesday that the Las Vegas Convention Center will be empty come time for the show's originally scheduled dates of November 3-6.

The news comes as no surprise, though SEMA did seem to be the most persistent in trying to hold a full-fledged show. Even Roger Penske has already announced that the Indianapolis 500—which attracts more than 300,000 fans annually—would run without a crowd this year, but SEMA is nothing without attendees. Last year, the show accommodated over 161,000 people.

"The SEMA Show is committed to furthering businesses in the automotive specialty equipment market, and to providing manufacturers and buyers with the best opportunity to connect, promote new products and discover new trends," said Chris Kersting, SEMA president and CEO. "We appreciate the spirit, hard work and innovation our industry puts into the SEMA Show each year. While we are disappointed circumstances prevent us from hosting the show in November, we look forward to getting everyone together in 2021 for another outstanding event."

Event officials have confirmed that they'll be issuing full refunds for booth exhibition fees as well as attendee registrations.

SEMA announced that there has been interest in a virtual tradeshow with "live elements," though it's unconfirmed if such an event will take place. Many automakers have gone this route in 2020 with worldwide reveals taking place online or, in the 2021 Ford Bronco's case, on primetime television.