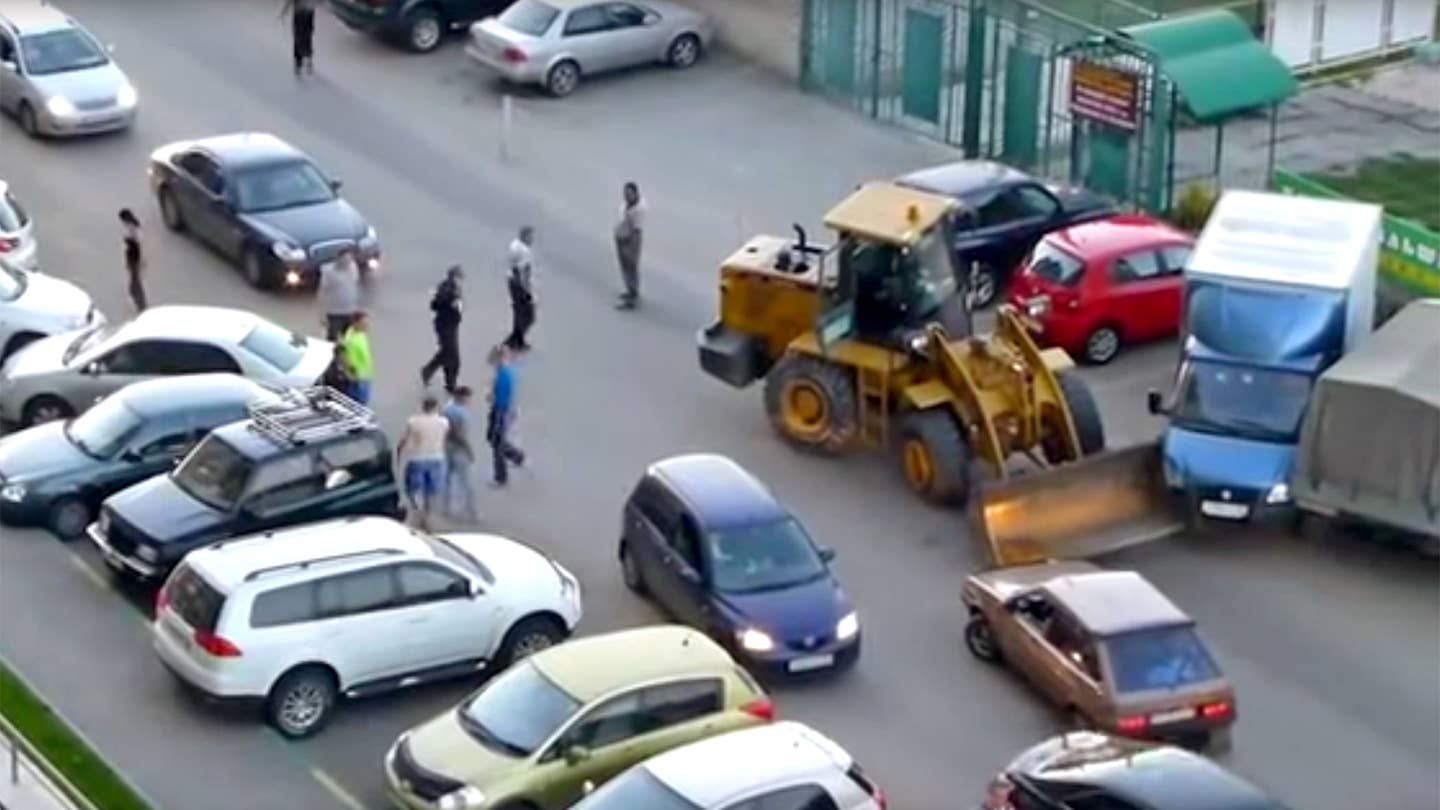 Here's a fun little choose-your-own-adventure to liven up your day. You're standing out in a parking lot on a nice summer day playing Angry Birds, when all of a sudden you hear the unmistakable sound of metal shearing against metal. You look up...and see a massive yellow front-end loader erratically weaving through the lot, smashing up cars left and right. What do you do?

A.) Call the police, then take cover behind a non-bulldozable object

B.) Run as quickly as possible in the opposite direction

C.) Jump in your car and try to move it out of the way in time

C.) Rush the front-end loader in order to beat the living crap out of its driver

If you chose any option other than D.) you clearly aren't from Russia. Because, as you've probably guessed by now, this fun little hypothetical wasn't quite so hypothetical for a group of people in the Siberian city of Barnaul, where a front-end loader ripped through five cars and tow panel vans before coming to a stop in the middle of a parking lot.

Confronted by this scene of mechanical mayhem, what does the first person to respond do? He dashes over to the front-end loader, rips the door open, and begins punching the driver square in the face. Then another guy drags the driver halfway out of the cab, and they both start working him in the head. Then two more guys show up, and they start slugging him. Eventually, the blood lust fades, and the crowd lets the man go, giving him a chance to stagger to his (inexplicably bare) feet...

...until a couple minutes later, when one man comes back over to whack the driver with the door of his own front-end loader.

The clip dates back a few years, but it's new to us, so we're guessing it's new to you, too. Besides, let's face it—viral videos of Russian transportation troubles never get old.