On the road to the 100th running of the Indianapolis 500, we count down the best races. First up: Death and glory in '66. 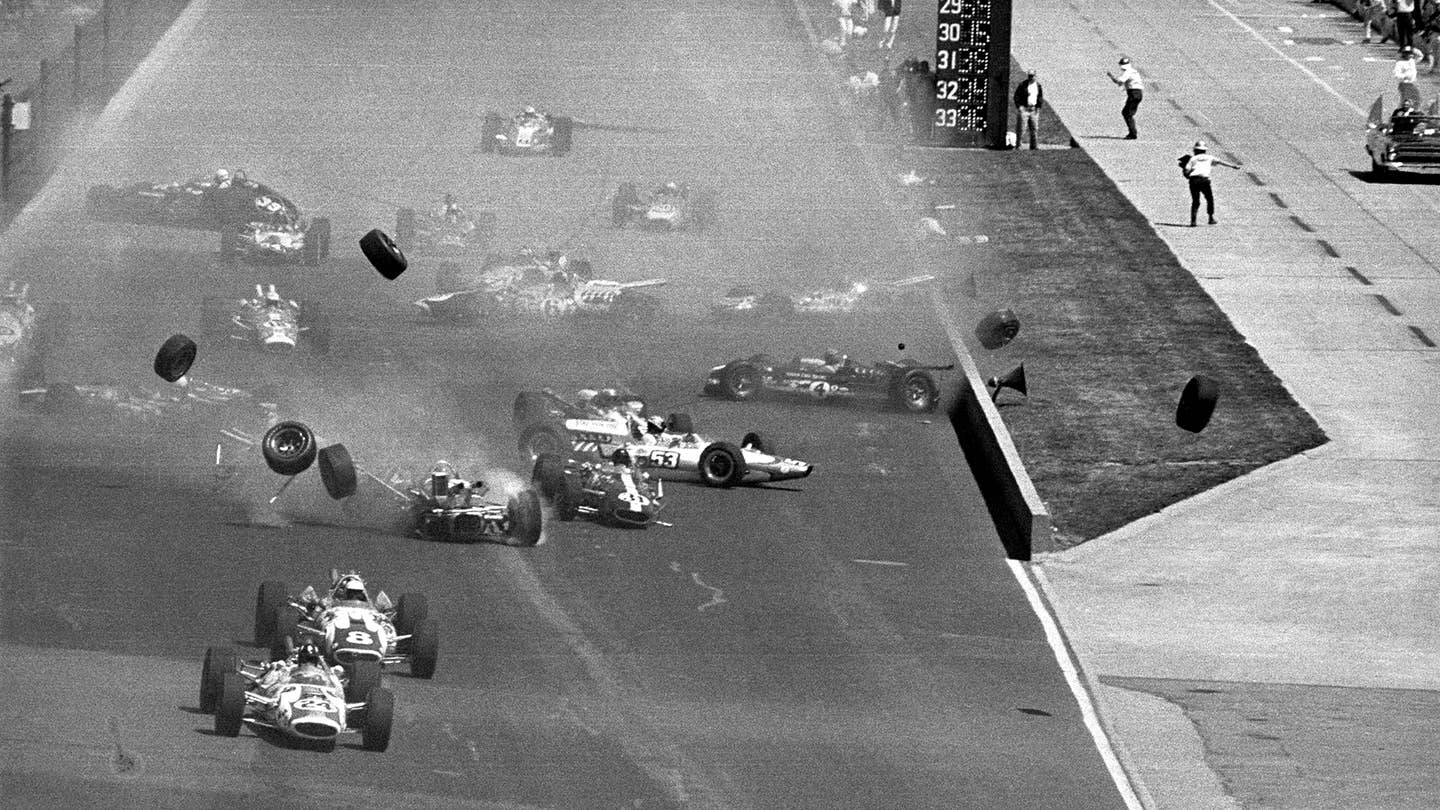 In 1966, all over America viewers clicked on their TV sets, wrestled with their antennas, and sat down with their beers as "ABC Wide World of Sports" kicked off coverage of the golden anniversary of the Indy 500. The voice of ABC’s Chris Schenkel piped into living rooms. “The greatest spectacle in racing. An estimated 300,000 await the moment. 550 acres filled with anticipation as photographed from our Goodyear Blimp. Today you’ll see the 500 in color [for the first time on TV]…So join the largest single-day sports crowd in this country!”

Even before the start on May 30, the 1966 Indy 500, the 50th running, riveted the nation. There had been glory, and there had been death. In practice and qualifying throughout May, a new star had emerged as the talk of the entire sports world. Mario Andretti of Nazareth, PA, had busted the Indianapolis Motor Speedway’s lap record at 165.899 mph. Andretti, 26, had arrived at Indy for his second year with superstar looks and a tank full of attitude. From Sports Illustrated: “The new boy in town spooked veterans with sensational warmup speeds and then easily won the pole.”

The whole field of Gasoline Alley veterans had crashed and burned trying to catch Mario. Thirty-eight year old Chuck Rodee, an Indianapolis local, had perished in the process. Rodee’s car hit the retaining wall hard exiting Turn One during qualifying, and he slipped away in a hospital soon after, the impact so severe it ruptured his aorta.

Meanwhile, the whole event in 1966 was an engineering revolution in the making. Only one year earlier, a rear-engine car had won the Indy 500 for the first time in the hands of “The Flying Scot” Jimmy Clark (the car was a Lotus Ford). In 1966 all but one car was rear-engined, drastically changing the appearance of the classic event.

Memorial Day would not turn out as fans anticipated. In fact, the ’66 Indy 500 was a bizarre scene from the moment the Mercury Comet Cyclone GT Pace Car exited the opening straightaway. Within seconds of the start, cars started bouncing off each other at speed in a cloud of debris. It looked like a pack of billiard balls smacked in every direction. “The smoke is billowing now, coming off the track!” barked the ABC TV announcer as the TV screen showed what looked like a terrorist bombing. A fourteen-car pile up knocked 11 cars out for good, including potential winners Dan Gurney and A.J. Foyt (who was the only injury—he cut his hand running up the retaining wall fence, trying not to get run over). Fans had to sit for nearly 90 minutes before the cars could get up to speed again, and the diminished field of 22 could complete the first lap. The crash footage was so wild, Paul Newman used it in his racing movie Winning (which came out three years later, in 1969).