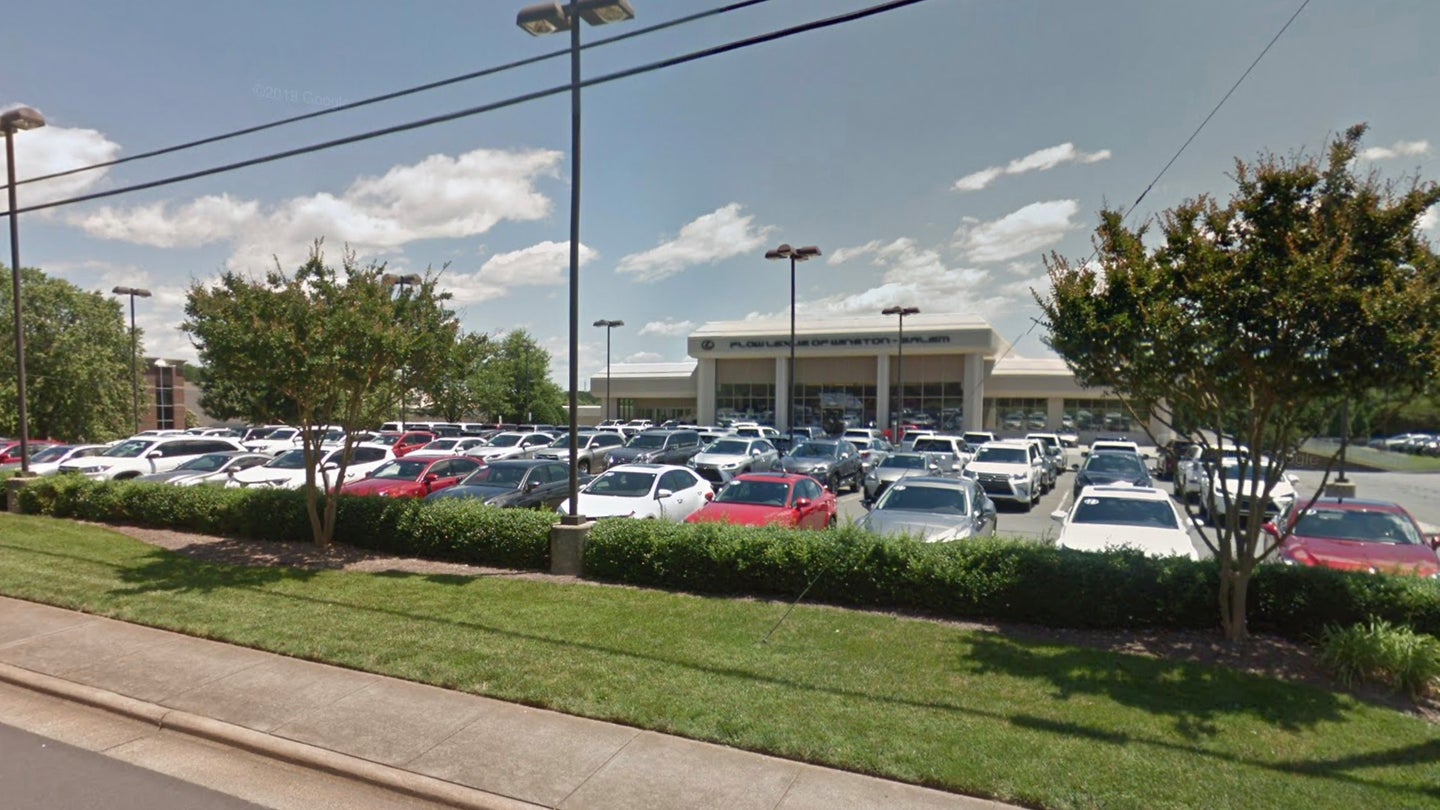 Since March 17, car dealerships in the Winston-Salem and Kernersville areas of North Carolina have been haunted by a string of break-ins that have resulted in the loss of dozens of vehicles reportedly worth a combined $1,138,718. Authorities believe to have identified the culprits behind the thefts, but are running into a series of troubles bringing them to justice—because the majority of the car thieves are underage, and even as young as nine years old.

According to a police release reported by WFMY News 2, a group of 19 children between the ages of nine and 16 has been attributed for 20 separate heists at 13 different car dealers, representing the makes Audi, Chevrolet, Ford, Honda, Lexus, Subaru, Toyota, and Volvo. Across these break-ins, the children reportedly managed to steal a total of 46 vehicles, of which 40 have been recovered. One of these vehicles was found in the possession of a 19-year-old by the name of Mekeal Stewart Binns, who was charged with being in possession of a stolen vehicle and is currently being held at the Forsyth County Detention Center, according to The Charlotte Observer.

Binns remains the only arrest connected to the thefts so far, as detectives have tried—and failed—to get custody orders for the juvenile suspects from the Forsyth County Department of Juvenile Justice. Authorities didn't disclose why they had been unable to attain the custody orders, though the North Carolina Department of Public Safety has reportedly stated that it is trying to reduce the spread of COVID-19 within its facilities by substituting electronic monitoring for incarceration.

Children left unsupervised at a dealership can sometimes do thousands of dollars worth of damage in a matter of minutes, but this string of thefts is several orders of magnitude more severe than even some of the worse juvenile break-ins we've reported. Until parents step in, or authorities have their reigns taken off, there's no reason to believe a bunch of ankle bracelets will stop these kids from striking again.