The Chip Ganassi Racing Chevrolet of Kyle Larson is taken to NASCAR's R&D center after the KC Masterpiece 400 because of a window dent. 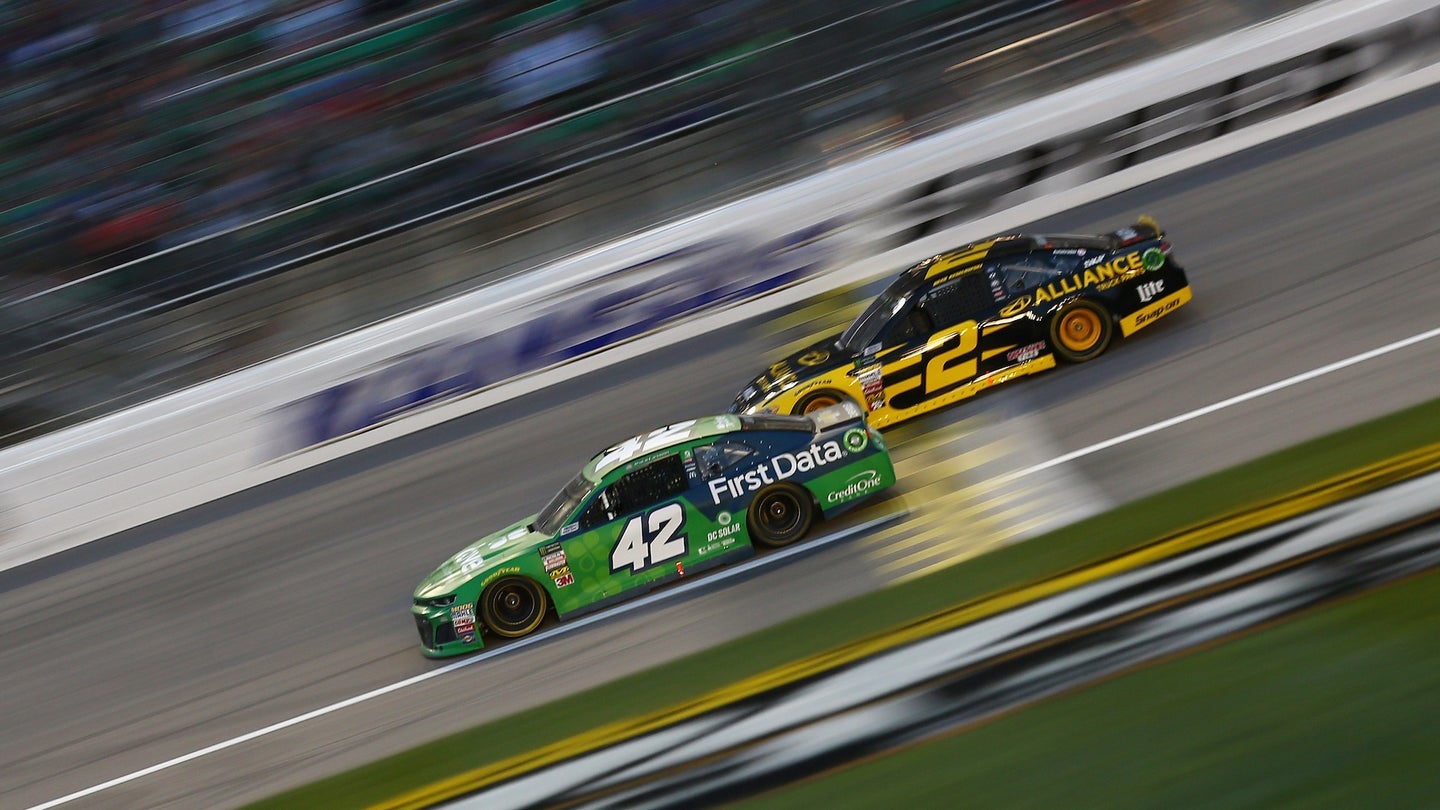 Kyle Larson’s No. 42 Chip Ganassi Racing Chevrolet was among the Monster Energy Cup Series cars taken to NASCAR’s Research and Development Center in Concord, N.C., after Saturday night’s KC Masterpiece 400 at Kansas Speedway. After a fourth-place finish in the race, the rear window of Larson’s car had a significant dent that caught the attention of several NASCAR officials.

After the race, Larson attributed the dent to damage from a late-race incident with Ryan Blaney. The damage to Blaney’s car was significant enough to result in his retirement from the race, but Larson was able to continue.

NASCAR rules require that the rear window of a race car remain rigid throughout a race. Multiple teams, including those of Kevin Harvick, Clint Bowyer, and Chase Elliott, have been penalized for rear-window issues in the first 12 races of the season. Harvick’s No. 4 Stewart-Haas Racing team was penalized for a rear-window issue following his second of three-consecutive early-season wins at Las Vegas Motor Speedway in March because his rear window caved in when his car was up to speed multiple times during that race.

If Larson, or any other teams, face penalties as a result of Kansas rules infractions, those penalties will be announced later this week, likely on Wednesday.

Larson started the race in the back after pitting because of a spin that resulted in flat-spotted tires in Friday’s qualifying session. He was inside the top-10 of the race running order by a competition caution on lap 30 of Saturday night’s 267-lap race. By the time the first stage ended on lap 80, he was inside the top-five. He led for the first time on lap 131 and, ultimately, led 101 laps.

“I hate that we didn’t turn today into a win, but it’s satisfying to see how much speed our car had tonight,” Larson said. "And it’s definitely good to show that Chevy has a lot of speed, at least in the 42 team. So we’ll just keep working hard and try to get it as fast as the 4. I thought myself, the 4, and the 12 [Blaney] were all pretty equal tonight. It was kind of just whoever got out in clean air and could get to the top quick enough would be the fastest throughout the run. It was a fun race but a little bit disappointing there in the last 20 laps.”