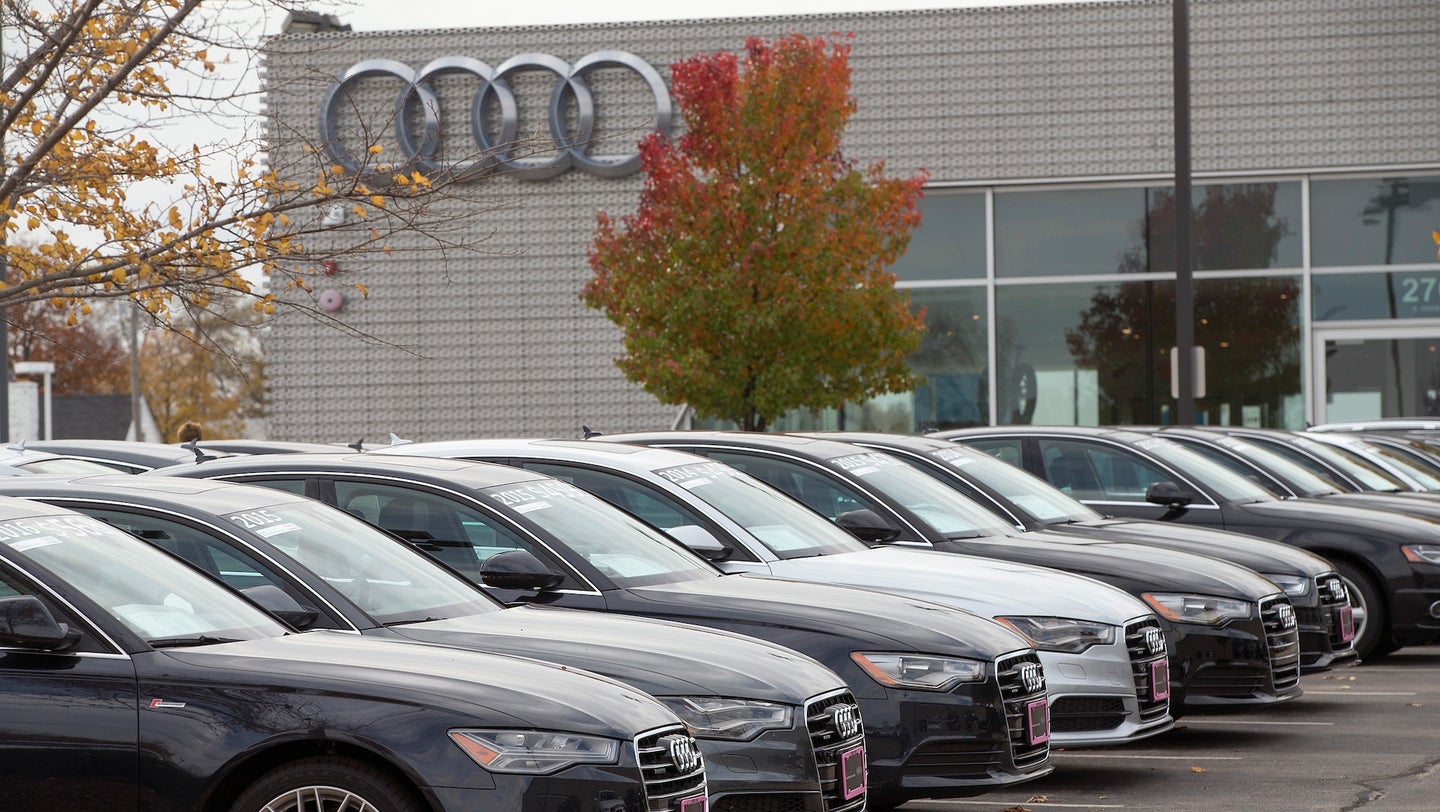 A three-year-old child racked up quite the bill for her parents after a recent trip to an Audi dealership in China. Local news reports that the small child managed to get creative on a number of brand new vehicles while the parents shopped around the showroom floor. The child reportedly used a small stone to doodle on the fresh paint and sheet metal of brand-new Audi cars and SUVs, as the photos published by Guilin News show below.

The nightmarish scenario (for both parties), took place in Guilin, China, and while most of the models that were damaged weren't included in the news report, it does mention that some of the vehicles heavily scratched included an Audi Q3 and new 2020 Q8, which start at $34,700 and $68,200 in the U.S. Measurements taken by the dealership show that some of the scratches were as long as four inches, and in most cases, there were multiples per vehicle.

Initially, the dealership demanded $28,643 from the parents to compensate them for the damages. The dealership claimed that the cars could no longer be marketed as "new" and would need to be sold at a reduced price despite new paint jobs covering up the damages caused by the child. Management also claimed that hiding paint or touch-up work from the future buyers could pose a liability risk to them as all damage/repairs need to be disclosed at the point of sale.

Because the parents and dealership couldn't initially reach an agreement for the damages, the Lingui District People's Court of Guilin City got involved in the matter. The dispute was finally settled this month with the court ordering the parents pay the dealership $10,025, a number that albeit lower than the original sum, was reportedly tough for the parents to swallow.

The judge reminded the parents that their explanations for the child's actions such as "the child is still young" and "she is not sensible" aren't excuses to avoid legal responsibility. Instead, they were encouraged to use this as a lesson to strengthen the management of their child and teach her how to take care of belongings.

“My faith in humanity is restored,” Musk told reporters.