He admitted he was trying to “wake people up” with the stunt. 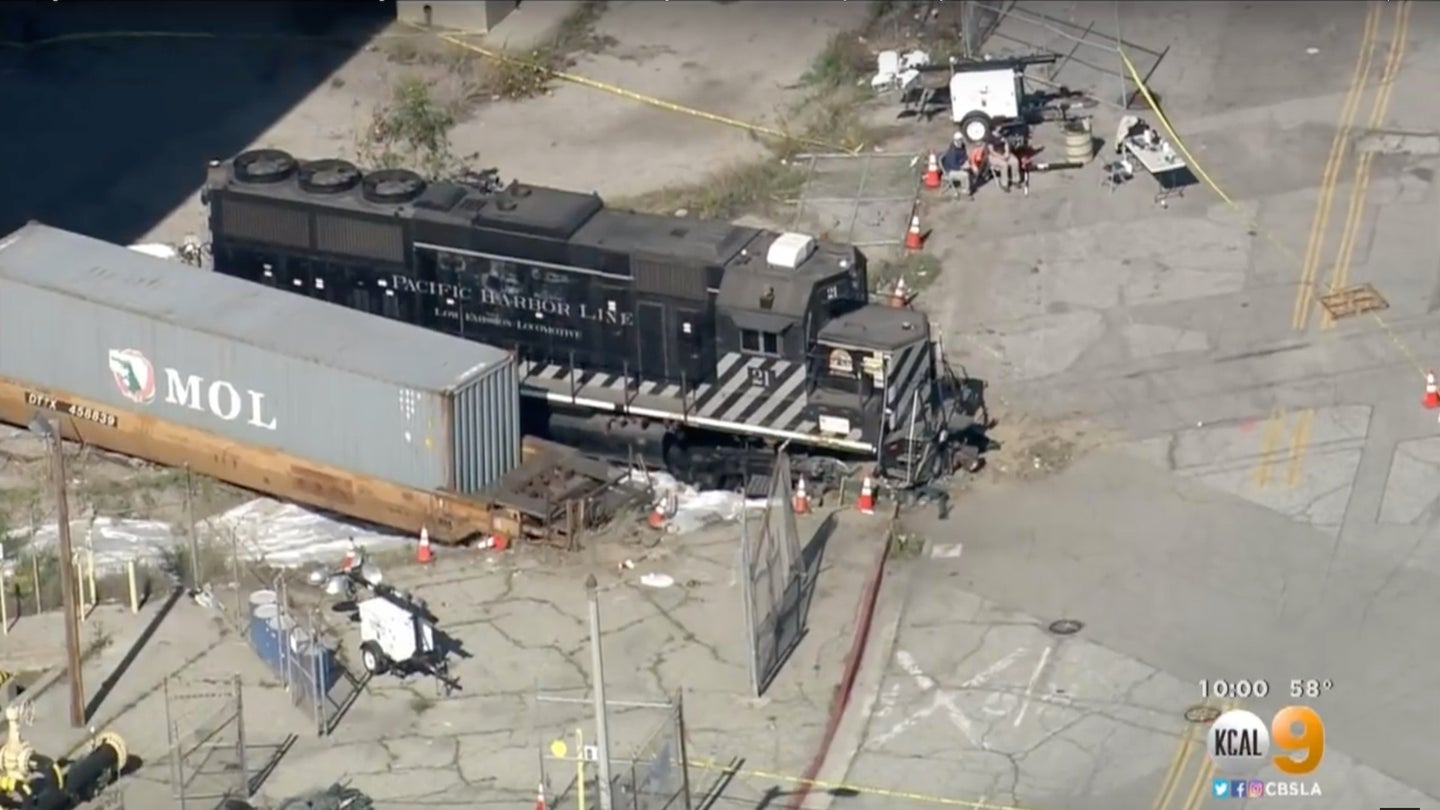 When hospital ship USNS Mercy pulled into the Port of Los Angeles this past Friday to alleviate strain on regional healthcare facilities, it wasn't met with the same foolhardy curiosity as her sister ship USNS Comfort on arrival in New York. Instead, a local locomotive engineer viewed the humanitarian vessel with such suspicion that he attempted to damage or sink the ship by ramming it with a train.

Eduardo Moreno, a 44-year-old Pacific Harbor Line engineer, admitted to a California Highway Patrol officer Tuesday that on a whim, he decided to ram the hospital ship, stating he didn't believe that "the ship is what they say it's for" according to the U.S. Department of Justice. Cab footage shows Moreno lighting a flare in the locomotive's cab before crashing through the concrete buffer at the end of the line, with the train aimed at the USNS Mercy.

A CHP officer that witnessed the event recalled seeing "the train smash into a concrete barrier at the end of the track, smash into a steel barrier, smash into a chain-link fence, slide through a parking lot, slide across another lot filled with gravel, and smash into a second chain-link fence." Moreno's locomotive came to a halt just past the onramp to the Port of Los Angeles-spanning Vincent Thomas Bridge, some 250 yards from the Mercy.

Though Moreno attempted to flee, the CHP officer that witnessed the event detained him and heard martyr-like ramblings such as a claim that the ship was "part of a federal government plot to control our lives," according to CBS Los Angeles.

"You only get this chance once. The whole world is watching. I had to," the CHP officer recalled Moreno saying. "People don't know what's going on here. Now they will."

Moreno later admitted in an interrogation by the Los Angeles Port Police that he "did it" deliberately, his goal being to "wake people up." The engineer denied his actions were premeditated, leading authorities to believe he acted alone.

No injuries have been reported as a result of the incident, though hazmat teams had to clean up fuel spilled by the rogue locomotive. Moreno faces one count of train wrecking, which carries a penalty of up to 20 years' time in federal prison.

Like the creatures that make them, cars need to stretch out and get their juices flowing every once in a while.