The Geneva Motor Show Lives On Inside Your Computer 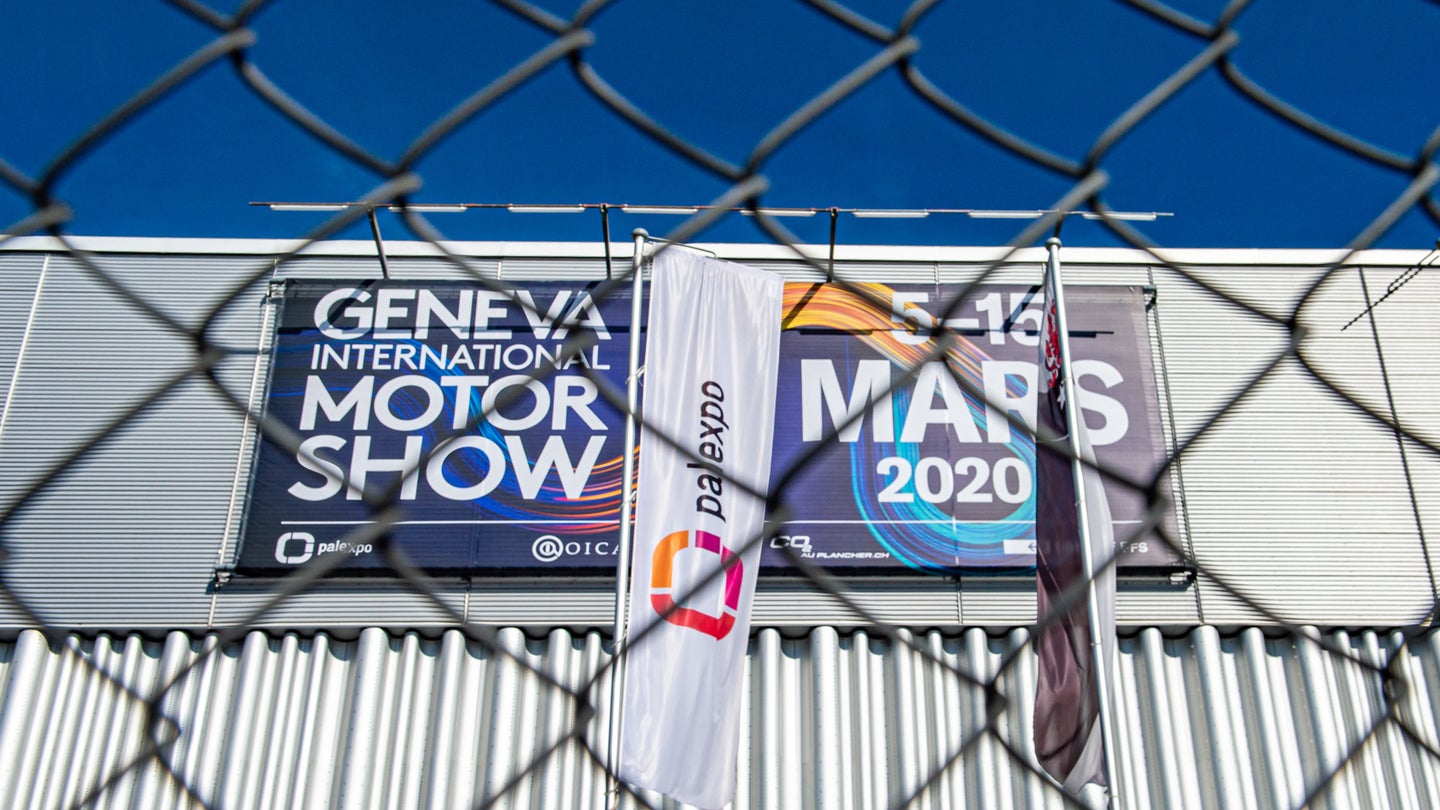 Welcome back to Speed Lines, The Drive's morning roundup of what's important in the transportation world. It's Super Tuesday in America, so go out and vote if that applies to you. In the meantime, here's some news about the Geneva Motor Show, Waymo and flying cars.

The Geneva Motor Show Lives On In Streaming Form

You can't keep a good auto show down, I guess. Even if it has to be streamed.

The 2020 Geneva Motor Show was canceled after the Swiss government temporarily outlawed large gatherings, but the automakers still spent millions of dollars to put on a show and present new concepts and products. Those presentations still happened; they were just streamed online instead.

You can watch the day's streams at the official link right here. Geneva is six hours ahead of U.S. East Coast time, so as of this writing many reveals have happened already, but you can still catch streams from Toyota, Aston Martin and more. The ones that have already aired can be re-watched as well.

I'm not sure why you'd want to spend your day watching a live stream about the newest Skoda or whatever—I get paid to do such things, so that's my excuse—but it's there if you want.

The real question, however: is this the future of the auto show? As we noted on yesterday's Speed Lines, the traditional, physical auto shows have all sorts of problems these days, from skyrocketing costs to dwindling automaker attendance. One could see a day when all, or most, of these new car "reveals" happen online, where competitors like BMW and Mercedes and such won't have to share a stage with one another.

China's new car sales market has been hammered by the outbreak, but at least as of February, there's no discernable impact to dealers in the U.S. I'm trying not to be alarmist in all our coronavirus coverage, but it is conceivable that as diagnosed cases increase people could stay away from crowded areas.

Carmakers are expected to give dealerships details of their consumer discount offers in the coming days. Changes to pricing offers could reflect a drop in supply of some Asian vehicles hit by supply shortages. Automakers could also cut prices to lure worried U.S. shoppers.

Since the virus originated in China nine weeks ago, demand for cars has plunged in Asian countries as dealerships were closed and consumers stayed home. Korean carmaker Hyundai Motor Co on Monday reported its lowest number of monthly sales in a decade.

To date 10 U.S. states, including California, have confirmed presumed infections. California is the country’s biggest car market, accounting for more than 10% of all U.S. sales.

So now may be a good time to buy a new car in America, considering the discounts and deals coming down the pipe.

The white autonomous Waymo test minivans are a common sight if you follow mobility news, but it's easy to look at them and wonder exactly what Google's plan is. How will it commercialize that technology after all these years of testing? How is it supposed to make money someday? And will Google sell it off eventually?

Waymo just did its first-ever round of external funding: $2.25 billion from various pension funds and investors. As The Verge notes, the company had been exclusively funded by Google until now. Waymo costs Google parent Alphabet nearly $1 billion (though it's not clear over what time period) and it makes minimal revenue from its taxi service. But the outside investment is supposed to help Waymo expand how it uses its autonomous tech.

“We’re expanding that team, adding financial investors and important strategic partners who bring decades of experience investing in and supporting successful technology companies building transformative products,” Krafcik said in a statement. “With this injection of capital and business acumen, alongside Alphabet, we’ll deepen our investment in our people, our technology, and our operations, all in support of the deployment of the Waymo Driver around the world.”

[...]  So what about these investors? Silver Lake is a Menlo Park-based VC firm with investments in Alibaba, GoDaddy, and Broadcom, among other tech ventures. Most recently, Silver Lake helped Dell return to the public market after five years as a private company. The Mubadala Investment Company manages over $225 billion in assets, holds stakes in some of Abu Dhabi’s biggest companies, as well as stakes in global firms such as Spanish energy firm Cepsa and Austria’s OMV. The sovereign wealth fund was recently involved in a scandal involving its dealings with a Malaysian state fund.

I'm eager to see what the long-term plan is for this company, and what it expects to do with all those self-driving vans running around.

Flying Cars? The Air Force Wants To Try It

Everyone in the tech space wonders when we'll finally get "flying cars." But that term, in my experience, is just a widely applied misnomer for expensive, experimental VTOL aircraft that sounds sexy and exciting to investor bros who grew up on Back to the Future Part II. They're also always just a few years away. Always!

But the U.S. Air Force sees potential value in developing light electric VTOLs, Wired reports. And the service especially doesn't want to cede leadership and production in that field to China, which is what happened with drones. So here's what they're doing:

The US Air Force, as part of its program to make sure that electric aviation doesn’t go the way of small drones and migrate to China, said it is seeking to work with developers to help jump-start electric-powered vertical takeoff and landing (eVTOL) technology for both commercial and military use. While the proposal doesn’t come with any funding or direct R&D support, the Air Force is offering to assist the aircraft through the testing and certification necessary for eventual use by military and government buyers.

“From an Air Force perspective, there are these new flying things that are happening, and we want to make sure that we are potentially a part of that—if it provides additional capability for our operators and the potential taxpayer savings,” said Nathan Diller, an Air Force colonel and the leader of the program, called Agility Prime, during a media round table.

Agility Prime is a "solicitation for formal collaboration" where the Air Force looks to partner with companies for R&D into electric VTOLs. The service could use them in air taxi, cargo delivery and eventually even combat roles.

Explainer: Why automakers are on a drive to sell electric cars in Europe (Reuters)

Welcome to Botnet, Where Everyone’s an Influencer (Wired)

Flying cars! What form will they actually take? And when?

The rest of the best from Switzerland.