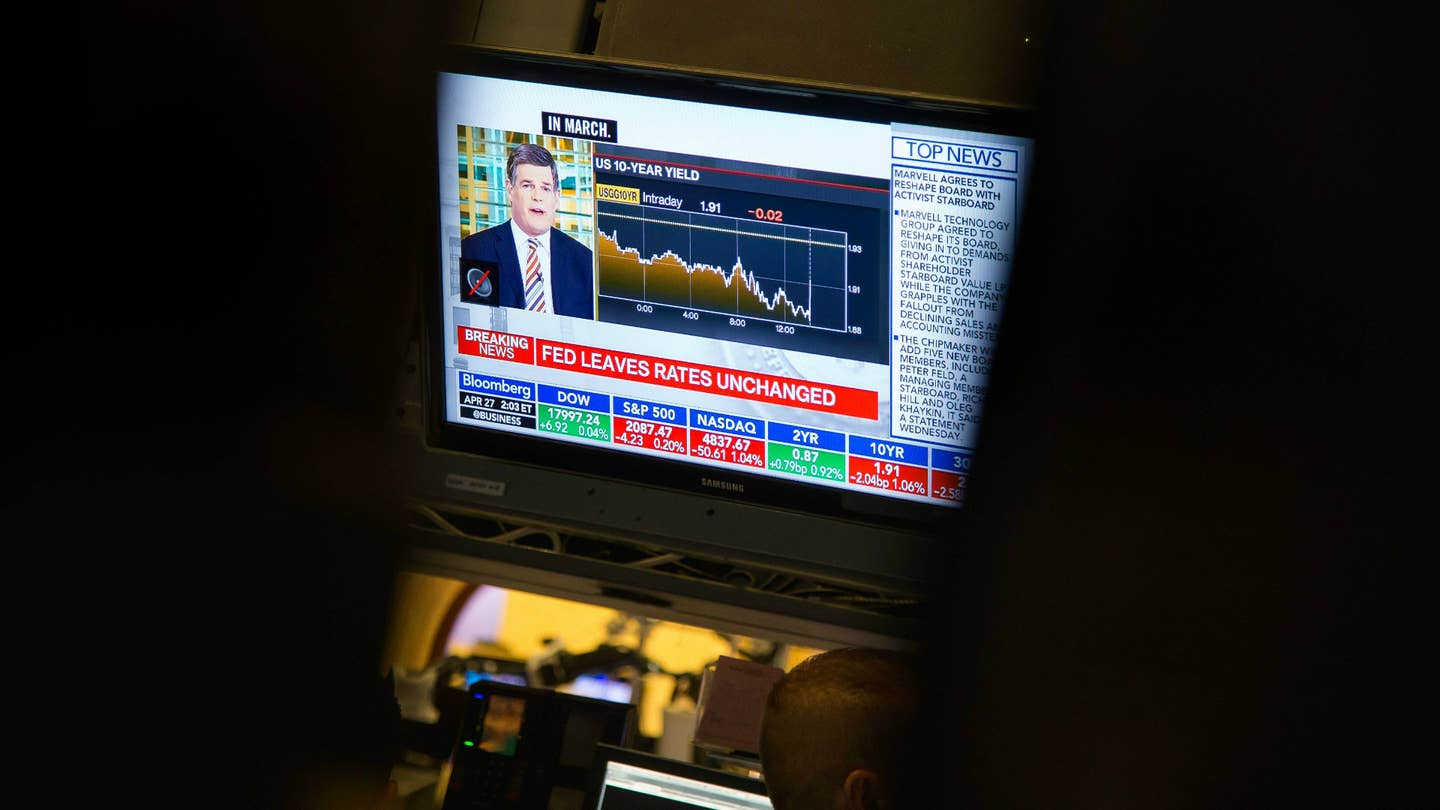 Shopping for a new car? Good news: The Federal Reserve Board ended its meeting Wednesday afternoon, and policymakers didn’t raise the short-term interest rate benchmark. That means the current low base point range will continue, at least until its next meeting in mid-June. Miffed? No worries, here’s how it works.

In order to keep steady economic growth, policymakers can poke at the federal funds interest rates, the rate for bank-to-bank loans using money at the Federal Reserve. By holding down base points in key lending categories (auto loans among them), the Fed can nudge the economy in the right direction. Or, if inflation starts ramping up, they’ll raise rates, which keeps people from borrowing and restrains price increases. Since the recession ended, inflation hasn’t picked up as much as expected, so the Fed has kept rates at historic lows almost across the board.

Then, late last year, experts suspected inflation would finally start creeping. For the first time in nine years, policymakers upped the benchmark rate a quarter point. That looked liked it’d set off a series increases over 2016, but, heading into May, inflation keeps tracking below 2 percent, due largely to falling energy prices. That, along with China’s stock market woes, has kept the Fed restraining interest rates. We may see a hike in June, sure, but even then the lender-friendly climate should keep on keeping on.

Of course, those small, fractional increases don’t have a huge effect on auto loans, not directly at least—usually an additional $10-20 per month on a five-year loan. (The impact is measured; over time, increases can start trimming sales and skewing the market.) But the typical car on the road is now over 11 years-old, a record high, and gas is stupid cheap. Now that Fed has declined to raise benchmark rates, you’ve basically got all the excuses to pick up something fresh for summer. Miata time? Treat yo’self.