This Is What Need for Speed: Underground 2 Would Look Like in Real Life

♬ Riders on the storm… ♬ 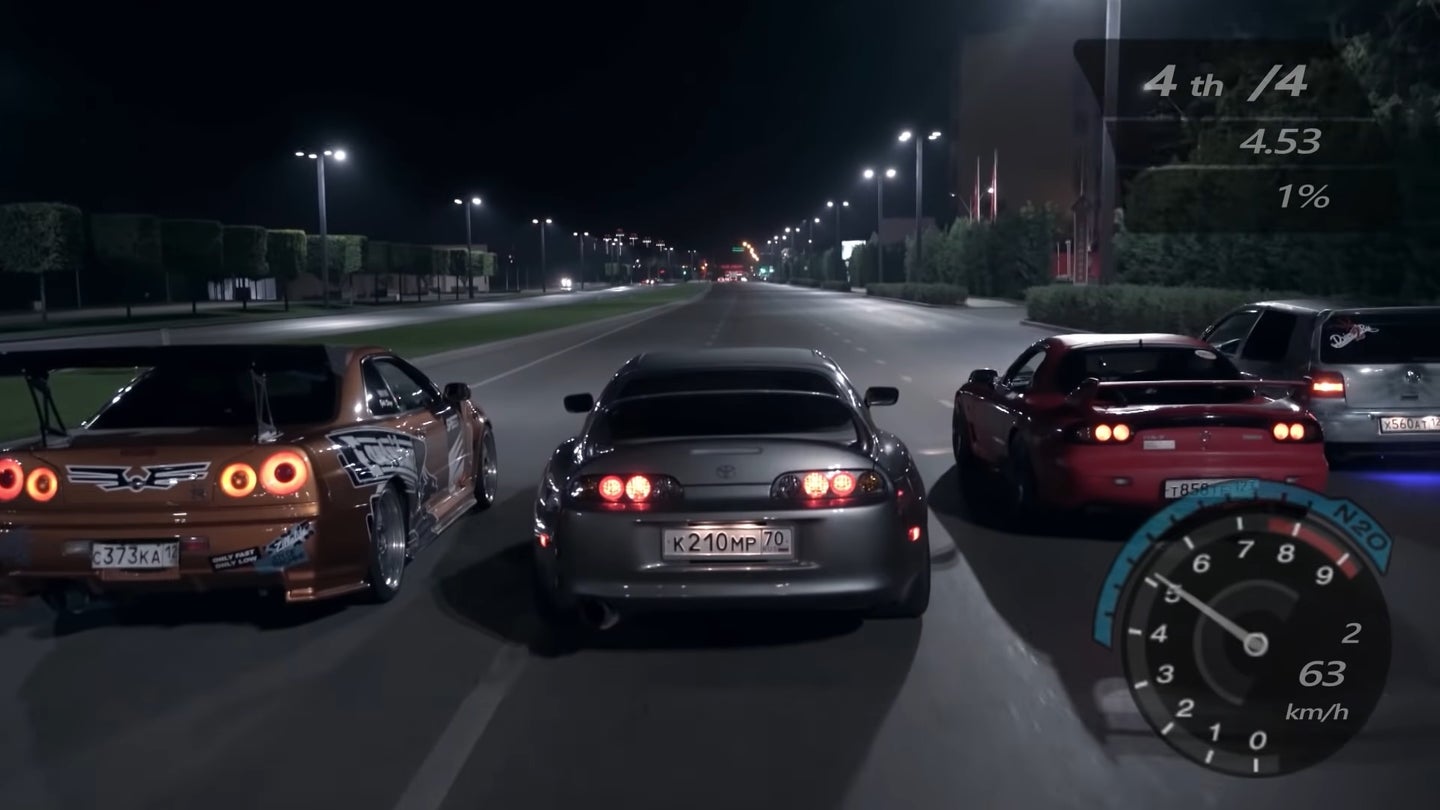 Calling The Drive readers of a certain age: prepare to dig up your old PlayStation 2s from your parents' attics. A talented Russian YouTuber has recreated gameplay from the beloved Underground era of Need for Speed games using real-life cars and the result is massively impressive.

Everything from the choice of period-appropriate cars, idiosyncrasies in the camera, animated overlays, and sound effects to, of course, the soundtrack has been meticulously chosen and replicated to instantly take us back to the carefree days of coming home from school, plopping down in front of the TV, and raking up enough virtual cash to spend on a sick new wing for our candy-colored EK Civic.

The video features not one, but two Toyota sports cars in a modified MkIV Supra and a seventh-gen Celica—cars that are notably absent from modern Need for Speed games because reasons. After proving victorious in an illegal street race in the Supra, the player moves on to another pair of mid-'00s tuner favorites: the Mitsubishi Lancer Evolution VIII and Nissan Skyline R34 GT-R.

The clip is also the second half of a two-part series. Uploaded back in June, the first video is shorter and features less impressive cars but is just as nostalgia-inducing as its sequel.

Because it's inexplicably not on Spotify (and to save you a couple of searches), here's that iconic Snoop Dogg track for you to have on repeat for the rest of the day.

Fun fact: Underground 2 isn't the only '00s tuner-centric racing game Snoop Dogg has created a song for. There exists a little-known track known as Dogg's Turismo 3 from the soundtrack for, you guessed it, Gran Turismo 3. Racing video games aren't what they used to be...and neither, it seems, is hip-hop.