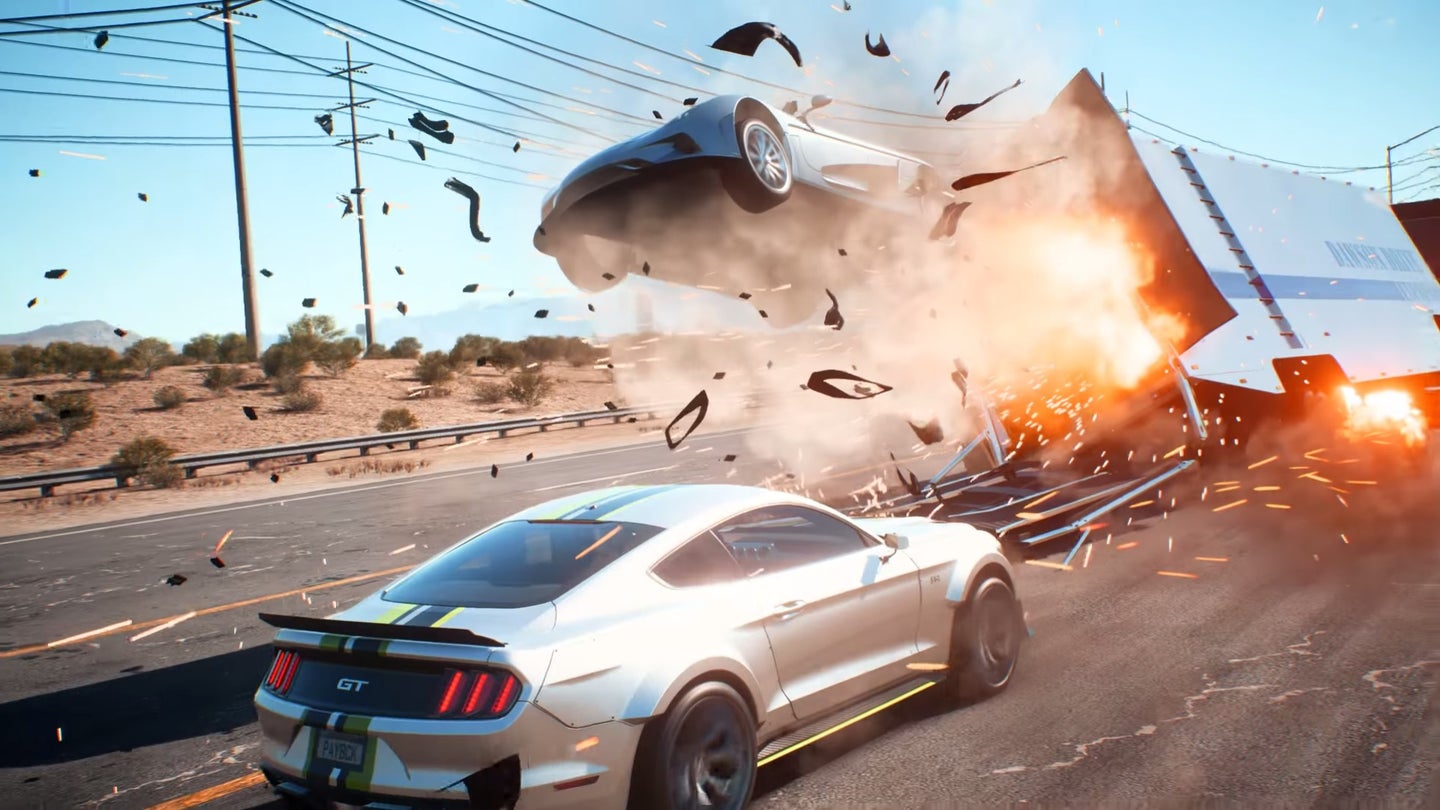 The demo puts the player behind the wheel of a heist mission that unashamedly evokes that of Dom and Brian's greatest hits. For one reason or another (probably gang- and/or vengeance-related), the player must swipe a high-priced car out of the back of a closed, moving semi truck. Your assigned ride? A modified RTR Mustang. The score? A $1.9 million Koenigsegg Regera. Let the games begin.

Looks cool, doesn't it? The last couple of NFS games have been criticized for being visually impressive, but pretty "meh" at basically everything else. Let's hope Payback plays as good as it looks this time around. With 2017 shaping up to be a crowded year in terms of racing games, this one needs to be something special to not only stand out among its competitors, but also finally serve as a real comeback for EA's long-running racing game franchise.

Need for Speed Payback will be available for PS4, Xbox One, and PC starting November 10th, 2017. However, those who pre-order the Deluxe Edition will get access to the game three days early.