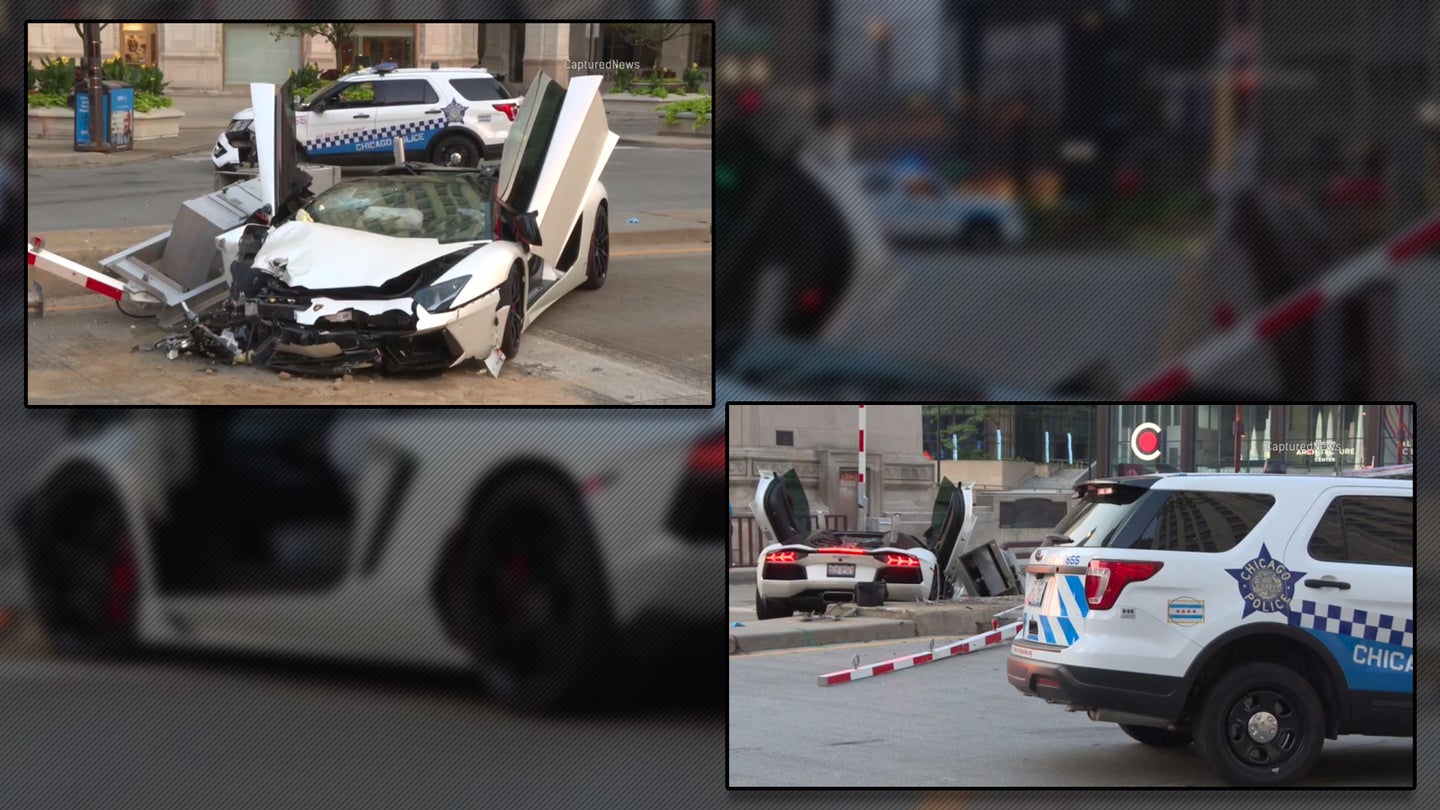 A Chicago police officer was hospitalized after a Lamborghini Aventador is said to have struck his cruiser while traveling at high speeds.

Reports indicate that the accident occurred just before 4 a.m. on Saturday in the Near North Side when police say that the Aventador ran a red light and struck a police cruiser which was driving through an intersection. The officer involved was sent to the hospital where he was treated and released.

Police reportedly detained a man for questioning, eventually releasing him at the scene of the accident. Officers then issued two citations to the driver of the Lamborghini.

The accident also took down a traffic light on the Michigan Avenue Bridge, resulting in a road closure into the morning sunlight while crews worked to clear the damage and reinstall the traffic signal.

A photo of the accident was posted to a Chicago subreddit where several users reportedly recognized the vehicle. Two separate individuals noted that they heard revving around the time of the accident, and one user who was staying at a nearby hotel reported hearing the Aventador taking off from a light only seconds before the incident.

Chicago is no stranger to supercar crashes. Last year a Lamborghini Huracan Spyder managed to wedge itself under a parked car in Chicago's West Loop, and in 2016, another Huracan was split in two before catching fire when it struck another vehicle.