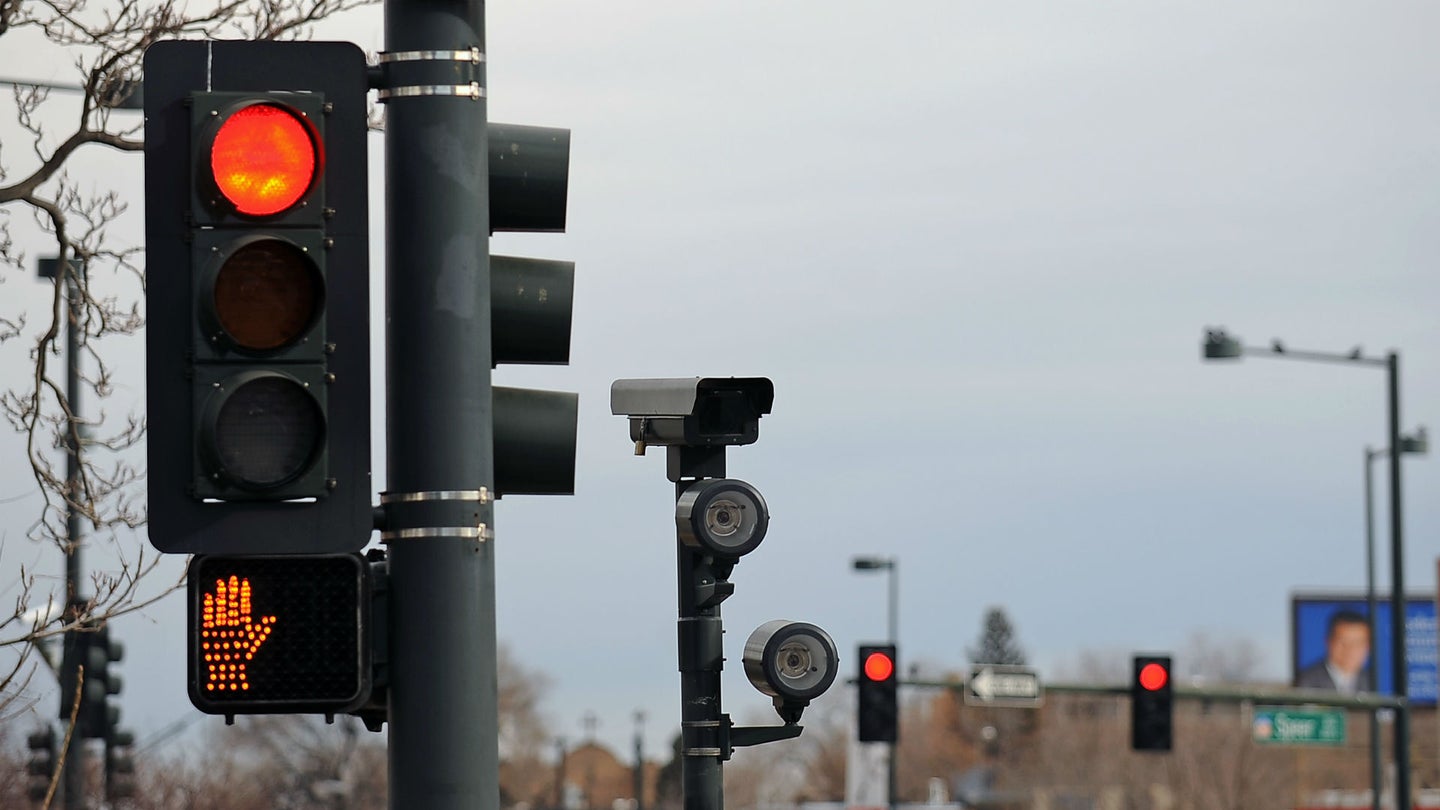 Texas lawmakers just introduced a sweeping new bill that would ban red-light cameras outright in the entire state. The House Bill 1631 passed the Texas Senate last Friday by a 23-8 vote, which means it lands on the desk of Gov. Greg Abbott with many convinced that he’s going to sign it into law.

The bill states that red-light cameras are a violation of the right to due process.

"Red-light cameras violate the right to due process, by creating a presumption that the registered owner of the car committed a violation," Sen. Bob Hall, R-Edgewood, told DallasNews in a recent interview. Hall is one of the bill’s biggest sponsors.

The legislation would specifically prohibit cities from using photographic traffic enforcement devices and cameras. So far, a number of cities who currently use red light cameras have already had theirs dismantled. The list of Texas metropolitan areas thus far includes Arlington and Richardson.

While arbitrating over the use of red-light and other photo-based traffic enforcement systems, it was clear that they generated significant amounts of revenue for the state, netting up to $5.8 million from the fines in 2018, which averaged around $75 each. But such revenue came with catches.

State Democrats warned that the ban on red-light cameras could raise problems with public safety, citing two studies that said fatal crashes at intersections decreased when the cameras were in use. Opposers of red-light cameras claimed that the flipside of that was that it could lead to more rear-end crashes.

"The red-light camera installation has totally caused me to, as I come to the intersection, slow down and stop," Rep. José Rodríguez, D-El Paso told DallasNews. "That's the impact on most motorists."

But Rep. Hall believed that as anecdotal evidence, turning down Rodríguez’s claims.

While other states have been known to be using red-light cameras to curb traffic accidents at major intersections, they’re not without controversy. The cities of Chicago, Illinois and Fremont, California were caught reducing the time of yellow lights to purposely cause more citations among people as the shorter yellow signals gave drivers less time to stop.

Drivers and citizens also expressed their concerns, questioning the legality of the systems and calling them extortion.

This vicious crash demonstration is a sobering reminder that we should obey all traffic signals—and wear a seatbelt.

Here’s how ignoring the light at red can lead to some harsh wrecks and mistakes.