There are very few classic nameplates that inspire such fervent adoration that continue well past their shuttering. Few that evoke a timeless beauty that could return to the world’s mainstage without any sort of second thought. Of those, DeTomaso is absolutely one of them. And after a string of clips and teasers sent out to whet the appetites of the world’s collectors and media, few could have guessed that the forthcoming DeTomaso P72 would’ve been the gorgeous kinetic sculpture you see before you. Dear lord, this is one of the most beautiful cars we’ve seen; ever.

Based around the already unequaled Apollo Intensa Emozione chassis, which has been gone through by the hands and brains of the legendary HWA AG motorsports company, the DeTomaso not only resurrects the DeTomaso lineage, but does so in a manner that’d make Alejandro DeTomaso and his friends and partners in crime, Peter Brock and Carroll Shelby, grin from ear to ear with how this piece of art came out.

Coming on the heels of the iconic brand’s 60th anniversary, the DeTomaso P72 takes inspiration from the collaboration between Alejandro DeTomaso, Carroll Shelby, and Peter Brock. In 1964, the three “conspired to build a car they felt could defeat the best in the world,” according to Brock. The end result was the DeTomaso P70, a prototype racecar with a DeTomaso chassis, a Shelby-built 289 cubic-inch Cobra V8, and a tear-drop exterior penned by Brock himself. Given the size of the egos of the trio, however, the project was ultimately doomed and the car was later bodied by Ghia for the 1965 Turin Motor Show after the three parted company. However, neither Brock nor DeTomaso ever forgot about that original dream.

When the company was acquired by Norman Choi in 2014, Choi and his team of petrol-swilling lunatics and design fanatics took their time to better understand the history of the brand and how best to revive the nameplate. According to Choi, “We digested, we read, we studied. We learned more and more about Alejandro and the incredible achievements that he had attained. In reality, when most people hear the word DeTomaso, the only thing that comes to mind is the Pantera. This is a true icon and the most successful car of the brand. However, our approach is not solely product driven, it is driven by history and the brand.” As such, the Pantera nameplate that was thought to be returning is still in the ether and the P72 was birthed from Choi and company’s other project, the Apollo Intensa Emozione. But an Intensa Emozione clone, it very much is not.

In fact, from The Drive’s conversations with the DeTomaso team, the P72 is an altogether different species.

As with the Apollo Intensa Emozione, the DeTomaso P72 is based around the same carbon fiber monocoque that’s been worked over by the hands of HWA AG, the same outfit that produced Mercedes-Benz’s CLK-GTR road and racecars. Unlike your regular off-the-shelf super and hypercars, however, the monocoque chassis meets the respective FIA LMP safety requirements. According to the DeTomaso, this process is in a similar vein that Alejandro took with the original P70. As such, the company says that because of the proven Intensa Emozione platform, customers will receive “The highest level of quality and performance.” It’s hard to argue with that logic given the Intensa Emozione’s development.

Unlike the hellacious Apollo Intensa Emozione, which is meant to evoke the racing GT1 cars that slapped Le Mans’ proverbial ass in the late 1990s, the DeTomaso P72 is meant to elicit a more traditional driving experience, complete with a panoramic view from the cockpit and an honest-to-goodness manual transmission. Technical details like the engine and transmission pattern have yet to be disclosed, but DeTomaso assures The Drive that those are coming in the very near future and we’ll be absolutely head over heels when we get those features. What we do know is that only 72 cars will be produced and each will feature a price tag of €750,000, which is roughly $846,500, give or take a few zeroes. That’s quite a pretty penny, however, you cannot argue that the DeTomaso P72’s design isn’t worth every single dollar and cent. Hell, we’re ready to deliver our left kidney just for a drive in one.

Penned to evoke a “timeless beauty,” the DeTomaso P72 was sketched by Jowyn Wong or Wyn Design. “We intentionally incorporated a distinctive aerodynamically optimized body for performance,” says Wong. Adding, “And to modernize the aesthetics, while the classic wing mirrors and front emblem cap pays homage to the P70.” Wong continued, saying, “Beneath the surface, the interior showcases an elaborated combination of design and exotic materials. Polished copper and diamond pattern detailing adorn the cabin, fashioning a true sense of drama and occasion. The classically designed switchgear and circular analogue display dials take inspiration from the timeless design themes of the ‘60s and ‘70s.”

Ahead of the P72’s debut at the Goodwood Festival of Speed, DeTomaso’s General Manager and CMO Ryan Berris, said, “In a similar way the Pantera created a new category when it debuted in 1970, the P72 will create a new benchmark of its own. We have created a modern-day time machine that pays homage to an integral part of history and a car with its own provenance. When the final specifications and pricing for the car is revealed, people will realize how it adheres to the six core foundational pillars of De Tomaso: Heritage, Passion, Racing, European Design, and WorldClass Performance at Extreme Value.”

Choi spiritedly added, “We have devoted numerous days and nights developing a car that can live up to its predecessor. The P72 evokes the spirit of Alejandro de Tomaso, the brand and the eras that this car represents.”

While the DeTomaso P72 will make its world debut at the Goodwood Festival of Speed, for those folks with deep enough bank accounts, and the type of footwear worthy of clicking through the P72’s manually operated gears, both the Apollo Intensa Emozione and the DeTomaso P72 will make their North American debut this August at the storied Pebble Beach Car Week. The Drive's editors will be on hand in Monterey later this year to get all the details and talk with both Choi and Berris and maybe, just maybe, score some proper seat time so as to tell you dear readers all about it. We can’t wait. 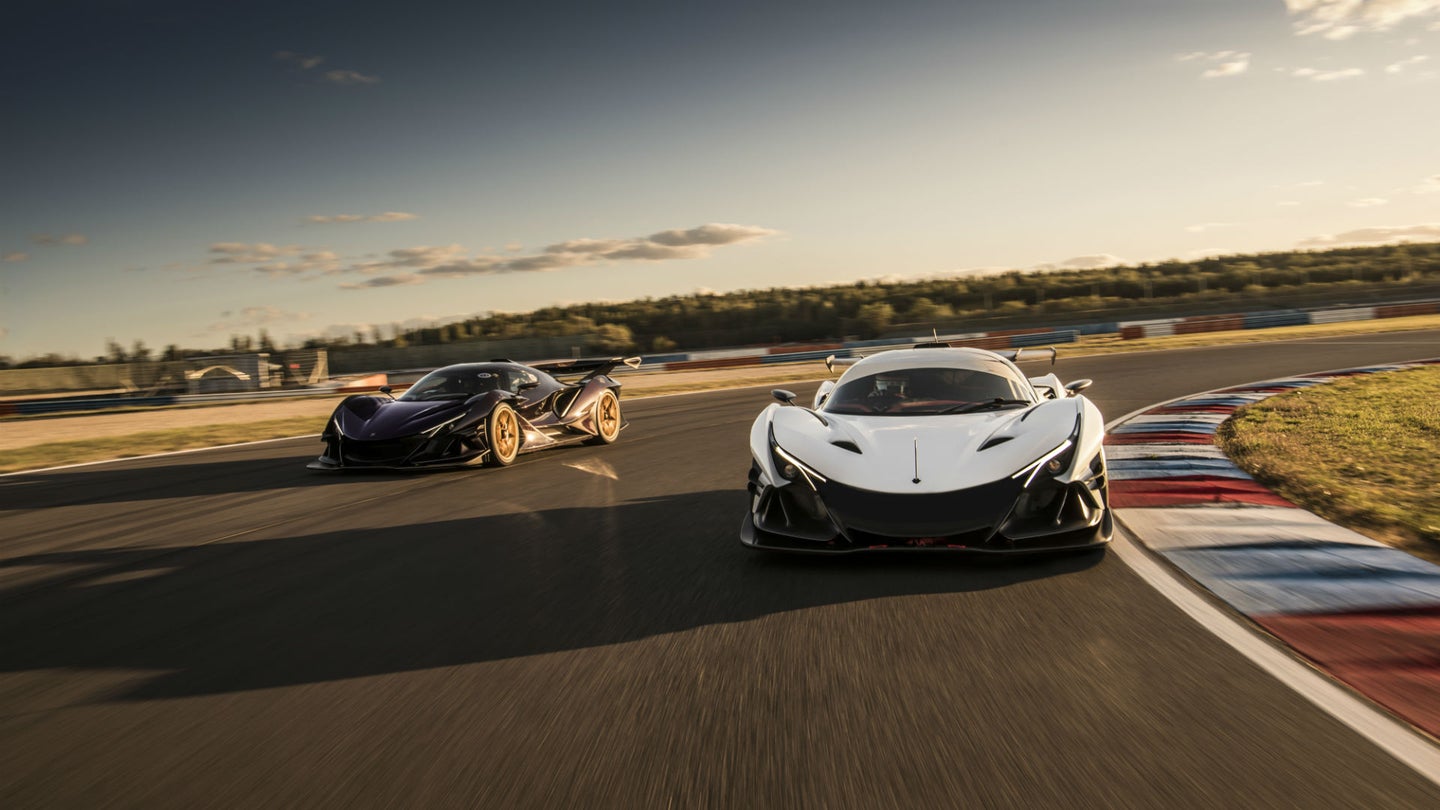 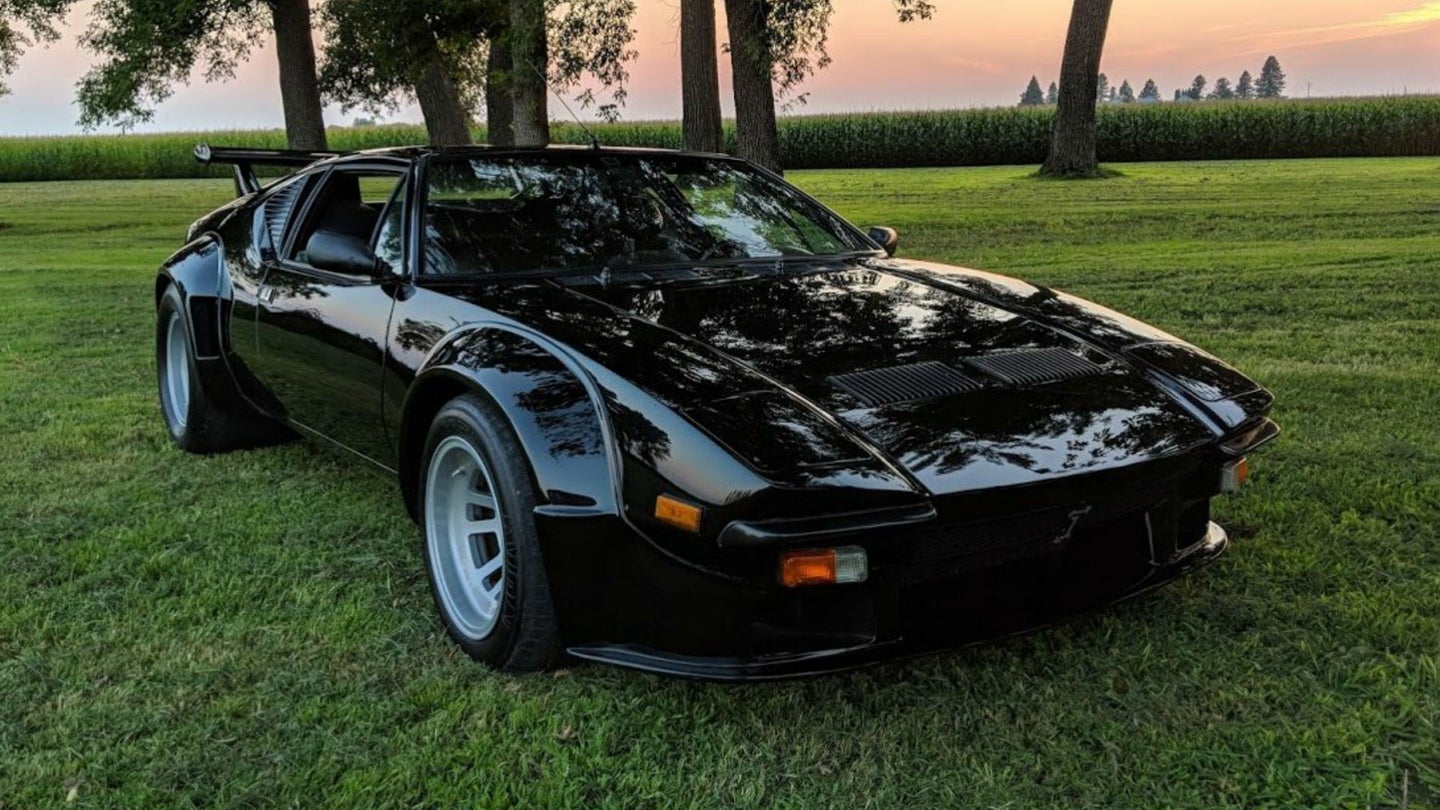 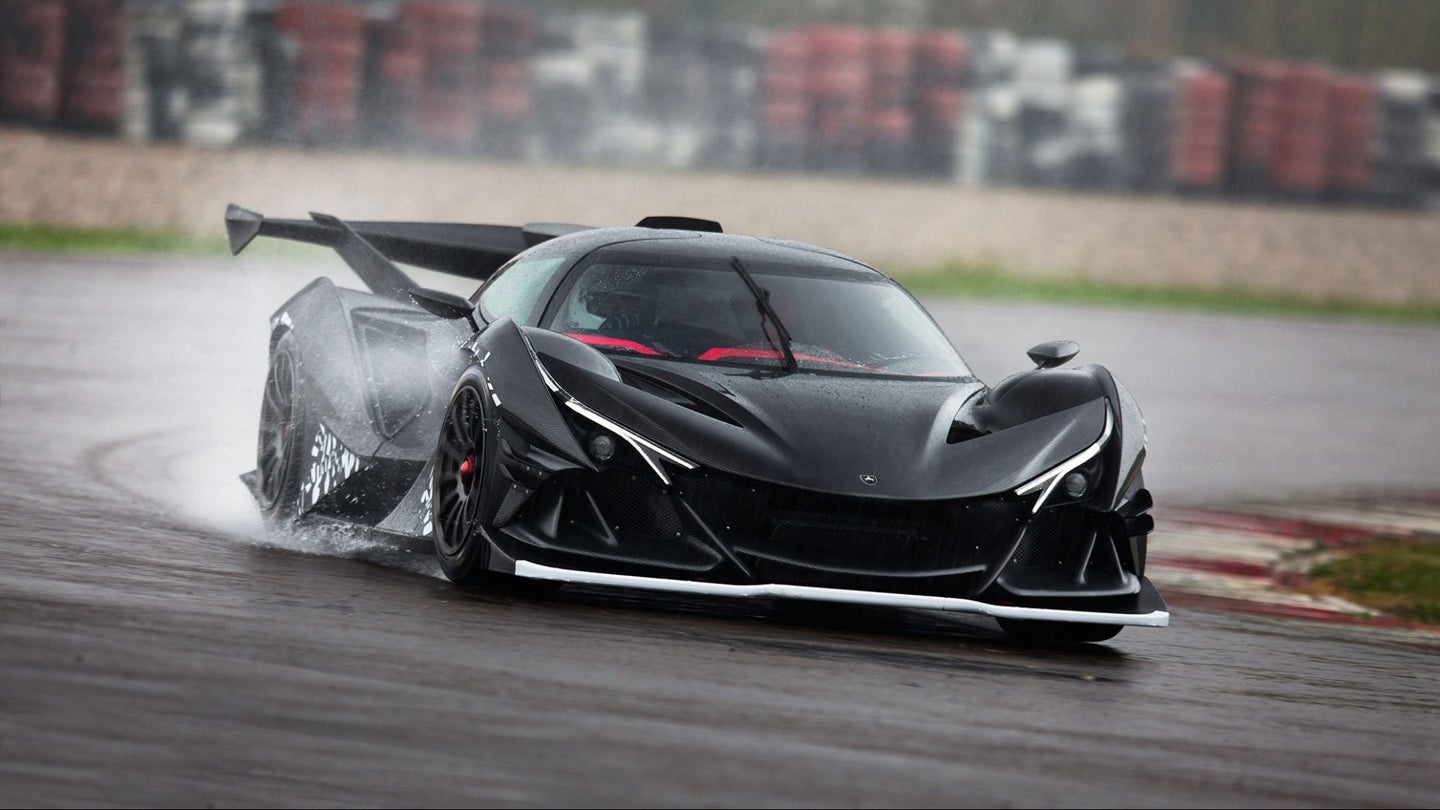 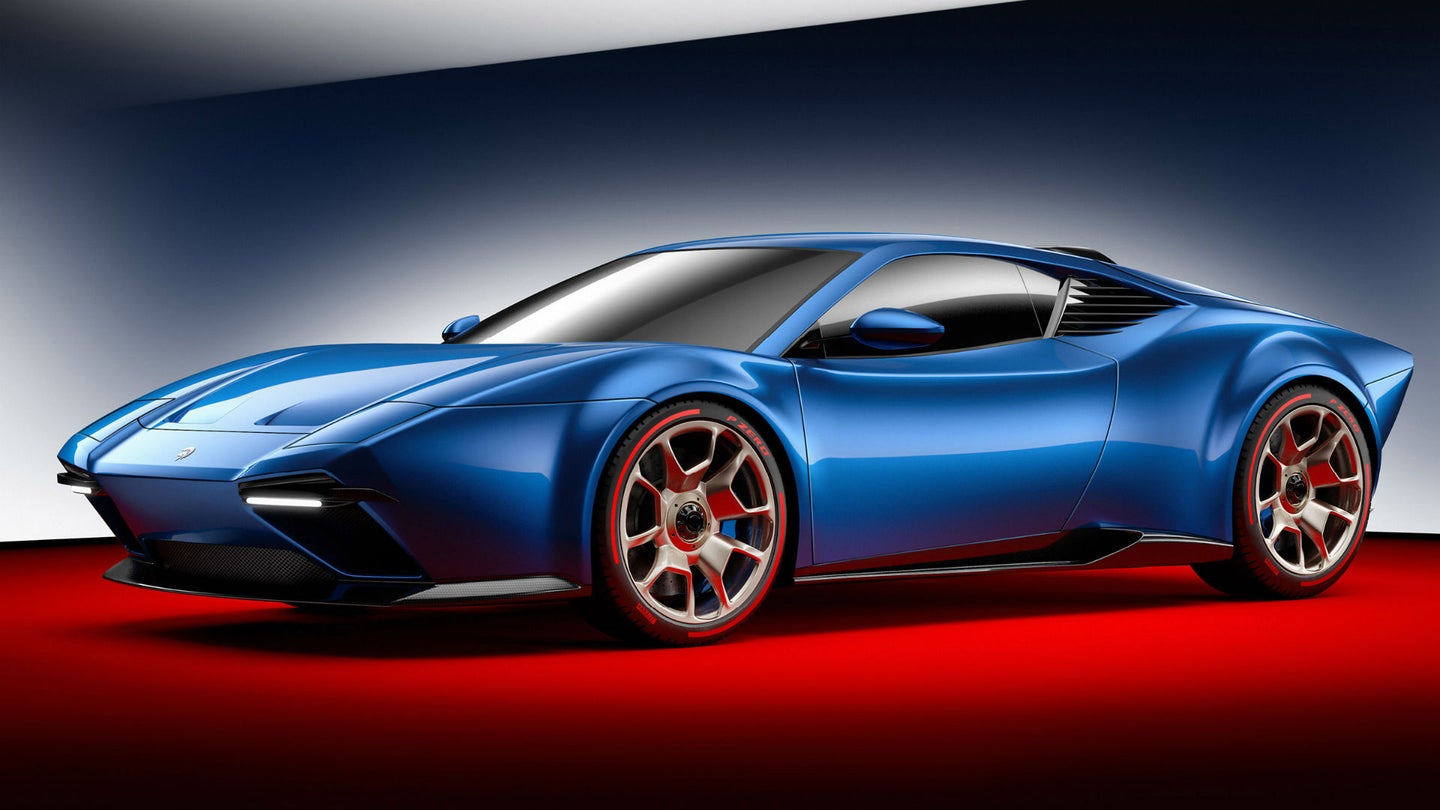