The Roald Amundsen is the first cruise ship propelled by some sort of electric power and will sail from Norway to Alaska and eventually Antarctica. 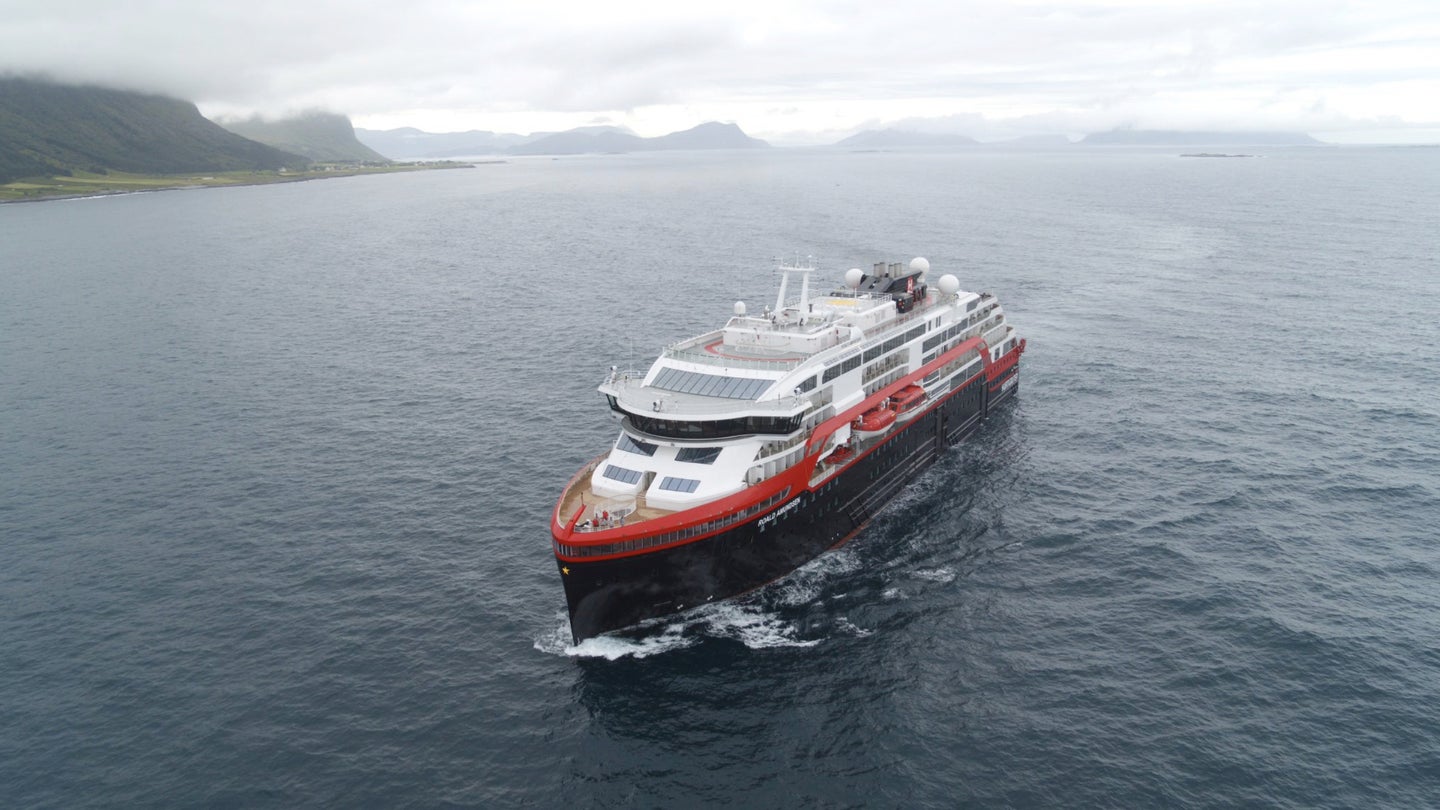 In what seems like a constant war against the internal combustion engine in cars and trucks in a fight to reduce pollution, other industries seem to be left out. Indeed, while cars receive the brunt of the criticism, a recent study found that Carnival’s cruise ship fleet pollutes the air almost 10-times more than all the cars in Europe. Other studies over the years proved that container ships are also bigger culprits to air and water pollution than cars or trucks combined. But one cruise ship is making its maiden voyage to try and begin to curtail this problem as it’s the first hybrid diesel-electric.

The Roald Amundsen is a 500-passenger cruise ship and it’s the world’s first vessel of its kind powered by battery power. Operated by cruise operating firm Hurtigruten, it set off on yesterday from a port in Tromsoe in northern Norway and will cruise to Alaska and eventually to Antarctica sometime in October.

The ship is specifically designed to handle extremely rough waters, a necessity given its intended routes. Named after the famed Norwegian explorer, Roald Amundsen made a name for himself after navigating the Northwest Passage between 1903 and 1906. He was also the first explorer to reach the South Pole in 1911.

The Roald Amundsen still runs on traditional marine gasoil, but it also houses a massive battery pack that can propel the ship completely on electricity for periods of up to 45 to 60 minutes under the right conditions. According to Hurtigruten, that reduces the ship’s carbon dioxide emissions by about 20 percent.

"It's designed to take excessive energy from the engines and put into the battery when the ship doesn't need it, and put it back into the engine when the ship needs it -- it is a way of reducing emissions significantly without having charging stations available," Daniel Skjeldam said to Reuters, Hurtigruten’s Chief Executive.

Although hybrid electric propulsion has been around for years in the car and truck industry, it’s still in its early stages in the maritime industry. That’s mainly because of the lack of charging infrastructure as few ports around the world offer the service.

"We expect batteries to be an important part of shipping in the years to come, but of course we don't expect our ships to be able to operate only on batteries, because the ship can sail up to 18-20 days in areas where there are no charging points," Skjeldam continued.

Hurtigruten hopes battery technology will improve in the coming years in addition to boosting charging infrastructure along traditional shipping routes throughout the Norwegian coast.

Fishing crews have reported more than a dozen crushed cars at the bottom of the sanctuary, which lies off the coast of Washington state.

Royal Caribbean’s Symphony of the Seas will be 230,000 tons of fun when it debuts next year.