“You want a tax credit or street credit?” 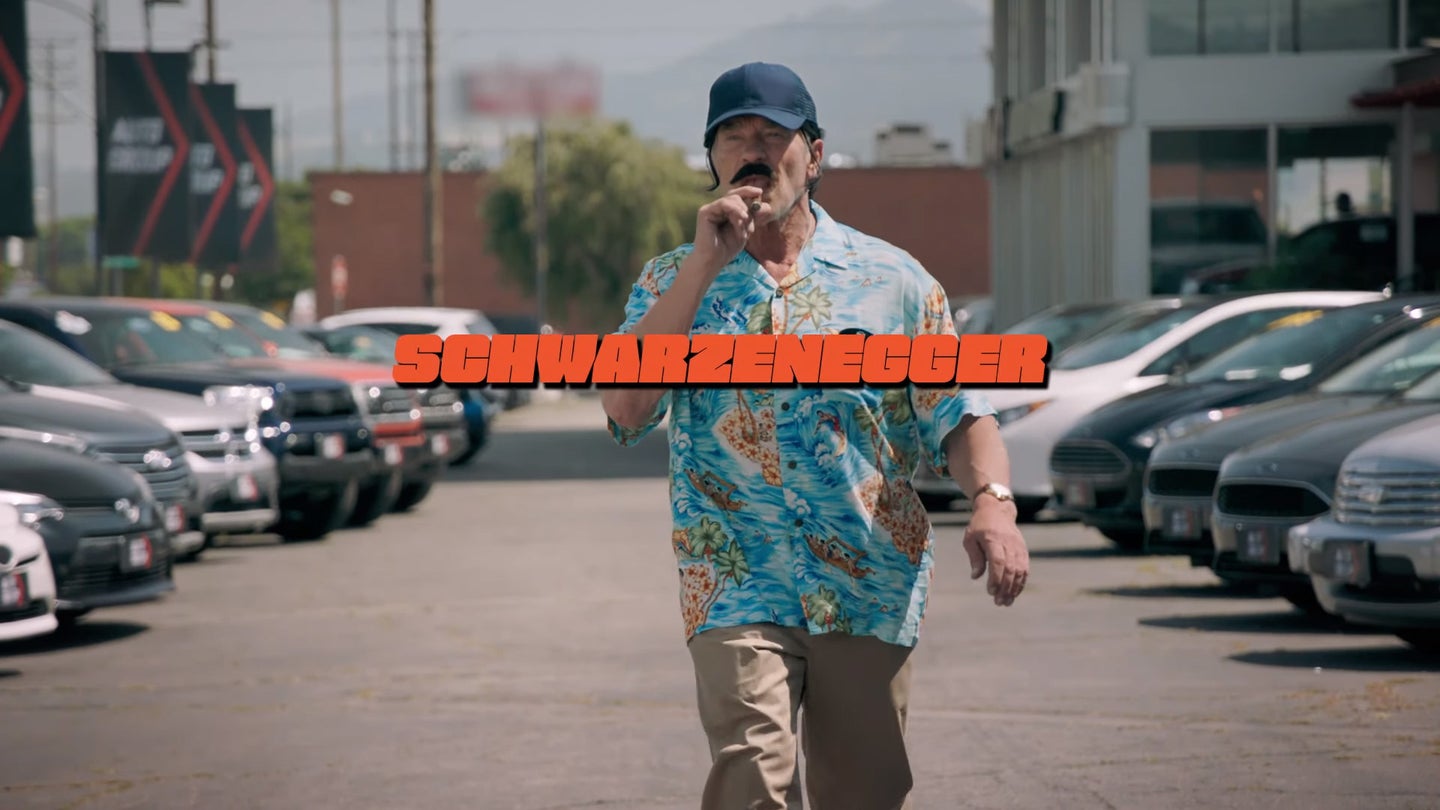 Have you ever tried to buy an EV and have a salesperson push you away from it, or vice versa? If so, you already know what this video is all about. Renowned action star Arnold Schwarzenegger takes on the toughest role of his incredible career to shed light on a widespread issue. Believe it or not, the "Governator" plays a car salesman—but not just any car salesman—one who hates electric cars.

Schwarzenegger teamed up with Veloz, a coalition of electric car industry stakeholders, to inform the public of the benefit to driving electric cars in a hilarious skit called "Kicking Gas." The former body-builder goes undercover as alternate persona Howard Kleiner; a car salesman who despises electric cars almost as much as he loves the smell of exhaust. Kleiner works at a used car lot, obviously, and receives visits from several individuals and families during the three-and-a-half minute skit, all of who are interested in switching from traditional gas-powered cars to something a bit more green.

Of course, Kleiner is having none of that. He attempts to convince the customers that what they view as common electric car benefits—cost savings, quietness, and being environmentally friendly—are all actually negatives. He explores each personality differently, even bringing one couple a gas-guzzling Hummer H2 to try on for size.

"Can a battery-powered car do this?" jokes Schwarzenegger as he revs the engine. "This is Testosterone!"

As if it wasn't easy enough to recognize Schwarzenegger's voice, the actor also managed to slip in a few of his most well-known phrases, perhaps cluing some of the customers in on his real identity. Only one customer seemed to catch it right away but still seemed to go along with the car salesman antics of Howard Kleiner.

But don't worry, it's not all parody. The Governator ends the skit by plugging the benefits of electric cars, stating that EVs not only save money (in certain cases) and benefit the environment but also retain the fun and excitement of traditional driving.

As electric cars become more commonplace in the United States, clever advertising campaigns like this might help to persuade potential customers into buying one. Rightfully so, using Schwarzenegger as the face of EVs might be one of the best tactics yet.