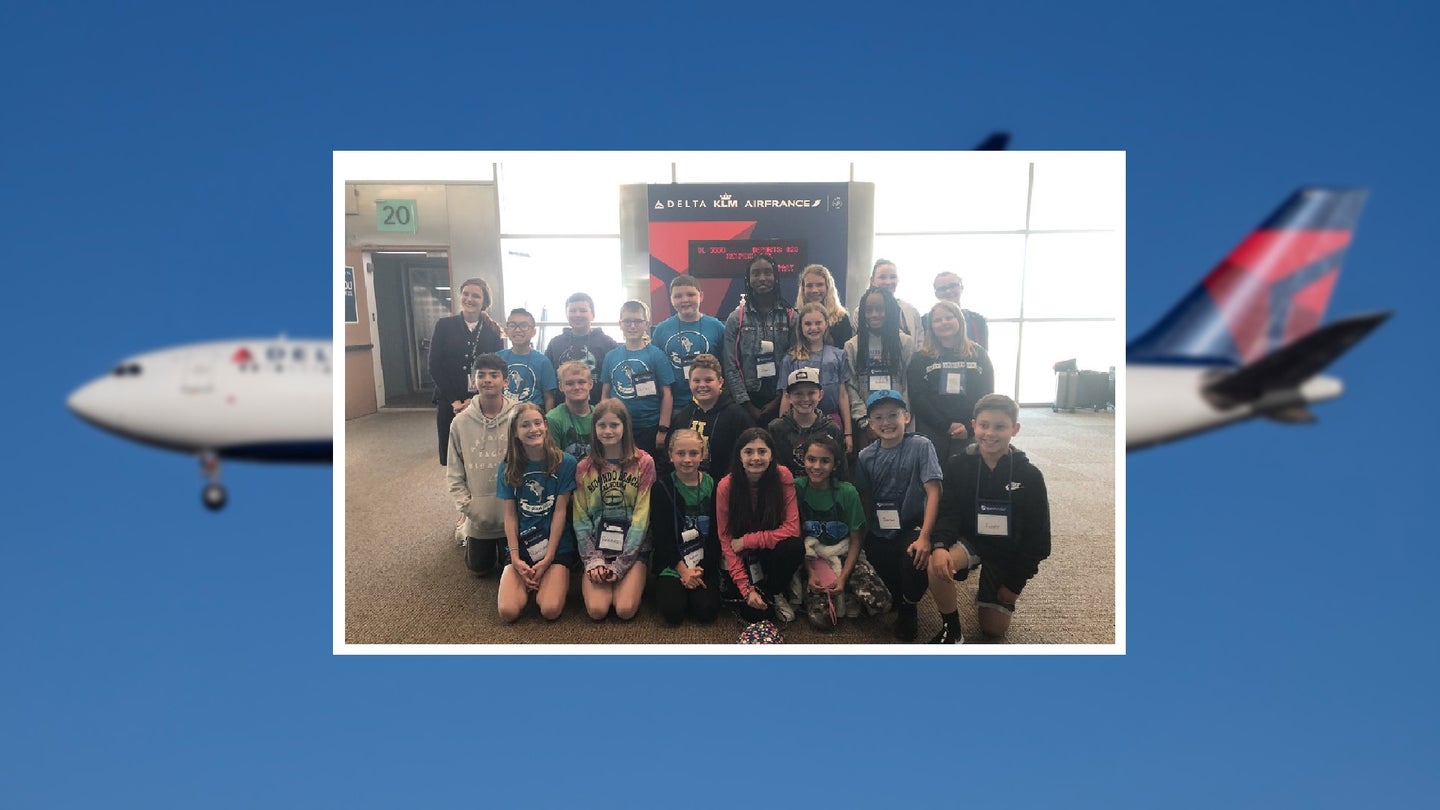 It's a good day to work for Delta's PR department. A group of fifth-graders from Tulsa were treated to a private flight last week after their original flight with American Airlines was canceled at the last minute.

In a report by the New York Post, the class of 41 students and their chaperones had been planning and looking forward to a field trip to Washington, D.C. for nearly a year. Their American Airlines flight from Will Rogers World Airport in Oklahoma City to Richmond, Virginia was scheduled for June 2 but it was abruptly canceled and left the group stranded.

Luckily, a pair of Delta gate agents reportedly noticed what was going on and got in touch with their headquarters in Atlanta, who found a spare aircraft that could be flown to OKC. After several hours of waiting and facing the possibility of canceling their trip, the fifth-grade class was finally en route to D.C. thanks to Delta. As a bonus, they had the plane all to themselves.

"It was absolutely amazing when Delta corporate came in and just said, 'We'll just give you the whole plane,'" said one of the chaperones.

Even though American Airlines refunded the group for the canceled flight, it doesn't sound like the airline left a very good impression on those involved considering they spent two-and-a-half hours on the phone with American customer service.

Speaking to Fox News, a Delta rep said, "This heartwarming story is a testament to our culture and heart of Delta people that if you see an opportunity to do the right thing, you take it every time... While we are in the travel business, we see ourselves as in the people business first and we couldn’t be happier that these students were able to make their trip."