Here’s an expensive mistake that will make sure you always check your mirrors.

Getting into an accident of any kind is enough to ruin someone's day, especially if it could have been otherwise completely avoided if only the person who caused it was paying attention to the road. But having it happen when you own a $300,000 Ferrari 458 Challenge

really sucks, even more so when a small part can be priced upwards of a brand new car.

A driver in Romania's capital city of Bucharest discovered the importance of situational awareness the hard way. The mistake took only seconds to make, as the driver of the 458 Challenge parks his car on the site of a road as onlookers snap photos and film the exotic car. He immediately swings open the driver's door without checking his mirrors and is clipped by a passing Mazda.

The freshly amputated Ferrari 458 Challenge is a very special model. And while we're not sure of Romania's traffic laws, we're pretty certain that the 458 Challenge isn't destined for the public streets. This amped-up Italian supercar is a performance version of the 458 family meant for the racetrack. Its ultra-lightweight footprint has been achieved by trimming the fat from the body. Panels have been thinned, carbon fiber used to replace traditional components, and glass removed in favor of polycarbonate (hence the slider on the driver's window). Fortunately, it maintains functional side mirrors (even if they aren't used in this case).

While not identical, a similar incident took place in 2016 with a Ferrari F430. After waiting three months for a replacement door from Ferrari, the owner's insurance was billed $14,000 for the part, and that was just the start. The final cost of the repair skyrocketed to just over $31,000 when taking into account all necessary hardware, plus the 60 hours of shop labor to provide OEM-quality fit and finish.

This is surely a lesson that the driver won't soon forget. Looking back, perhaps he should have considered buying a Lamborghini instead. 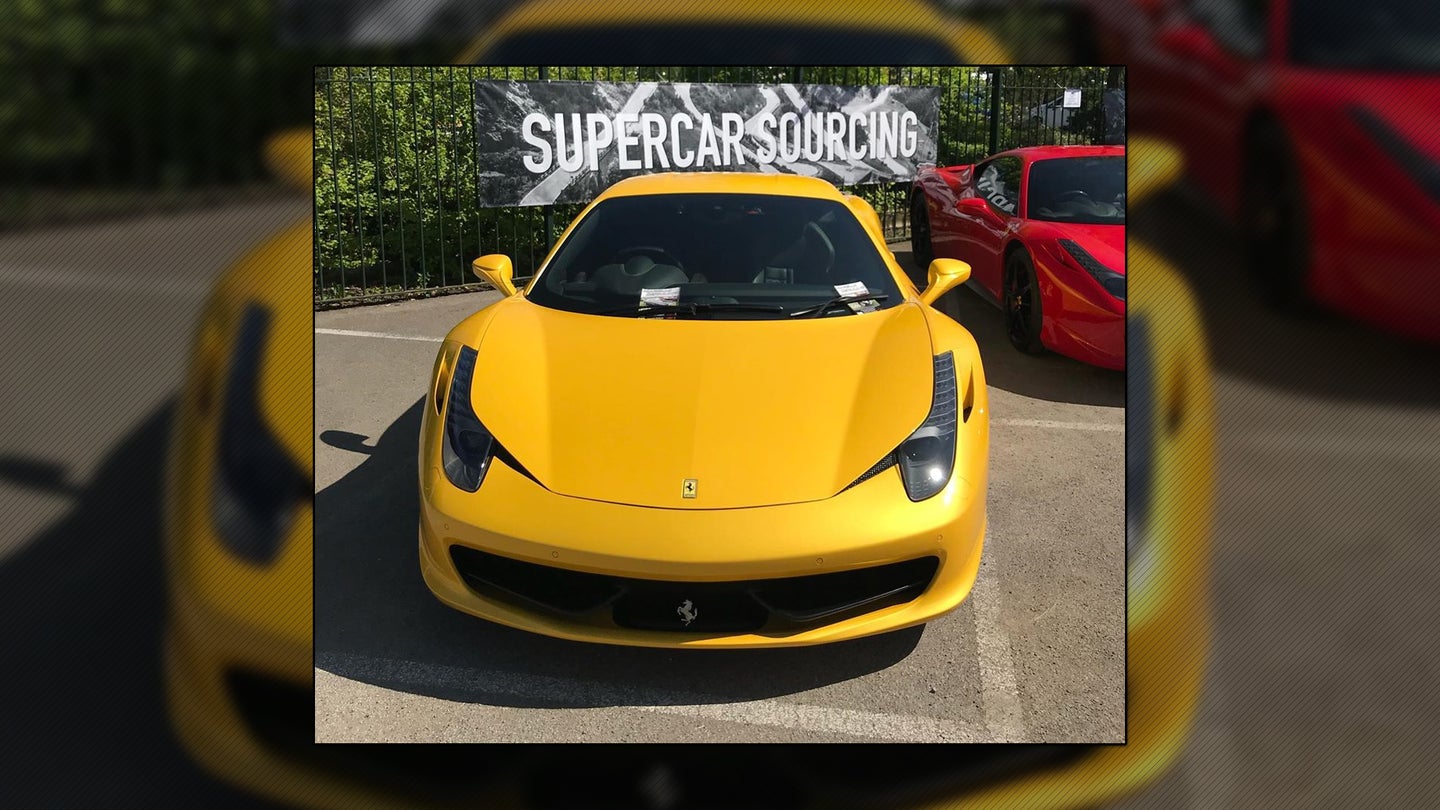 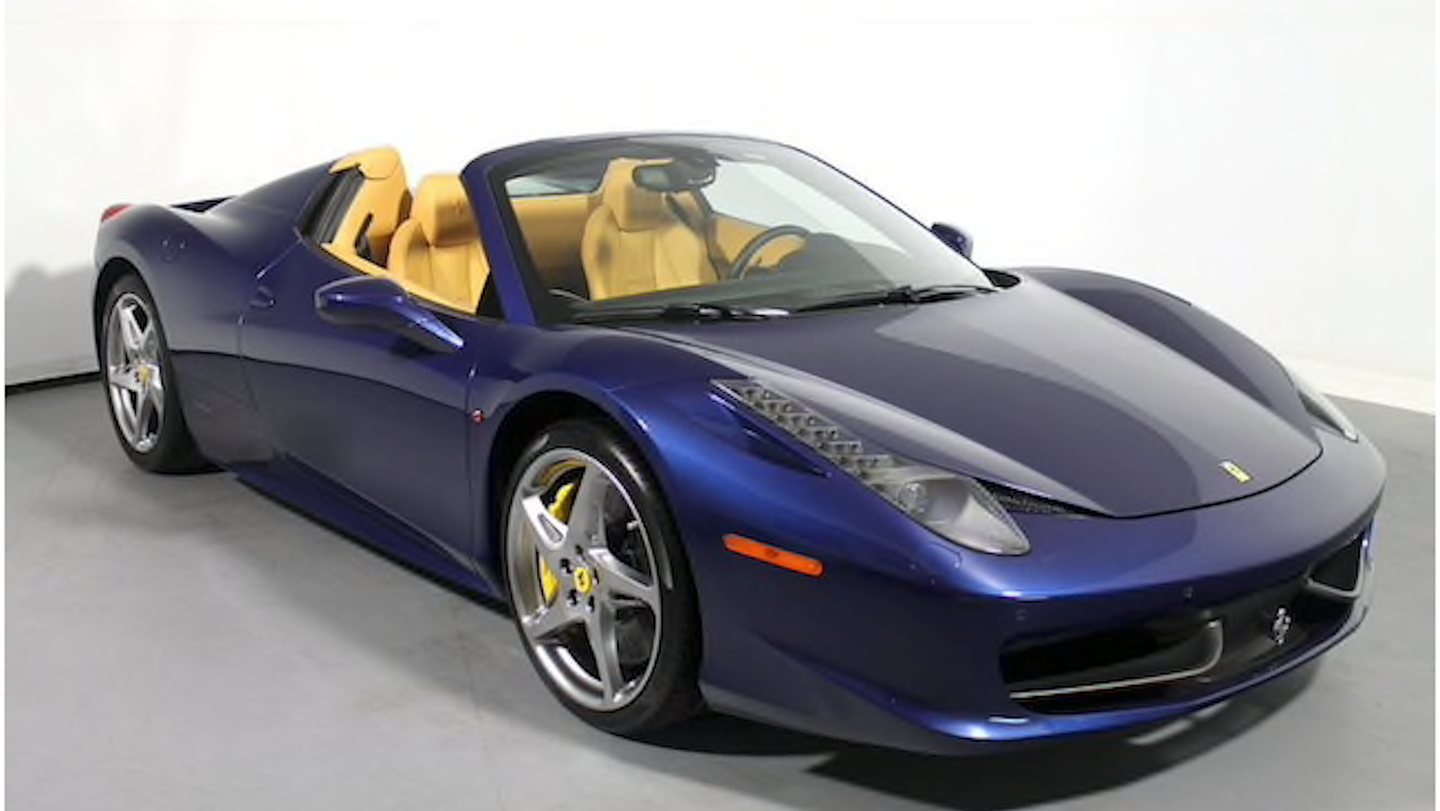 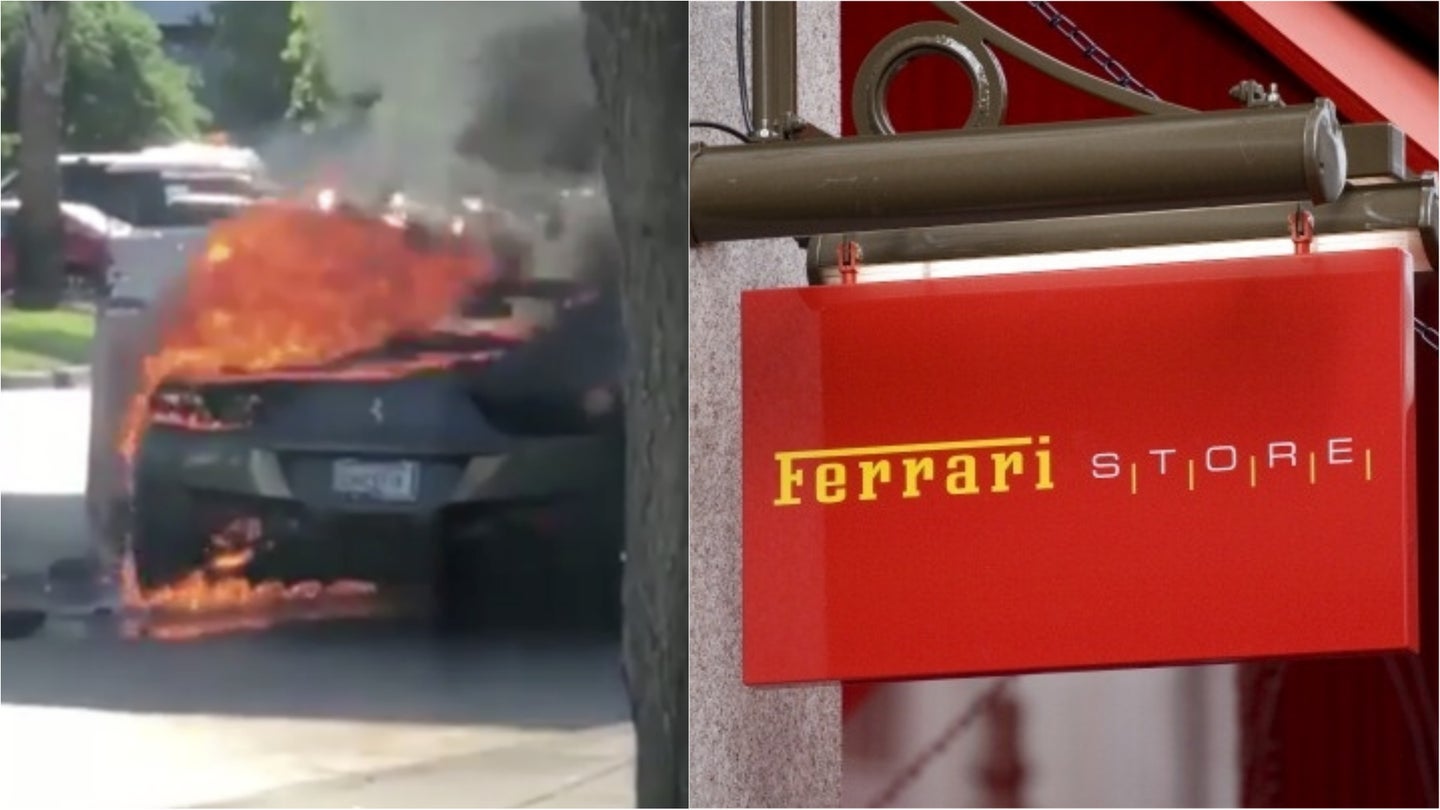 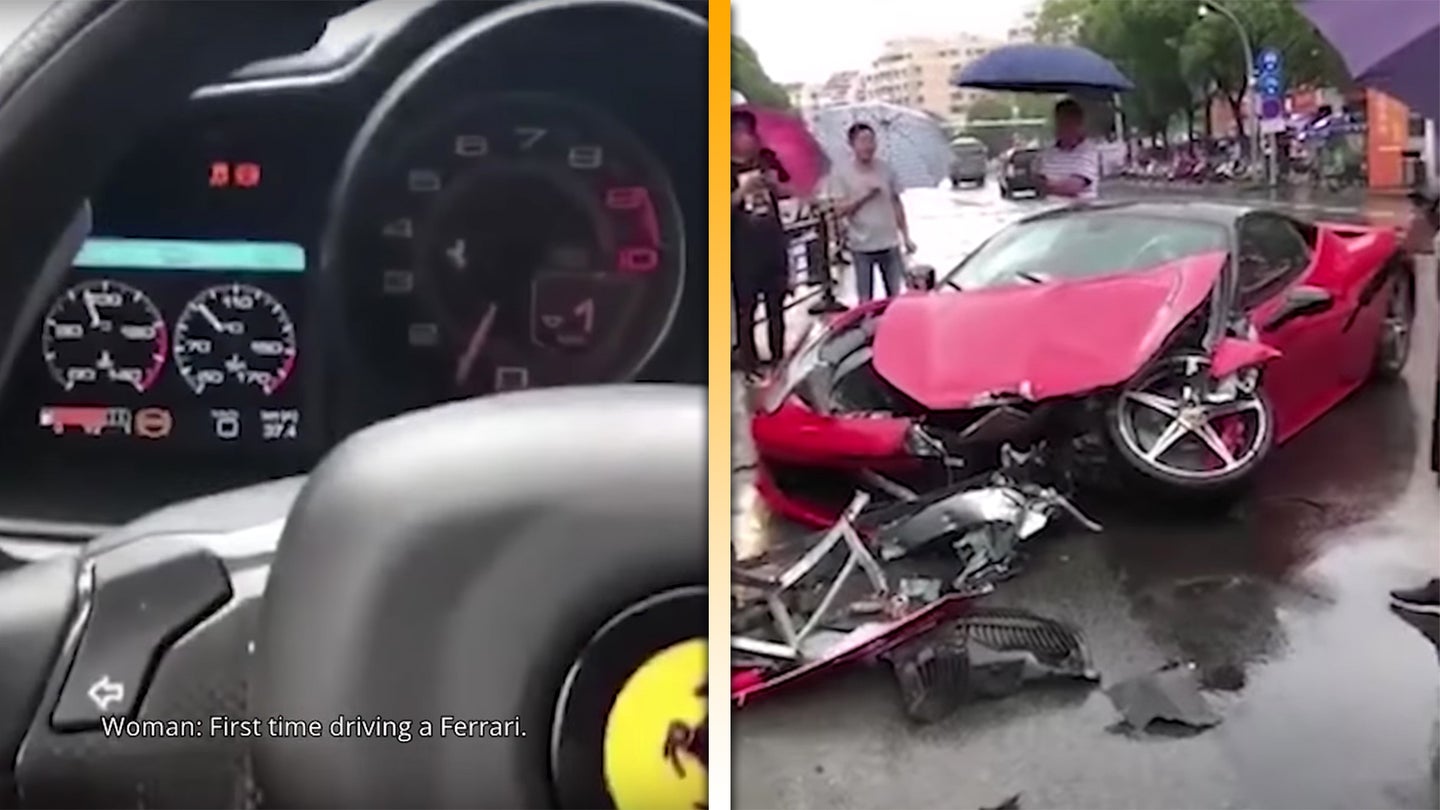 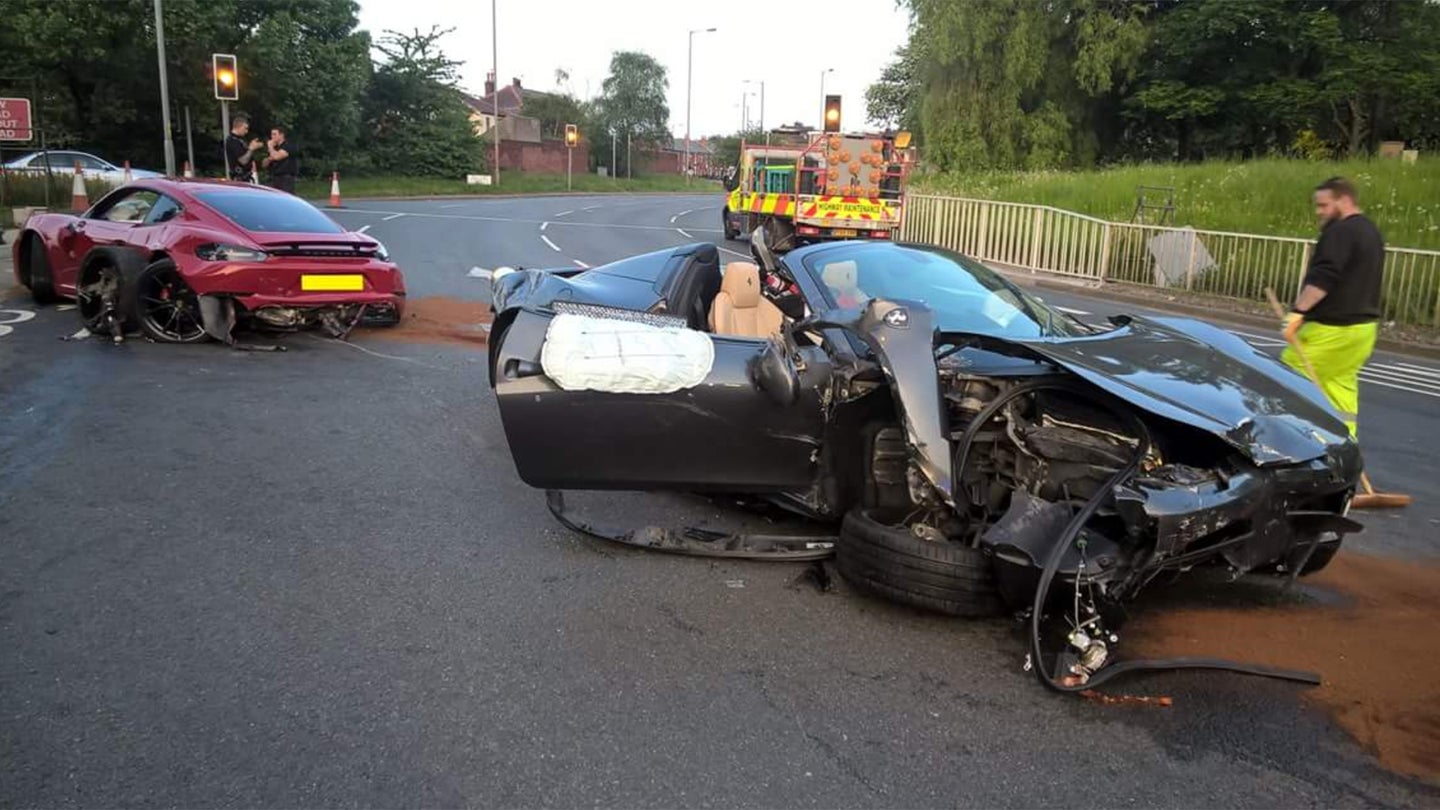 Not the smoothest getaway.