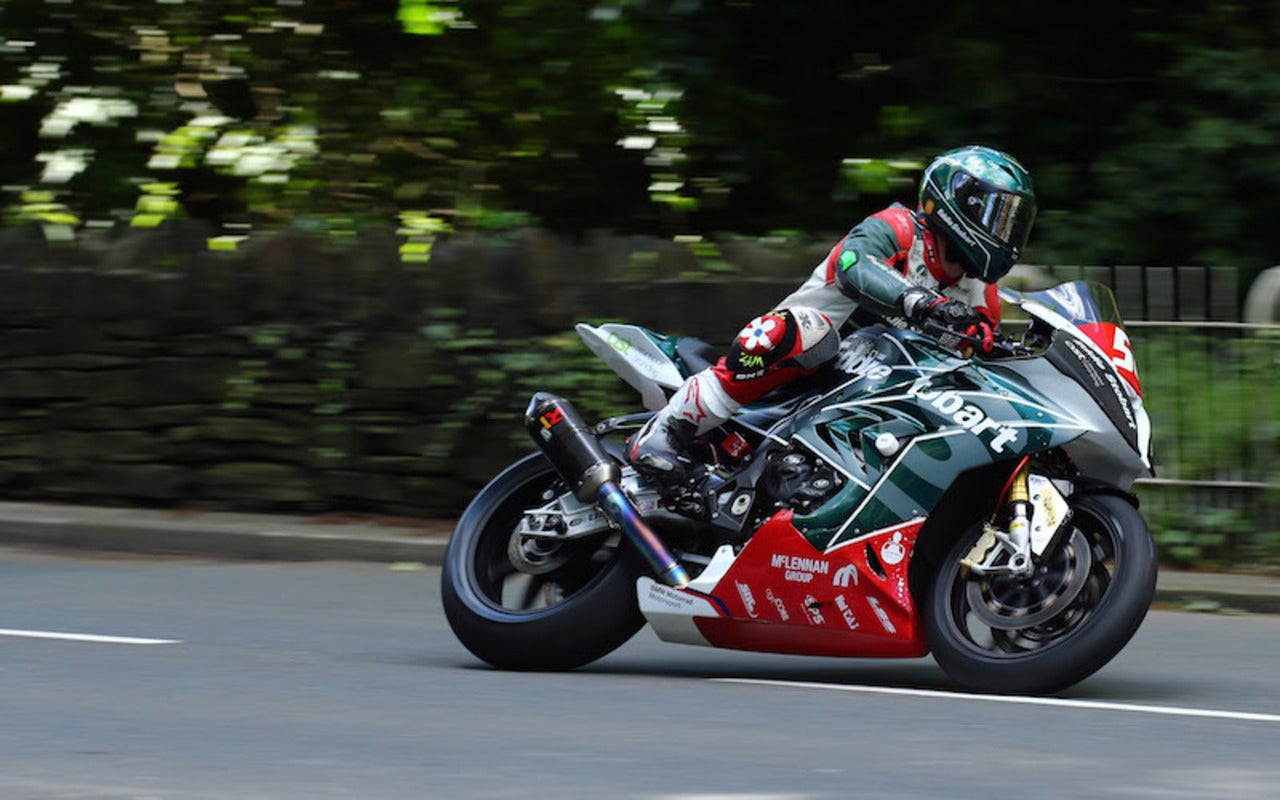 The Isle of Man TT motorcycle race has been held since 1907 and has unfortunately gained the moniker of the world’s “most deadly” race as each year sees on average two riders perish on the grueling 37.73-mile Snaefell Mountain circuit. During the first race of the year this week, rider Daley Mathison tragically became the mountain’s latest victim.

According to Autosport, Mathison was running the first Super Bike race of the week. The race was scheduled to run for four laps of the extensively stone-lined, tightly woven city streets and mountain plains circuit. But when Mathison crashed on the third lap, just two miles into the race circuit, the race was red flagged and ultimately ended. The TT’s organizers said that “the accident occurred at Snugborough, just over two miles into the course, on the third lap of the race.” This section of the race circuit is an undulating portion that’s lined with large stone walls and houses. Large trees are present as well.

Mathison was a seasoned TT rider. He made his debut on the mountain in 2013 and raced on the Isle of Man on 19 separate occasions. Autosport reports that Mathison held a number of podium finishes over the years, including some with the electric motorcycle races that began being held in recent years. Though he never won the TT, the man from Stockton on Tees managed to clock a barely believable 128.05 mph average across the nearly 40-mile mountain course last year.

At the time of the accident, Mathison was piloting a BMW S1000RR race motorcycle for the Penz13 team. The race organizers, the team, and Mathison’s wife have all expressed their grief at Mathison’s death. His wife later sent a tweet confirming Mathison’s fate, but told the rider’s fans to know that he was happy before the end, saying, “Daley, as Daisy says, is now sleeping with the fairies. That’s all I can bring myself to say right now. The last image I saw of my husband was of a man so happy with life and so proud of his racing.”

Though the Baja 1000’s history is similarly bloody, the Isle of Man has claimed far more lives. The torturous race has been held for over a hundred years and in that time, nearly two hundred people have lost their lives, including some of the greatest motorcycle riders ever to grace the planet. Each year, as more stringent safety rules dominate other motorsport events, calls for the TT’s end arise. Yet, for those willing to put their bodies on the line, nothing will stop them from achieving success atop the Snaefell loop.

Our hearts and thoughts go out to Mathison’s family and friends.