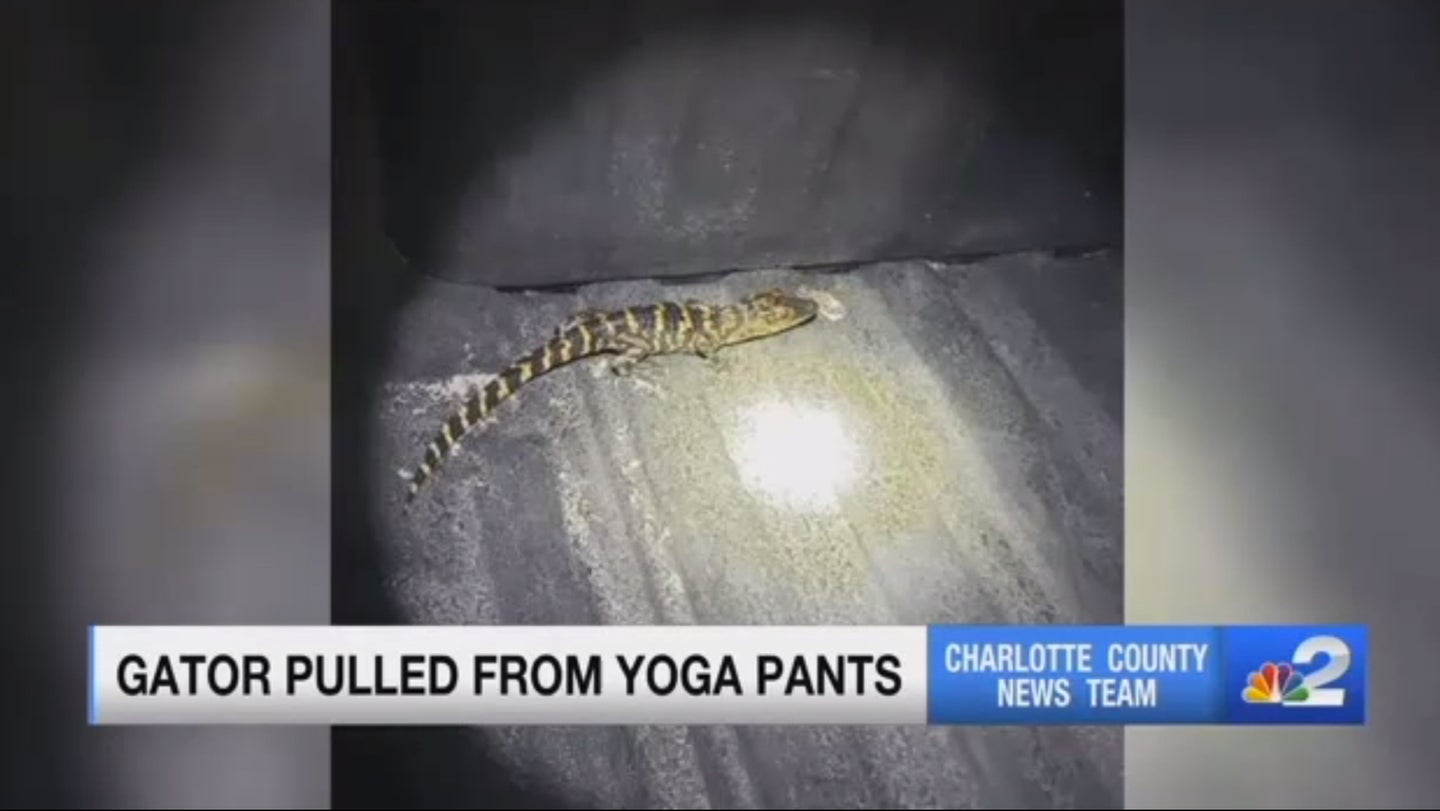 The Queen of all Florida Women has finally revealed herself. When the pickup she was riding in was pulled over for failing to stop at a stop sign, the 25-year-old opened up a backpack full of 43 turtles and pulled a live alligator out of her pants, reports NBC2 News.

This is, of course, reenacted in a deeply charming way by NBC2's local news segment on the story, where someone actually tries to stuff a toy gator into a pair of yoga pants. (The toy gator's jaws are open, so it doesn't work so well.)

Deputies from the Charlotte County Sheriff's Office pulled over the pickup at around 3:15 a.m. Monday. The pickup driver failed to stop at a stop sign on Oil Well Road before turning onto Tamiami Trail, per an incident report cited by NBC2.

The 22-year-old man driving the pickup said that he and his female passenger were coming from an underpass where they were trying to collect frogs and snakes. That's not what they picked up to bring home, though.

Deputies then asked the two to open up their bags in the truck so they could double-check what kinds of wildlife they were taking home, as there are strict rules regarding certain species. That's when the One True Florida Woman opened a backpack in the floorboard of the truck which contained 42 three-striped mud turtles and one softshell turtle.

When asked if there was anything else deputies should know about, the passenger pulled a foot-long American alligator out of her yoga pants.

While this definitely isn't something you should do, the logic of storing an alligator in stretchy pants almost checks out if you ignore the whole Mr. Chompy wriggling down by your private parts...part. Alligators given to tourists to hold usually have a rubber band around their jaws so no one loses a finger. Yoga pants are stretchy, and a cute lil' baby alligator won't have quite the jaw strength of a full-grown one. Maybe these pants were a clever way to both store the alligator and provide stretchy resistance against the gator's mouth?

Give Florida Woman some credit here—it sounds plausible, even though we're not going to test this out ourselves.

Both kinds of turtles and the alligator are native to the area but regulated, so deputies called the Florida Fish Wildlife and Conservation Commission at 3:50 a.m. to help out, reports NBC2. The critters have since been seized and released back into the wild. The driver and passenger were both cited for taking them as well as for violating bag limits for the reptiles.