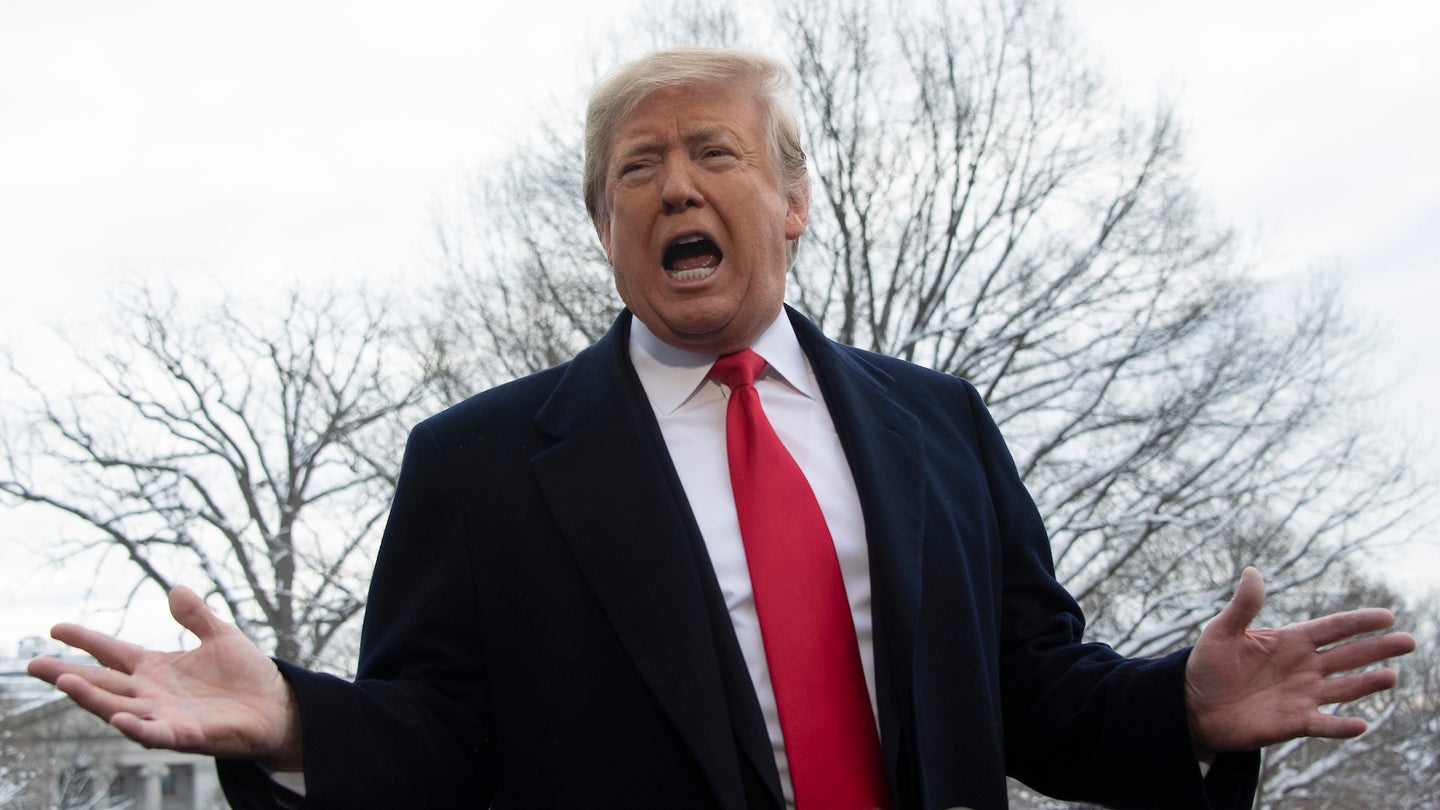 President Donald Trump has taken to Twitter to express his disappointment in General Motors as the company recently shuttered its Lordstown, Ohio plant.

GM's Lordstown facility manufactured the Chevrolet Cruze until March 6, when the factory's production allocation expired, making the plant officially idle and its workers redundant. Lordstown's future was known to be in jeopardy throughout the second half of 2018 due to plummeting demand for sedans, particularly American sedans, along with a leap in the cost of raw materials as imposed by President Trump's imported metal tariffs—tariffs brought about by the president's ignorance of the modern automotive business.

"Increased import tariffs could lead to a smaller GM, a reduced presence at home and abroad for this iconic American company, and risk less—not more—U.S. jobs," the automaker warned the Trump administration in July, via a filing with the United States Department of Commerce. The Center of Automotive Research backed up GM's claims, projecting Lordstown's job losses as some of the first of 715,000 American jobs that will be killed by the tariffs.

"The threat of steep tariffs on vehicle and auto component imports risks undermining GM’s competitiveness against foreign auto producers by erecting broad brush trade barriers that increase our global costs, remove a key means of competing with  manufacturers in lower-wage countries, and promote a trade environment in which we could be retaliated against in other markets."

GM has alluded to President Trump's tariffs as financial "headwinds" in its official statements, and though it hasn't specified the import tariffs' impact on its finances, close competitor Ford has admitted to losing over $1 billion in profit to these tariffs. Between an already-questionable future for the plant caused by falling demand for its products, a worsening relationship with the plant's workforce, and the added weight of material tariffs, GM put the kibosh on Lordstown, its continued operation deemed financially infeasible.

"Just spoke to Mary Barra, CEO of General Motors about the Lordstown Ohio plant," President Trump tweeted. "I am not happy that it is closed when everything else in our Country is BOOMING. I asked her to sell it or do something quickly. She blamed the UAW Union—I don't care, I just want it open!"

Contrary to President Trump's claims, Barra has not officially pointed to United Auto Workers (UAW) as the reason for Lordstown's closure. Likewise, his tweet conflicts with his own previous acknowledgment of GM's reason for closing Lordstown along with four other North American plants.

"They say the Chevy Cruze is not selling well," said the president, as quoted by Cleveland.com. "I said, 'well, get a car that is selling well and put it back in. I think you'll see something else happen there.'"

Reopening Lordstown to manufacture another model is not something possible on a whim; Lordstown was retooled in 2012 specially to produce the Cruze, and retooling the plant again for another model would require an investment of tens if not hundreds of millions of dollars—cash GM is setting aside to keep itself technologically up-to-date. GM has not yet removed any machinery from Lordstown, reports 21 News, whom a GM spokesperson told that Lordstown Assembly's fate would be decided after UAW and GM complete contract renegotiations later this year.

Another cool thing we can’t have because Trump threw a tantrum.