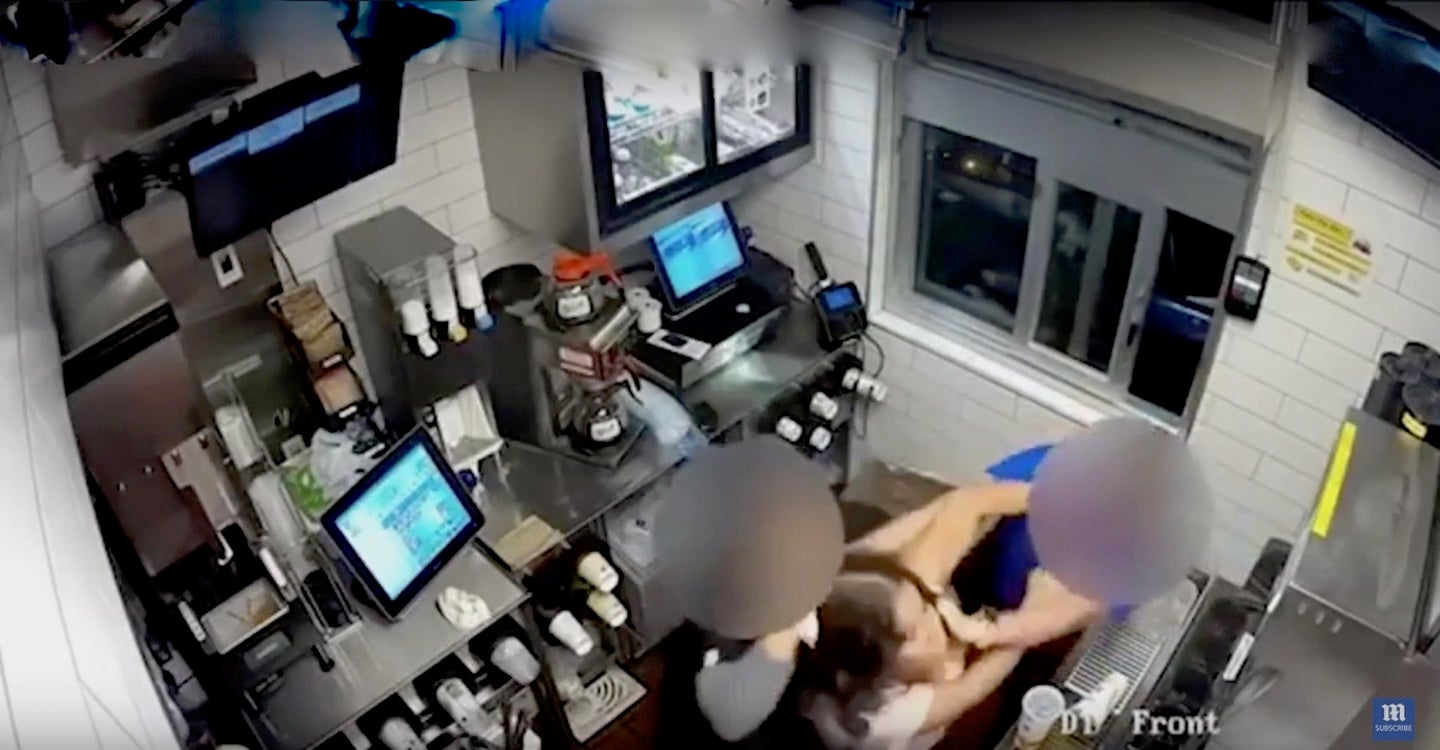 A woman in her twenties is accused of choking and physically attacking several McDonald's employees in Santa Ana, California. The scuffle began when the suspect, who is still at large, received a burger without ketchup when she had allegedly requested ketchup on it.

The woman was reportedly so upset that her burger was not made the way she requested, that she burst through the employees-only back door of the restaurant to demand her packaged tomato-y goodness, according to USA Today. However, when the manager allegedly informed her that she was in an employees-only area, the woman responded by violently attacking and choking her before body-slamming the manager and others who tried to help into a soda machine, a drive-thru window, and a coffee maker.

Shortly thereafter, a man entered the restaurant through that same back door, dashed through the kitchen, and left with the suspect. As this video shows, the whole incident happened in the span of just a couple of minutes, but it will surely leave a lasting impression in the employees involved.

Obviously, this is no way to treat anyone, let alone someone who made a minor mistake on a fast food order. It's clear that this woman has some unresolved issues and possibly needs professional help. But for now, she must face justice for what she did to this poor McDonald's employees.

We've all been frustrated by people getting our orders wrong at our favorite fast food joints, especially when we don't realize until after we left the drive-thru line. Most of us being the reasonable people that we are, we either deal with it or go inside and politely ask for matters to be corrected. If you live in the Santa Ana area and you know of any young women who take their condiments a little too seriously, you can contact the Santa Ana Police Department's tip line at 1-855-TIP-OCCS.