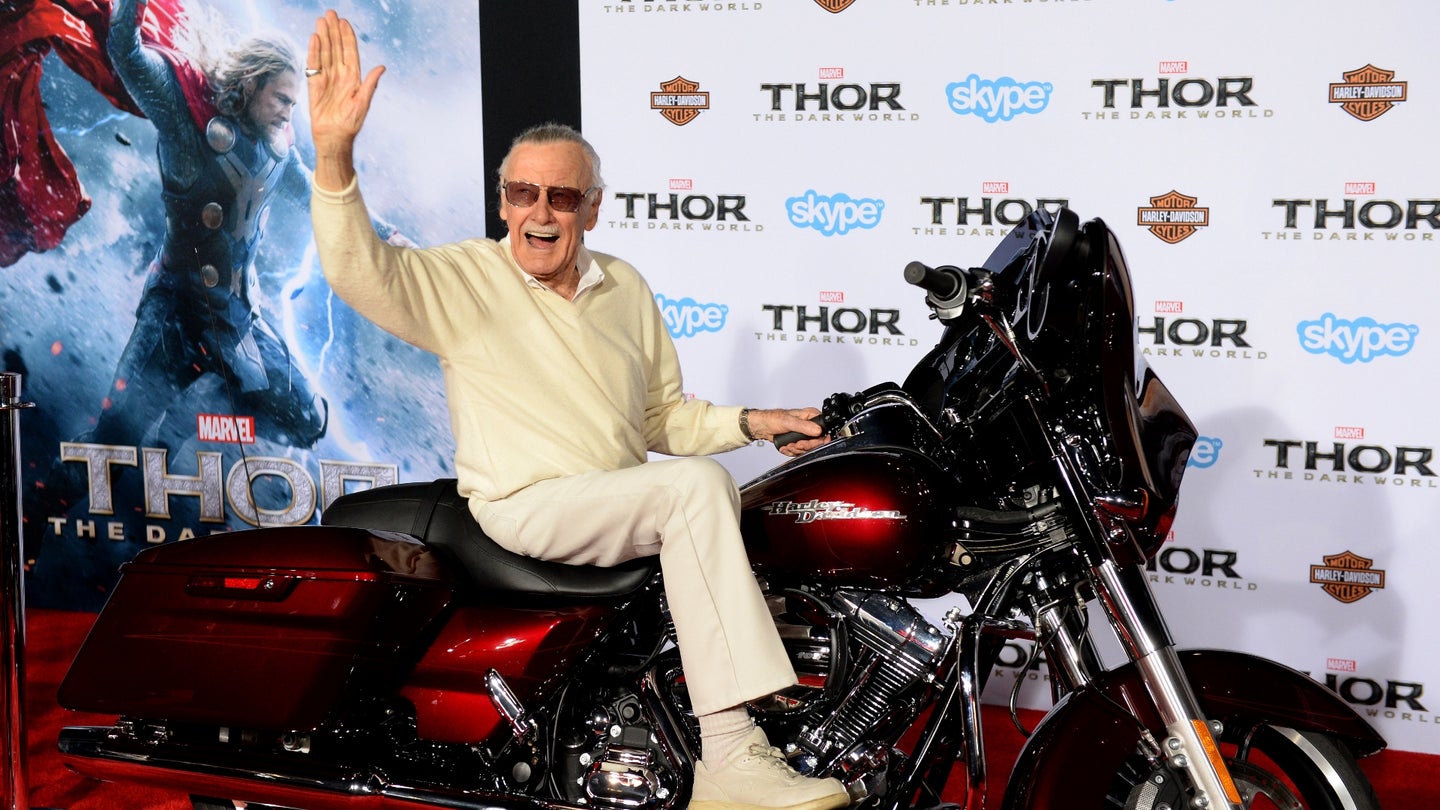 Comic book legend Stan Lee passed away Monday at the age of 95 from causes not yet revealed. The world-famous New Yorker is best known for his work with Marvel Comics, which resulted in the creation of Spider-Man, Iron Man, Hulk, X-Men, and countless other unforgettable superheroes. Lee has been immortalized by his artistic work and the many cameos he performed a plethora of blockbusters. As a result, we've decided to take a look at some of the most memorable rides we’ve seen in the Marvel universe. Excelsior!

Before the second-generation Acura NSX was even confirmed for production, Tony Stark drove one of its concepts in The Avengers (2012) thanks to some heavy Acura product placement in Marvel movies. It may have been a blatant add for Acura, but we think a showy, expensive supercar like the NSX is a perfect ride for the playboy philanthropist.

The Silver Surfer was created by Stan Lee’s longtime illustrator Jack Kirby, with Lee doing much of the writing for the original comics. Kirby said he designed a hero who gets around on a surfboard-like craft because he was tired of drawing spaceships. This board is made from a material similar to the Silver Surfer’s skin and it’s nearly indestructible. At the end of the day, it’s a surfboard that can travel through space and go faster than the speed of light, which makes it a pretty cool vehicle in our book.

Speaking of concepts that eventually made it into production, the Harley-Davidson LiveWire electric concept bike can be spotted in Avengers: Age of Ultron (2015) piloted by the Black Widow. We wish Scarlett Johansson covered her million-dollar face with a helmet, but it was cool to see this innovative concept on the big screen, and we think it was the perfect fit for a defected Russian spy/superhero.

In the R-rated 2017 film Logan, which takes place in 2029, Hugh Jackman (Logan) drives a very strange Chrysler limo that doesn’t exist...yet. The heavily modified Chrysler 300 wears the brand's winged badge and sports an “EB” emblem on the back. In the movie, it drifts around more than you might expect a Chrysler limo to do so, and unfortunately, it takes quite a beating by the end of the film. Oh, and Logan also drives a pretty rad 1976 Ford Bronco that Hugh Jackman appears to have used as his personal car for a while.

Before Dr. Stephen Strange was Dr. Strange, he was a surgeon who was successful enough to drive a Lamborghini Huracan. In the hero’s eponymous 2016 film, Dr. Strange can be seen spinning out in the rain and nearly flying off a cliff while messing around on his phone, ultimately leading to a near-death experience. Remember, kids, don’t text and drive, even if you’re a superhero in a Lamborghini.

Pizza time! Peter Parker’s Puch Newport, itself a variant of the Puch Maxi scooter, was introduced in Sam Raimi’s Spider-Man 2 (2004) and tragically destroyed by bad guys in an old Lincoln Continental in Spider-Man 3. When Spider-Man wasn’t delivering pizza by web-slinging through New York, the humble Puch scooter was a good way to get through traffic.

When Infiniti and ‘Infinity Wars’ forge an alliance.