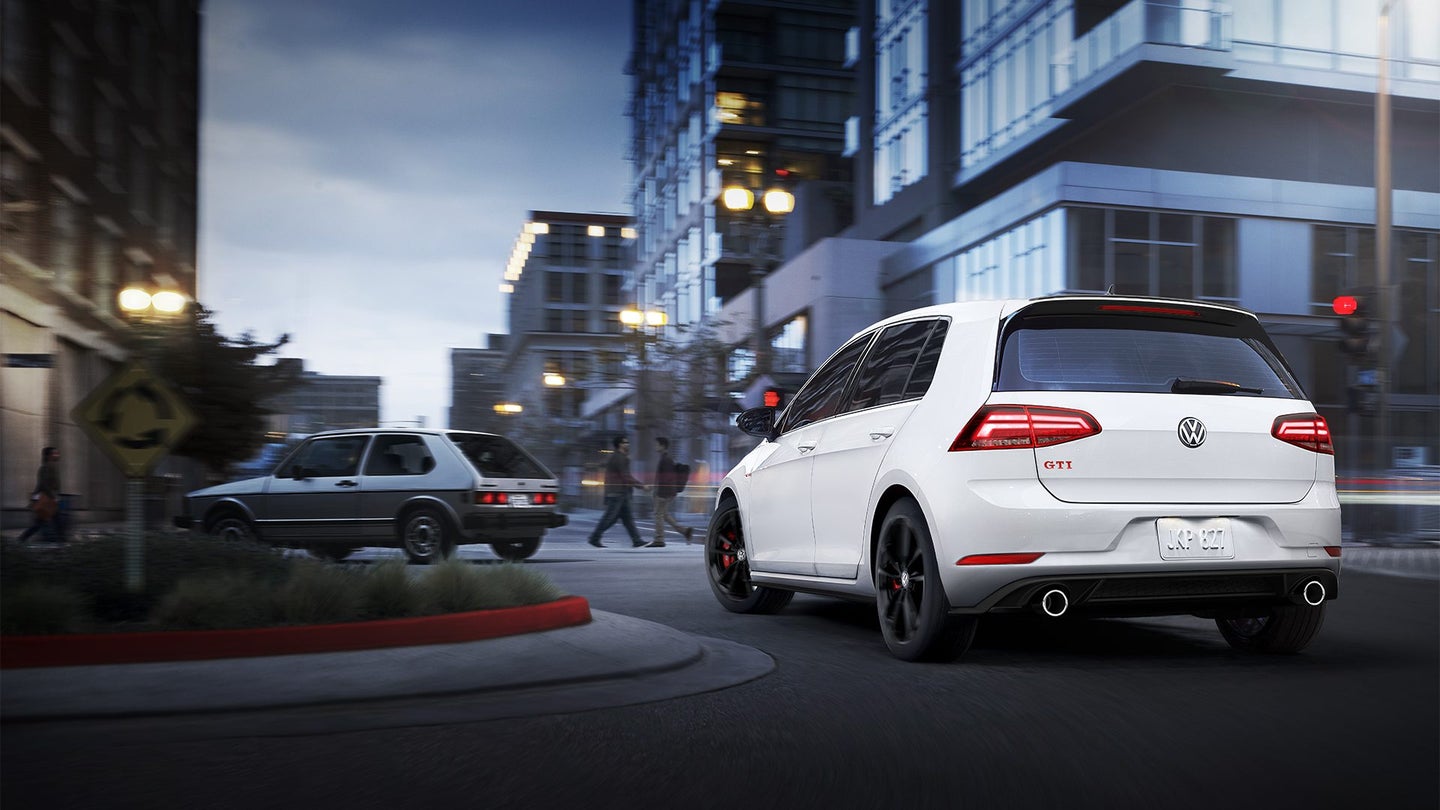 For the 2019 model year, Volkswagen is making some under-the-hood changes to its bread-and-butter Golf and its warmed-up GTI variant.

Sadly, these drivetrain changes don't involve the modified GLI EA888 that just cracked 210 miles per hour at Bonneville, but the German automaker is replacing the hatchback's 170-horsepower 1.8-liter turbo with the 2019 Jetta's 147-horsepower 1.4-liter turbo. It'll be paired to the driver's choice of either a six-speed manual or eight-speed automatic transmission. The new engine will also be employed in front-wheel-drive versions of the Golf SportWagen.

In spite of the drop in power, the 1.4 is an engine our own Eric Adams called "responsive and capable" in his review of the Jetta so we're looking forward to seeing how it fares in the smaller and lighter Golf.

As for the GTI, the hot hatch retains the same 2.0-liter turbo it had last year but it's now been tweaked to produce 228 horsepower when using premium fuel, 8 more than last year's model.

Lastly, the 292-horsepower Golf R goes mechanically unchanged. It does, however, get a new Spektrum paint program that lets the customer choose from 40 funky, custom colors.