Get Your Satisfaction by Buying Keith Richards’ 1972 Dino 246 GT

Give it shelter when it crosses the auction block this weekend. 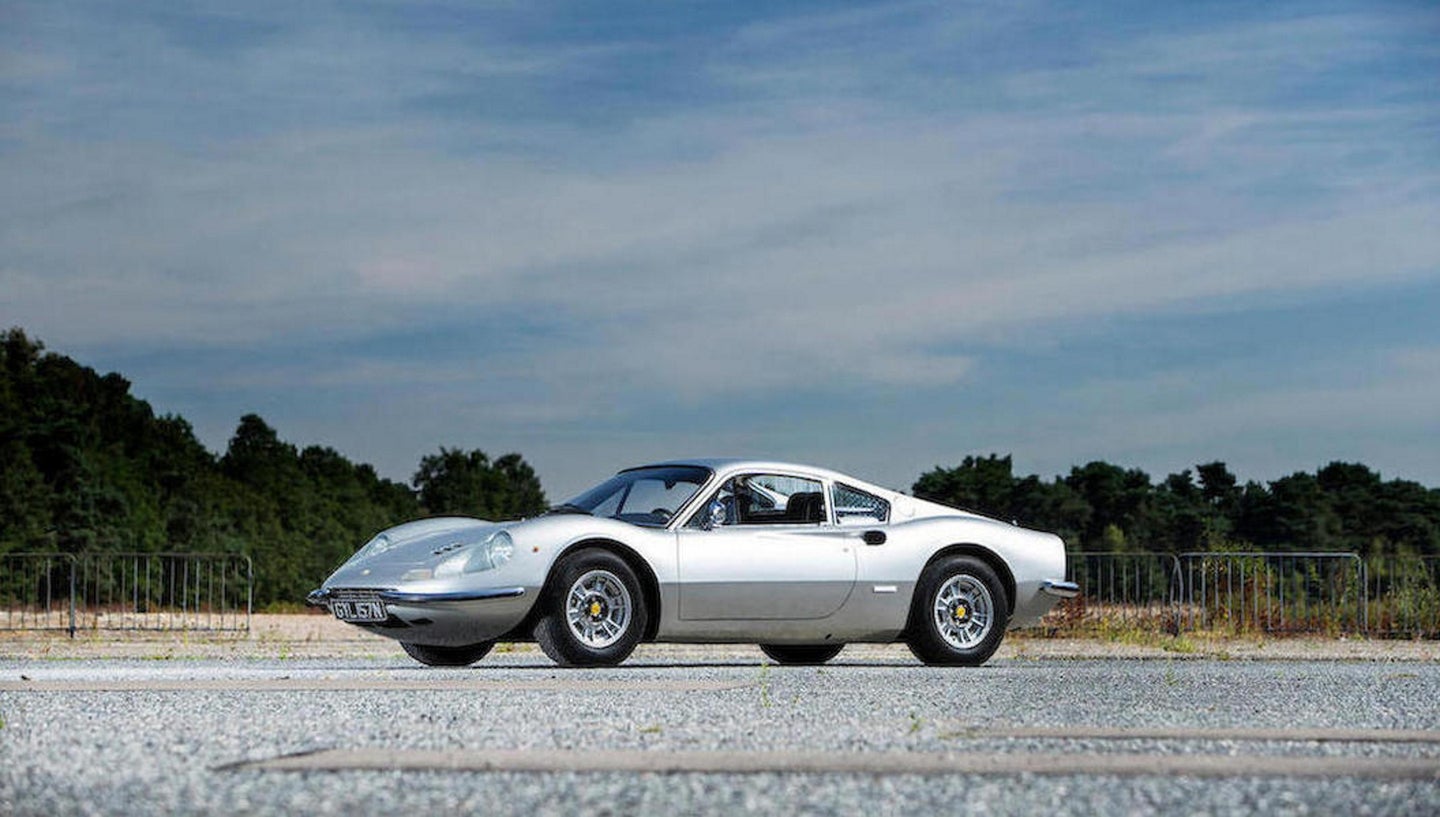 Anyone who is a fan of both classic Italian sports cars and the Rolling Stones shouldn't miss out on the chance to start up this 1972 Ferrari Dino 246 GT that was originally owned by Stones lead guitarist Keith Richards. It will be available at the Bonhams Goodwood Revival auction on Saturday September 8, and it’s expected to sell for upwards of $5 million.

This Dino is a midengined sports car powered by a 2.4-liter V6 linked to a five-speed manual transmission, since at the time the Ferrari name was reserved for 12-cylinder cars. The previous Dino 206 GT was criticized for being underpowered, so the 246 got an upgrade to 192 horsepower and 166 pound-feet of torque, giving the 2,380-lb car a top speed of 148 mph.

Ferrari built the Dino especially for the American market which is where Richards bought it. This one has a lovely silver paint job with a black interior. He liked it so much that he brought the car with him when he moved back to London, where he drove it until selling to a Japanese collector in 1986. The engine was rebuilt in 2015 and the car is believed to have about 30,000 miles on it since new.

"If you want to feel like a Rock God, this is the car for you,” Bonhams' Director of Motor Cars Sholto Gilbertson put it aptly. And if you can’t quite afford the estimated $5 million hammer price, just remember that you can’t always get what you want.

Three of Neil Young’s Classic Cars are Going to Auction

These classic American cars need someone to love them the whole day through.