A piece of transportation history pops out of the British mud. 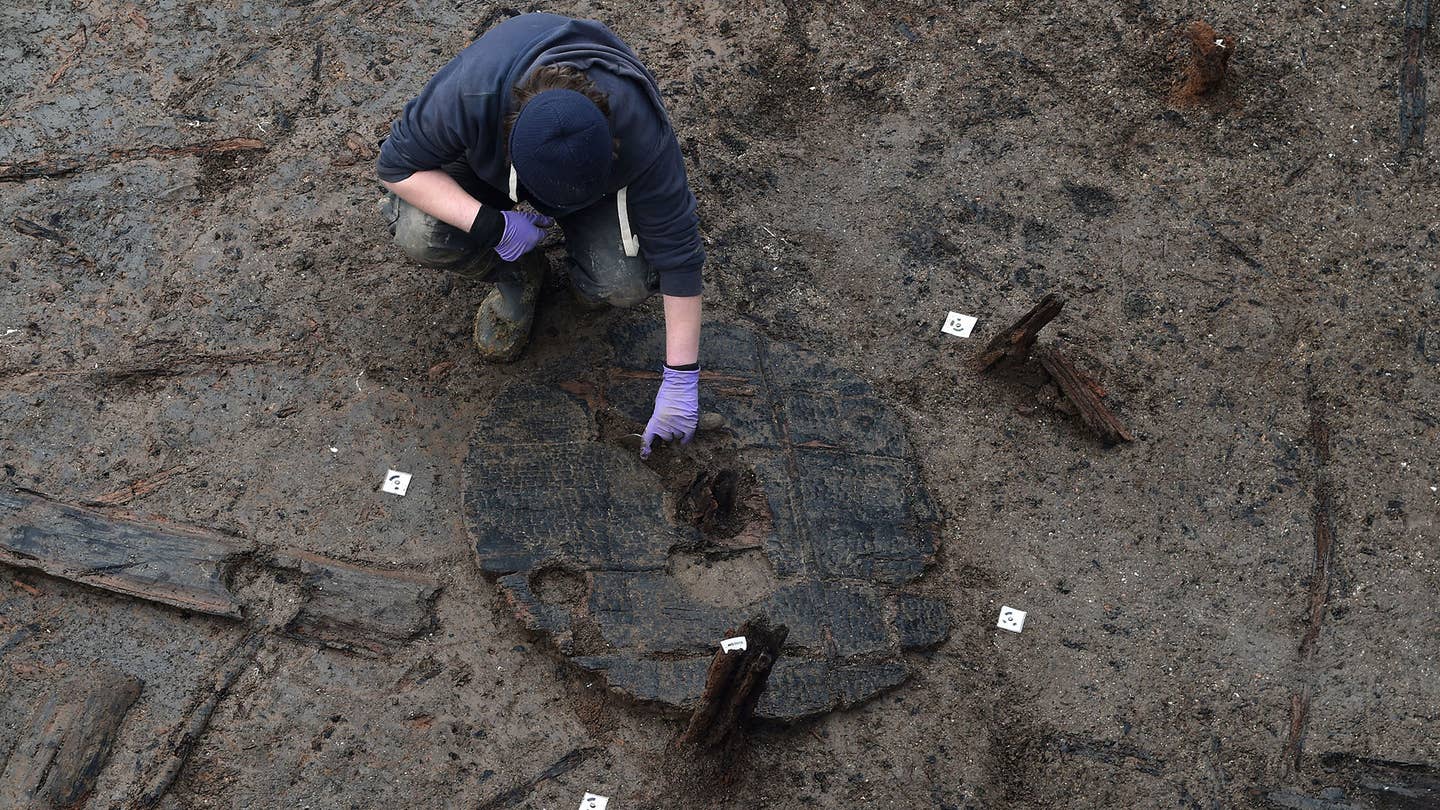 In striking oak, they struck gold. While excavating a site known as “Britain’s Pompeii,” archaeologists in the United Kingdom have discovered an incredible piece of transportation history: an impeccably-preserved wooden wheel.

The Bronze Age wheel, believed to date back to somewhere around 1,100–800 BCE, is made of oak planks and measures over three feet across, making it roughly large enough to be considered Donk-worthy in some parts of Georgia. It’s been so well preserved, the wheel’s spoke is right where it was when the wheel wound up buried in silt three millennia ago.

“This remarkable but fragile wooden wheel is the earliest complete example ever found in Britain,” says Duncan Wilson, chief executive of Historic England. “The existence of this wheel expands our understanding of Late Bronze Age technology and the level of sophistication of the lives of people living [here.]”

The site where the wheel was found, Must Farm, is colloquially known as the U.K.’s equivalent of the famed Italian volcanic burial ground due to its fiery origins and its wealth of artifacts. Three thousand years ago, the site was a series of Bronze Age houses mounted on stilts above a river; when the dwellings caught fire, the settlement tumbled into the water, dropping artifacts into to the silty river bottom.

Rare items such as textiles, pottery, and even food samples have all been found at the site, but it’s the wooden wheel that’s drawing international attention.

“This wheel poses a challenge to our understanding of both Late Bronze Age technological skill and, together with the eight boats recovered from the same river in 2011, transportation," said Kasia Gdaniec, senior archaeologist for the Cambridgeshire County Council. For example, scientists had believed that large animal vertebrae found at the site were from a cow; in light of the wheel’s discovery, they now suspect it may have been from a horse.

As for why a wagon wheel was inside one of the house, site director Mark Knight has a hypothesis: “My hunch is that 3,000 years ago there was a cart parked up on the dry land, with a wheel missing,” he told The Guardian.

Meaning it’d been brought in for the same reason auto parts can be found in garages and basements across America: Repairs.

Sweden’s moose test is wimpy compared to the Isle of Wight’s dino test.