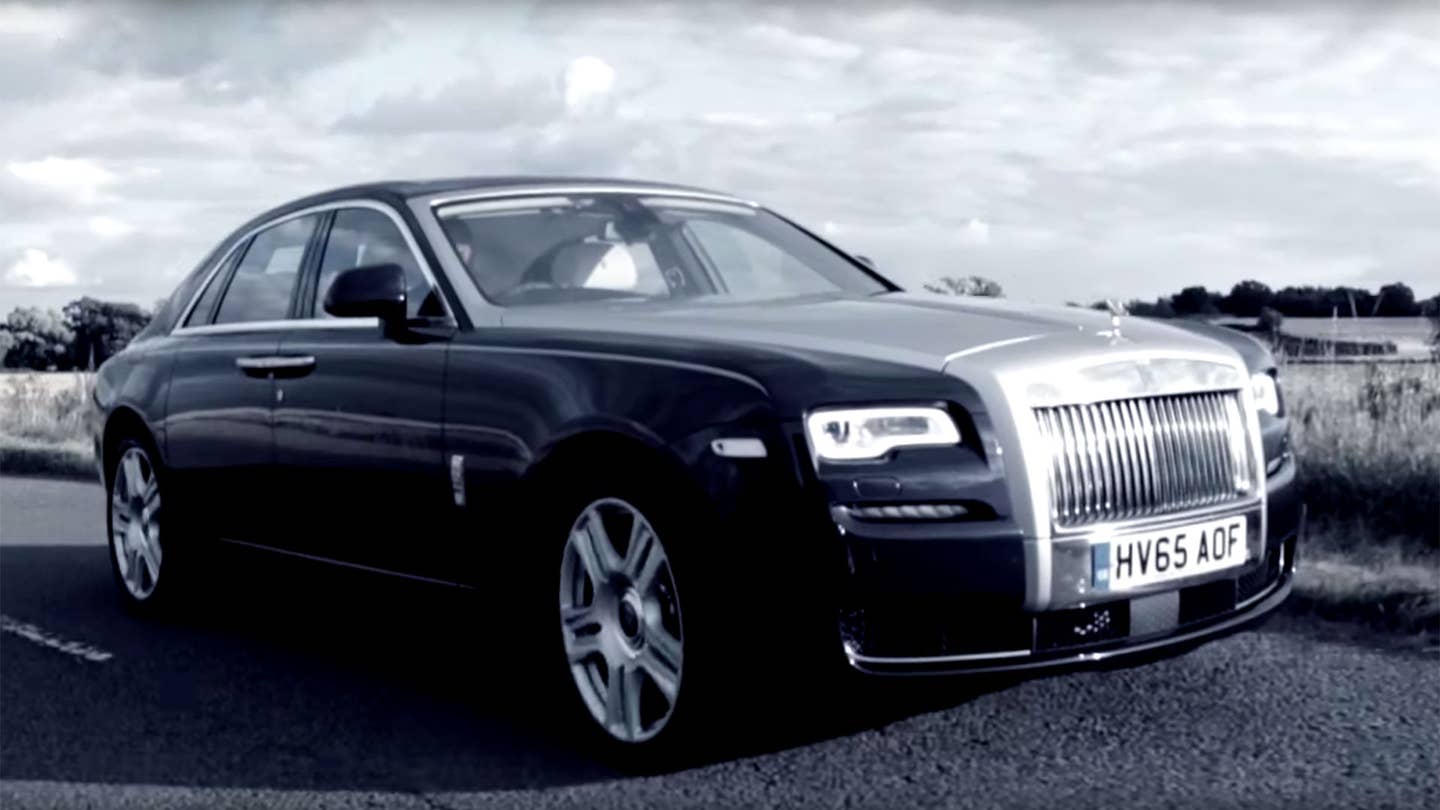 Of Top Gear’s just-announced hosts, Rory Reid is the least recognizable. But now we know this: The man once sweet-talked a Rolls Royce Ghost Series II with such passion, the car unfurled umbrella. Yes, standing strong and serious, Rory Reid looked upon the flanks of Rolls-Royce’s entry-level saloon and waxed poetic about lambswool carpets, power and the car’s weight. (The latter’s a weird move, Rory.) As far as I can tell, despite the sepia filter, smoldering gaze and swooping cameras, there’s no satire here. This is straight-up love poetry: RR loves RR. Happy belated Valentine’s.

Things begin with a solidly Adele feel: Hello, it’s me, a three-ton British luxury sedan named for a poltergeist. In a gesture of solitude, the Rolls sits beside a dead tree, somewhere on a British plain. It’s a cloudy day, because of the U.K., and sadness. Like a lost scene from The Lake House, that regrettable 2006 Sandra Bullock rom-com about a time-travelling cottage, shots of Reid are overlaid with shots of the mournful Ghost. Ours is a love that can only live through the magic of cinema. TV presenters don’t own new Rolls-Royces, Rory. It’s just not done.

The name of this type of poetry is “epistolary,” or a poem read as a letter. That means all lines are directly addressed using the second person, “you.”(Contemporary examples include the Alicia Keys classic, “You Don’t Know My Name.”) Here, Rory intones: “So, you’re back again, huh? I told you, never leave me. I wanted you for myself: I was cold and I was greedy.” Meanwhile, the chamber orchestra responsible for the score to Downton Abbey whinges in the background. The rhymes are decent, but not Hamilton-worthy; the camera work is a little nauseating. We wish the RecombuCars crew had pushed things really over the top—Rory Reid atop a bed of roses?—instead of trying to hit me in the heart. I didn’t weep and I didn’t laugh, just spent seven minutes looking like the emoji with a flat light for a mouth.

You want to see me cry about unrequited love, Rory? Come by any day of the week.