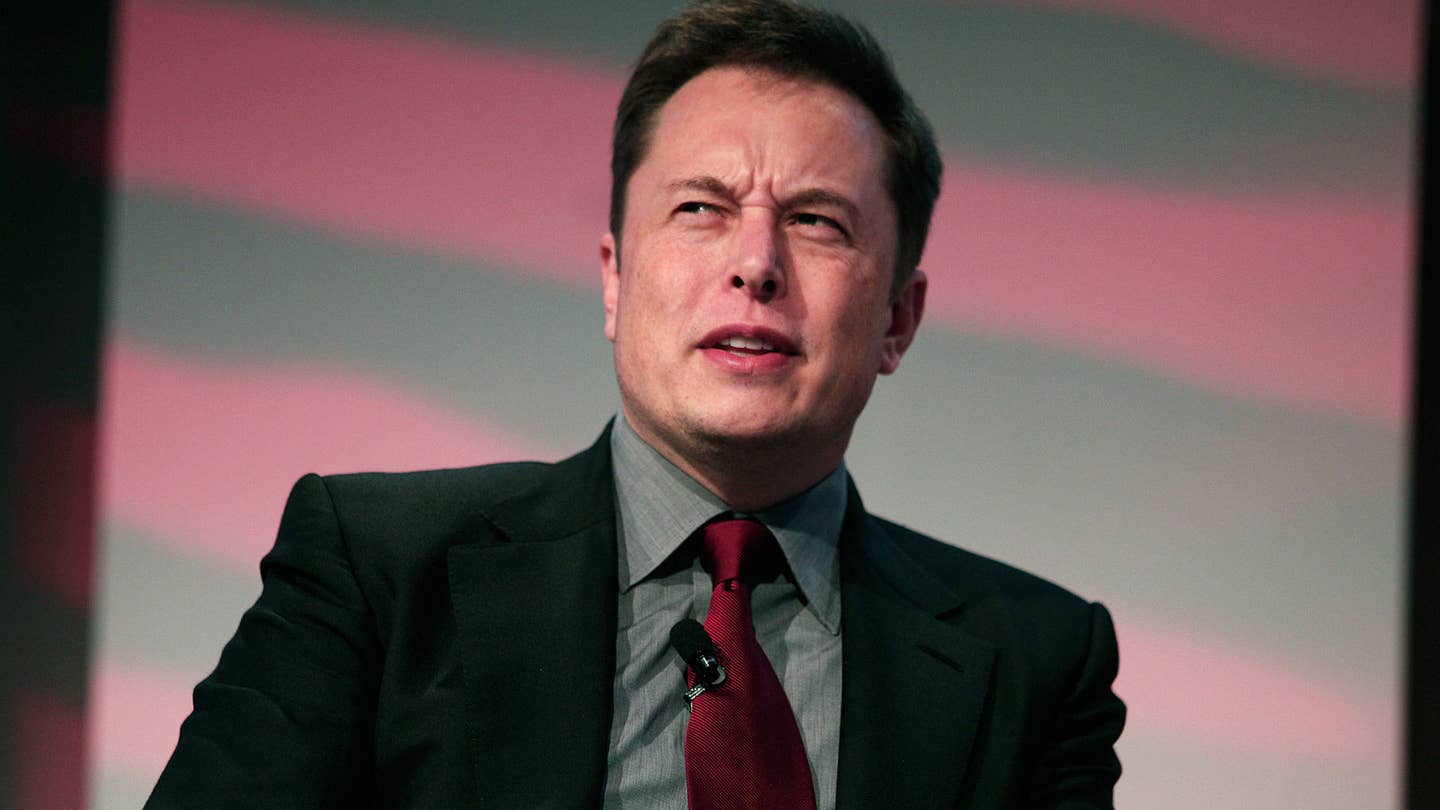 It’s a technique oft-used by frustrated, stranded airline passengers: make a fuss on social media, tag the company who has frustrated you, receive prompt service as the brand tries to salvage its PR veneer. Venture capitalist Stewart Alsop attempted the tactic, though rather than tangling with Delta’s social media manager, he took on the bombastic prince of Silicon Valley himself, Elon Musk. With the appropriate tag (“@”), Alsop self-published “Dear @ElonMusk: You should be ashamed of yourself.” In response, Musk has canceled Alsop’s order. Don’t tangle with Elon, because you’ll wind up the only millionaire in Palo Alto without a Tesla Model X. The world weeps.

The poor have hardships; the rich get inconvenienced. Last September, after submitting his $5,000 deposit for a $130,000 Tesla Model X, the company’s new SUV, Alsop was invited to a Tesla event hosted by Musk himself. He showed up on time to what was billed as a 7:30 event when the horror began. Musk was around a half-hour late; Musk did not apologize to the assembled electro-yuppies for his lateness; Musk “led with safety” (boring!); Tesla did not provide adequate food. Then Alsop left, feeling “misled and mistreated.” Yes, great-grandnephew of Theodore Roosevelt: That’s what mistreatment looks like.

There’s nothing like the self-righteous rich, the wounded wealthy. Tesla is a new company; Musk is notoriously wedded to his personal schedule and infamously imperious. Having to wait around and being slightly underfed isn’t “mistreatment;” it’s attending a large corporate event. Write another Medium post when some overlord is forcing you into heavy labor or demanding you scrub a linoleum floor with bleach and a toothbrush, Stew. Best of luck with your car search—we hear Lexus service is very obliging.