With the manual transmission also gone, it only comes with a 142-hp four-cylinder and a CVT. 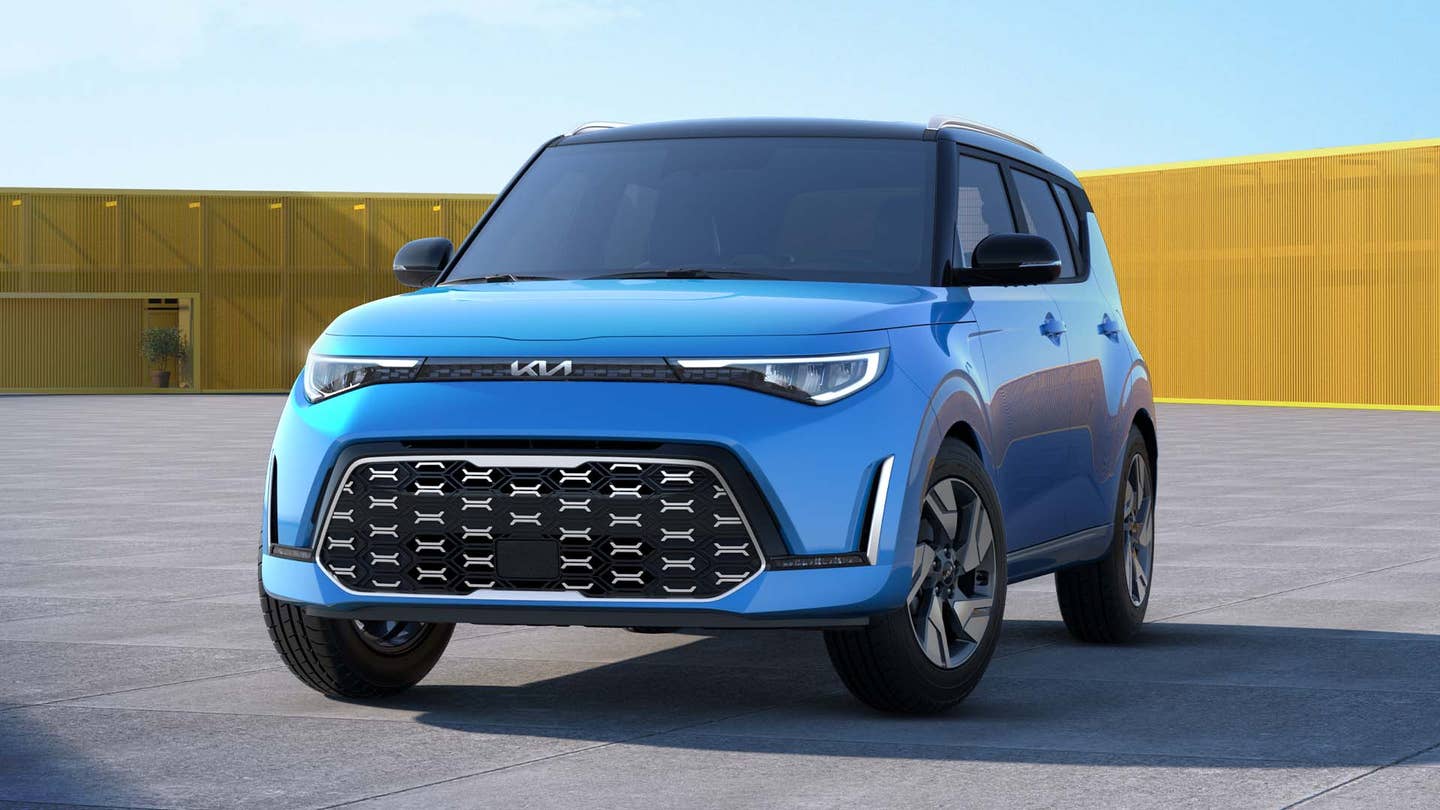 I should start by saying that no one here pretends the Kia Soul is a sports car. Even then, it was sad to see its stick-shift transmission go away last year because cheap cars are just better with 'em. Kia isn't stopping there, though, and has confirmed that the new 2023 Soul won't have a turbo engine, meaning it's exclusively available with a naturally aspirated four-cylinder and a CVT. Hmph.

The Soul's sole engine is a 2.0-liter that produces 147 horsepower and 132 pound-feet of torque, and it sends that output to the front wheels only. For reference, the discontinued 1.6-liter turbo engine made 201 horsepower, which is pretty respectable for an econobox. That engine even came with a seven-speed dual-clutch automatic. My, how the turn tables.

You can now pick from the LX, S, EX, GT-Line, or GT-Line Tech trims, which sounds like a lot; this lineup is actually "simplified," though, according to Kia. Gone away are the Turbo and X-Line models, but here to soften the blow are some design updates like a thicker, angular headlight design and a new lower grille. And colors! It has more colors!

Kia released photos of the 2023 Soul in Surf Blue with a Fusion Black roof, but another two-tone scheme is also available: Clear White with the dark roof. If you'd rather have an orange or green Kia Soul, that can also be arranged. Regardless of which color you pick, do your part and make sure it's actually a color instead of some boring shade.

Rounding everything out is a bunch of previously optional safety features that are now standard. Every new Soul will come with Forward Collision Avoidance Assist-Pedestrian, Lane Keeping Assist with Lane Following Assist, Driver Attention Warning, Lane Departure Warning, High Beam Assist, and Rear Occupant Alert. Kia says pricing will be announced closer to the vehicle's production launch but it's probably safe to assume a modest increase for the base model. After all, you don't often get more for less.

Slick looks, great hybrid and electric options, and probably an awesome price tag. What’s not to like?

Turns out, people have some strong feelings about Kia’s fairly regular little boxy car—and have been joking about it online long before today.