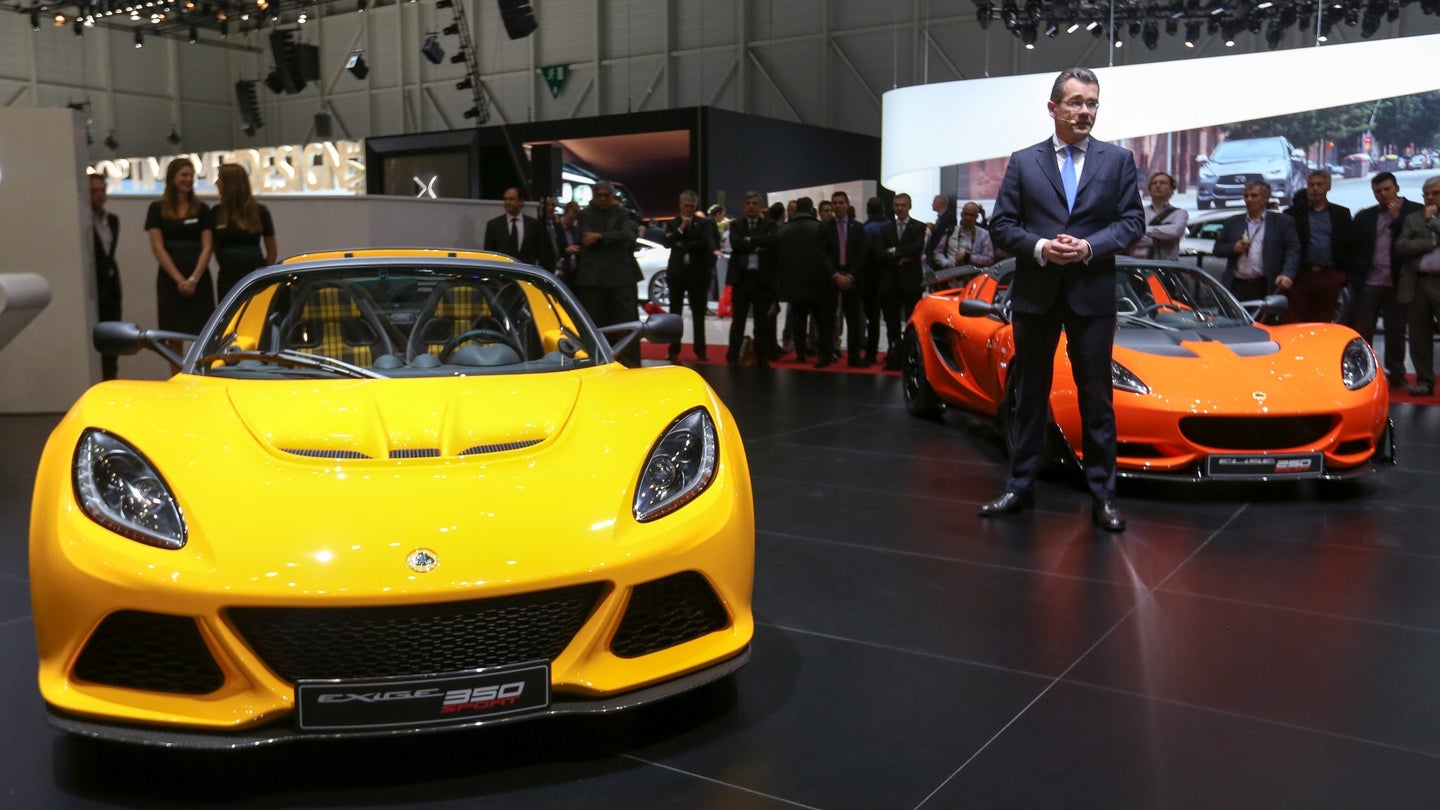 We’ve been hearing rumors for a while about the possibility of British sports car brand Lotus hopping on the premium SUV bandwagon, and whether we like it or not, it’s happening. In a recent interview with Automotive News Europe, Lotus CEO Jean-Marc Gales leaked a little info and dropped a few hints about what we can expect from the upcoming Lotus SUV.

For starters, Gales confirmed that work has begun on an SUV. He says it will arrive “in about four years” and stressed the importance of getting it right on the first try, expressing that design is the most important part.

“We can't use the same design language as a sports car, but you should also be able to recognize that it is a Lotus,” Gales told AN Europe.

Since Geely now owns a majority stake in Lotus, will the SUV share a platform with Volvo, another Geely brand?

“Let's call them modules. Platform suggests something big and heavy and it's not like that,” said Gales. “We are going to heavily use a mix of new and proven Geely family modules and combine them to create an aesthetically beautiful performance crossover.”

When asked about the size of the Lotus crossover, Gales referenced the Porsche SUV lineup.

“The Porsche Macan and Cayenne are the most interesting segments worldwide, so midsize and large. I wouldn't start Lotus in a compact segment,” he said.

This isn’t the first time Lotus has referenced taking a page out of Porsche’s playbook to grow the business with high-volume SUVs without losing the performance-rooted identity of the brand.

It sounds like the inevitable Lotus SUV will have some proven components that will help make it attractive to folks in the market for a practical, premium crossover, but it will still unmistakably be a Lotus.