A Lotus crossover would apparently be "light, aerodynamic, and handle like nothing else." 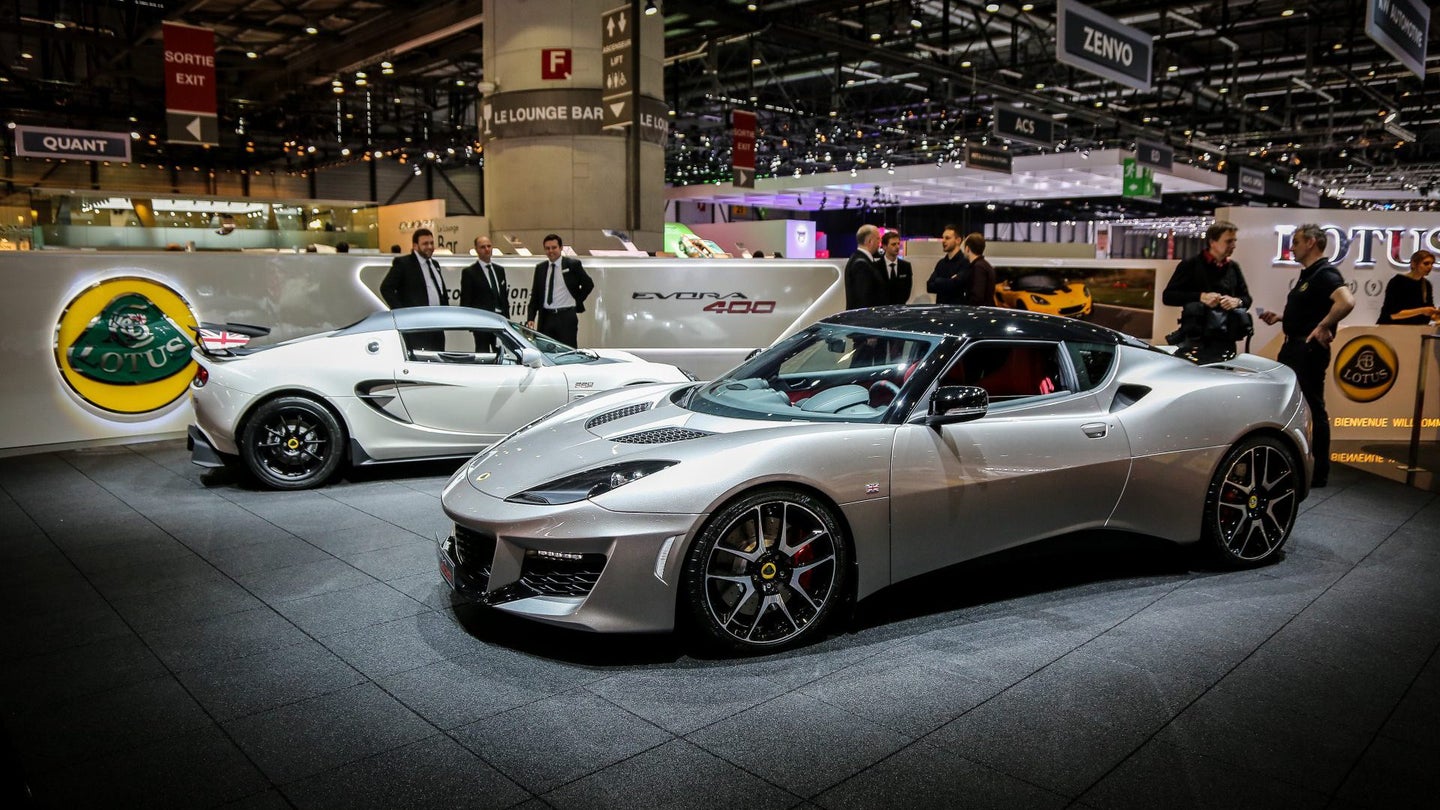 Following in Ferrari's (and frankly, everybody else's) footsteps, newly-profitable Lotus is working on an SUV, proving once again that as long as crossovers keep printing money for their manufacturers, absolutely nothing is sacred.

In an interview with Autocar, Lotus CEO Jean-Marc Gales said that plans are in place to present a new Lotus lineup—one that includes an SUV—to its new Chinese owners, Geely. "We will always have sports cars, but we’re looking at other segments," Gales said. "The SUV market changes as well – it’s not just cars that are six feet high and wide now, it’s a huge market that’s becoming more segmented. There is a niche within that for a Lotus crossover that is light and aerodynamic and handles like nothing else."

Gales adds that Lotus sports car production will remain on British soil, while production of the brand's other cars could take place abroad.

Considering Geely's responsibility for cousin-company Volvo's successful rebirth, Gales is optimistic about Lotus's overall future. "We have a world-class automotive manufacturer behind us. I see it as a new chapter. One has closed and we can start afresh. It’s good news for us, good news for the region. There’s loads to do and I’m here to stay."