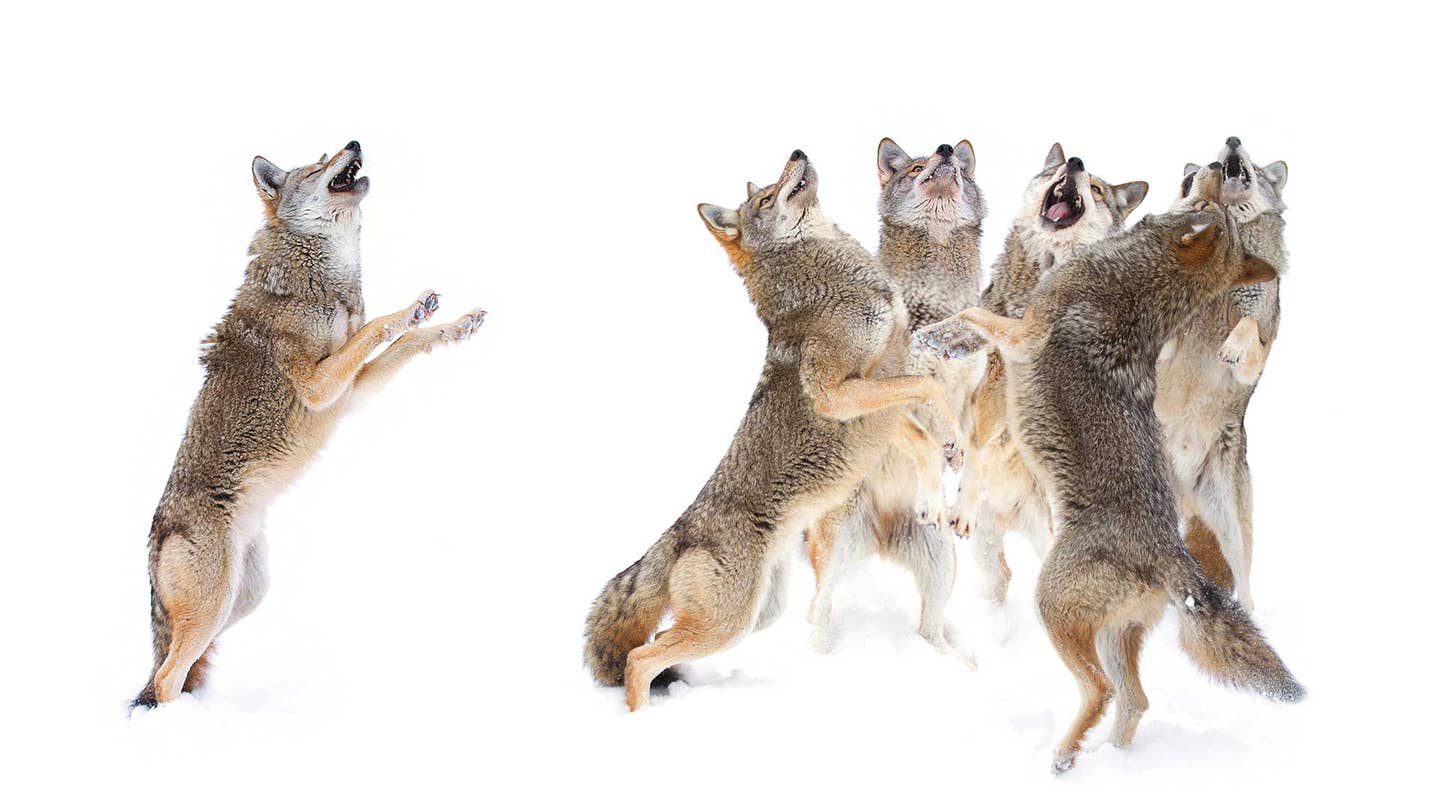 San Francisco, needing reason to brag atop its booming economy, copious natural beauty and happy population, is showcasing a roving band of psychedelic coyotes. That is, citizens of the Bay Area beach town of Bolinas are reporting that local Canidaes have been attacking cars in manner so strange and sustained that the dominant working theory is that the animals have been eating hallucinogenic mushrooms. The jackals, folks, have been getting jiggy.

According to PacificSun.com, a certain stretch of Highway 1 is home to at least two coyotes who’ve taken to staring down motorists and, if given the chance, attacking automobiles before slinking back into the bush. While rabies is typically the explanation for bizarre and aggressive mammalian behavior, the reports have been incoming for much longer than any rabid animal could be expected to live. Moreover, rabies is fairly rare in Marin County. Another explanation is more plausible: Some drivers may have been stopping to feed the coyotes, whose staple diet of small rodents might suddenly seems bland next to the proffered remnants of a Double-Double. No more dining on murdered titmice; the dogs have discovered fries. Animal Style.

The third, and by far best, hypothesis is that the coyotes have been foraging from a patch of amanita muscaria, or “magic mushrooms,” which grow in the area. Basically, this pack of wild dogs might be high off their furry butts. Those long gazes that have so spooked motorists may simply be a byproduct of deep canine existential thought. I am—yip—my own animal, at one—howl—with my natural surroundings.

Thanks a lot, S.F., for reminding us that all we have in New York is that damn pizza rat. We get it: Your fauna is flamboyant, ours is fetid. Your skulking beasts are expanding their minds and getting hip to the scene; ours is running for president.

Humane Society officials that we did not contact noted that the idea of coyotes on shrooms is “Really, really chill. From the ground, man, you know? From the ground.”