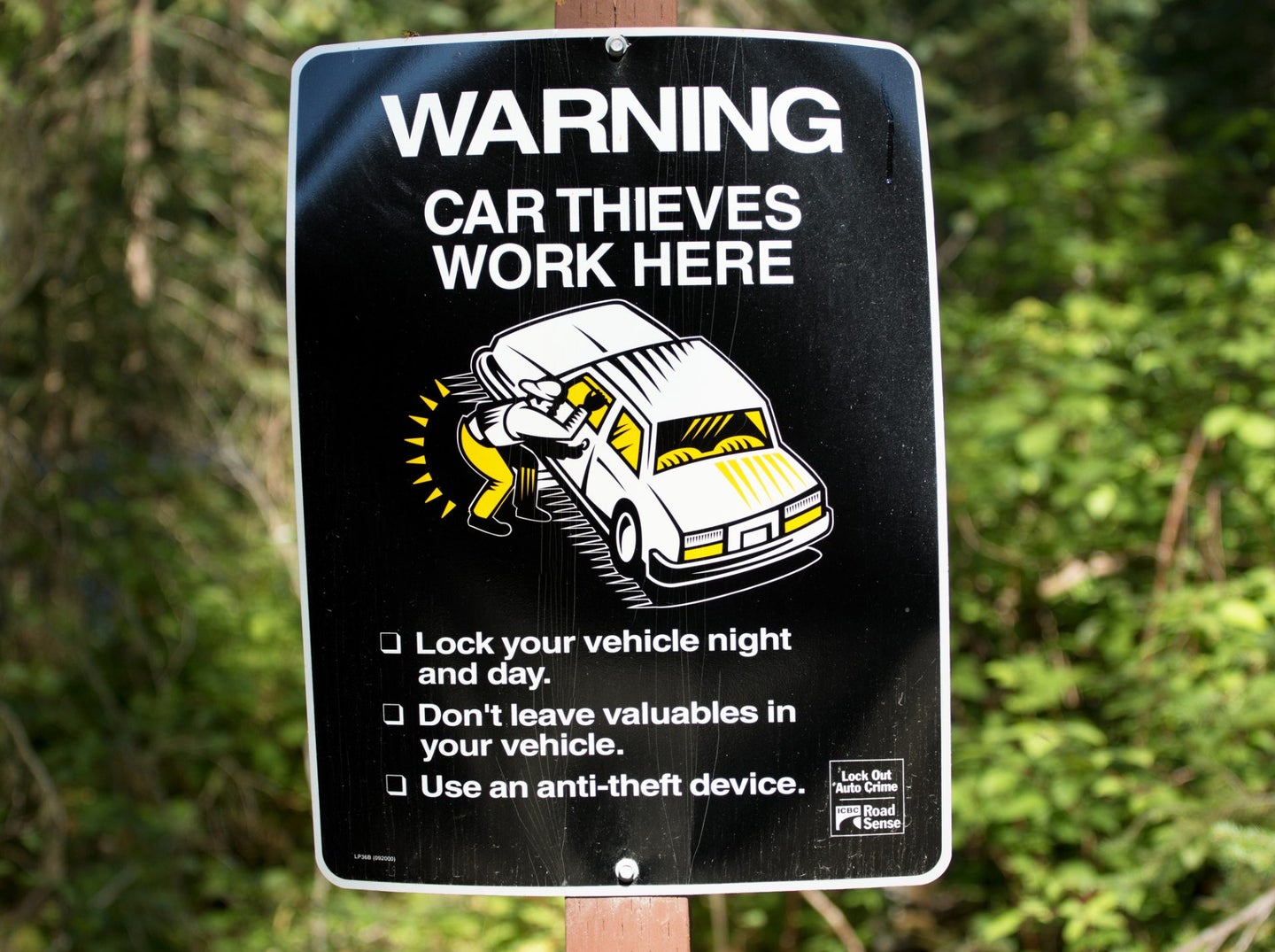 Stolen vehicles could be likened to unwilling organ donors, as they're often recovered with missing wheels or other expensive parts.

So says the National Insurance Crime Bureau, or NICB, which sees a connection between the value of bumpers, headlights and other components to the FBI's initial tally of a 4.1 percent increase in auto thefts in 2017. The NICB is a not-for-profit devoted to fighting insurance fraud.

"Fraudulent repair jobs are primarily why you see mostly older vehicles on our most stolen lists," Frank Scafidi, the NICB's director of public affairs, told The Drive, citing Hondas and Camrys as examples. "People take care of them, but they may not be insured for damage."

The NICB looked at the cost of replacement parts for the top 10 stolen 2016 models, pulling prices from a database of over 24 million vehicle damage appraisals done for insurance claims from 2016 and 2017. Parts such as bumpers, doors, fenders, hoods and headlights were on the list. Major components like the engine and transmission were not included.

The 2016 Toyota Camry, the most stolen 2016 model according to the NICB, had 15 commonly replaced components valued at nearly $11,000. And that’s not including labor.

“For the professional theft ring, stealing and stripping vehicles for parts has always been a lucrative business,” Jim Schweitzer, senior vice president and COO at the NICB said in a statement. “On today’s cars and trucks, the parts are often worth more than the intact vehicle and may be easier to move and sell. That’s why we see so many thefts of key items like wheels and tires and tailgates."

5 Famous Crimes Involving Cars By Sean Evans
Auto Repair Shop Called 'Get Your Fix' Sold Meth and Heroin on the Side, Feds Say By Kyle Cheromcha Posted in News
Mercedes-Benz R63 AMG Owner Completes What Would've Been $57,000 in Engine Repairs By Caleb Jacobs
MORE TO READ