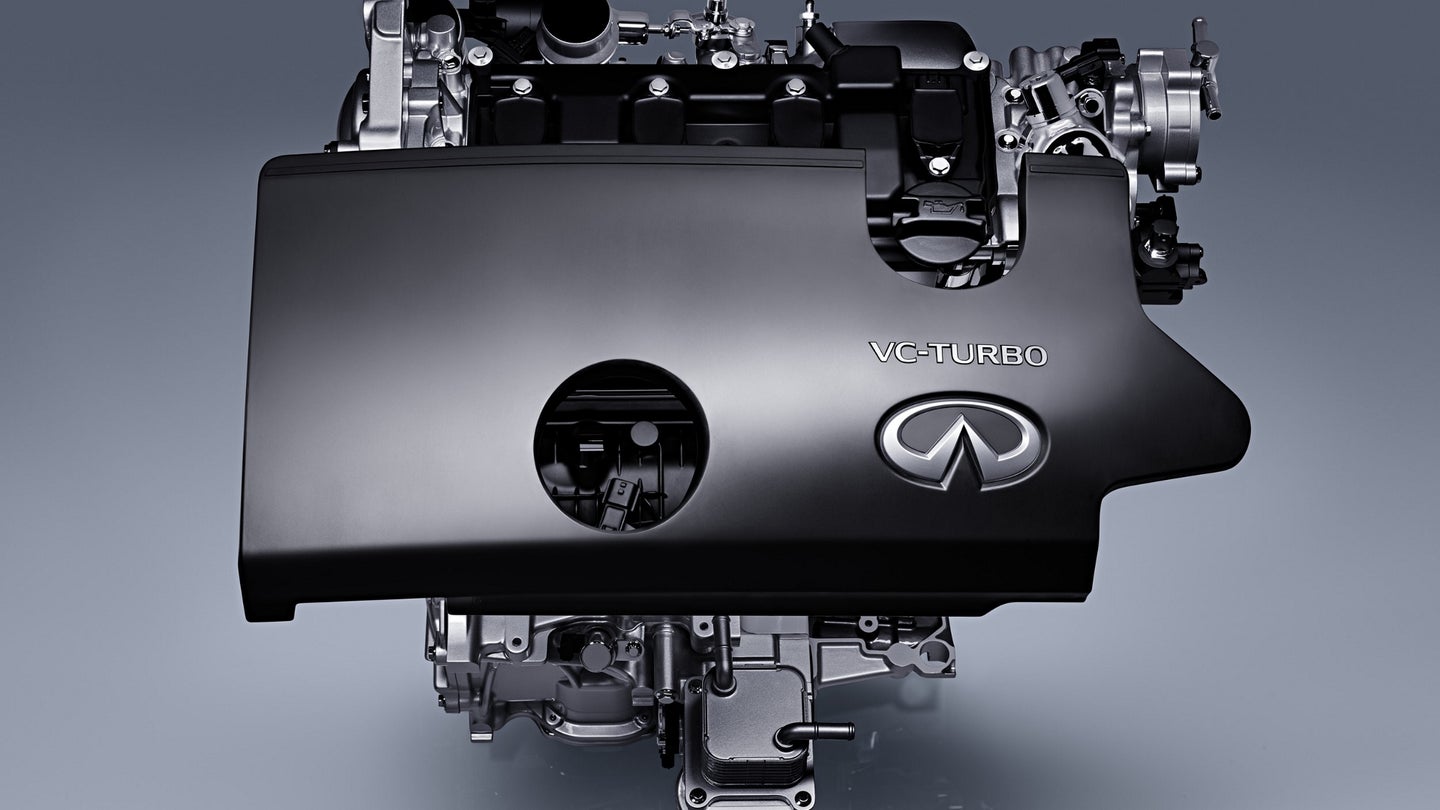 Last year, Infiniti announced plans to build a Variable Compression Turbo engine, the first of its kind in a production vehicle. Parent company Nissan says it’s been in development for 20 years and it’s finally ready for the big time. We’ve since heard that the first vehicle to get the potentially revolutionary engine is the 2019 QX50 crossover in the form of a 2.0-liter inline-four.

So what is variable compression and why is it a big deal? It’s an idea that’s been attempted before, but Infiniti/Nissan is the first one to get the engineering down well enough for a production car. Infiniti has created an elliptic device called multilink that changes the distance each piston travels in its cylinder depending on the input from the driver. Multilink connects the bottom of the piston shaft to the crankshaft, a job that is normally done by a simple connecting rod. Multilink can tilt up and down via an electronically controlled actuator changing the compression of the engine ranging anywhere from 8.1:1 up to 14.1:1 which is a very high compression ratio for a gas engine.

We’ve been looking forward to the Infiniti VC-T engine for a while and now we finally have some numbers from Nissan’s chief powertrain engineer Shinichi Kiga. According to Automotive News, the VC-T will return 27 percent better fuel economy in the 2019 QX50 over the current 3.7-liter V6. On top of the fuel economy improvement, the VC-T is rated at 268 horsepower and 288 pound-feet of torque and will have a zero to 60 mph time almost one second faster than other four-cylinder competitors. Again, best of both worlds.

Here’s a brief video Infiniti came out with last year after announcing the innovative new engineering.

It’s like a marathon runner but, you know, different.