This Beautiful Tucker 48 Is Really a Carbon-Fiber Replica—With a 550-HP, Twin-Turbo V8

Talk about a SEMA surprise.

Of all the things you expect to find at SEMA, a flawless Tucker 48 is definitely not on the list. But then again, with its steel and carbon fiber body panels, twin-turbo Cadillac V8 engine, and full air suspension, this is no ordinary million-dollar Tucker—if such a thing can even be said. In fact, it's a brand new car.

By now, you may have guessed that this Tucker built by Rob Ida Concepts is, in fact, a stunning replica. And there's a good reason it looks the business—not only did Ida get his hands on Preston Tucker's original blueprints for the doomed Forties future car, he and his father Bob were able to measure one of the 47 surviving models and draw up some CAD plans to precisely recreate the original body out of steel and carbon fiber.

On the inside, Ida went to great lengths to recreate the original interior, with same padded dash, unique gauge design, and old school finishes as the original. Still, there are some modern concessions. The classic radio faceplate hides auxiliary and bluetooth capabilities, the trick "pre-select" gear shifter is now hooked up to a more modern automatic transmission, and the original HVAC sliders have been repurposed to control the air suspension.

But it's under the hood—or rather, the trunk—where we find the biggest change from a classic Tucker 48. The car's famous rear-engine design coupled with its length made for some questionable handling dynamics, so Ida and his crew opted for a mid-engine setup and mounted a 550-horsepower, twin-turbo Cadillac Northstar V8 engine transversely just behind the rear seats. Imagine being that engine, starting out life in a crummy front-wheel-drive Cadillac and ending up in Ida's Tucker. Talk about winning the lottery.

There's another reason why this recreation Tucker looks so good: It's actually the fourth one built by Ida and his father. Ida's grandfather Joe Ida was one of the many investors who paid Preston Tucker for the right to establish a Tucker dealership in the 1940s, only to lose everything when the company went bankrupt. But he still loved the car—he actually tried to buy one at the bankruptcy auction and was outbid—and he passed that love onto his son and grandson.

With the help of some of Preston Tucker's own descendants, Rob Ida and his father built their first Tucker back in 2001 as a gift for Joe, but he sadly passed away before he got to drive it. Ida's since built three more cars as passion projects for a few deep-pocketed clients, including this car on display at the Specialty Equipment Market Association show in Las Vegas last week. But even if you can afford the high-six-figures price, the chances of scoring your own new-old Tucker are slim to none. Ida's got a hot rod business to run, and while he probably loves all the time he gets to spend working on such a special project, he told Hagerty that he'd "probably say no" if you called up the shop and asked for one.

But fear not, Tucker lovers. Ida's got a new project in the works: Building a real version of the Tucker Torpedo, Preston Tucker's first concept car that inspired the Tucker 48. The streamlined, art-deco design and radical features will definitely be a challenge to recreate in the metal, but Ida was able to 3-D-scan an original clay scale model and has already crafted much of the aluminum body. Even if we can't afford it, the world is that much better for having one more Tucker in our midst. 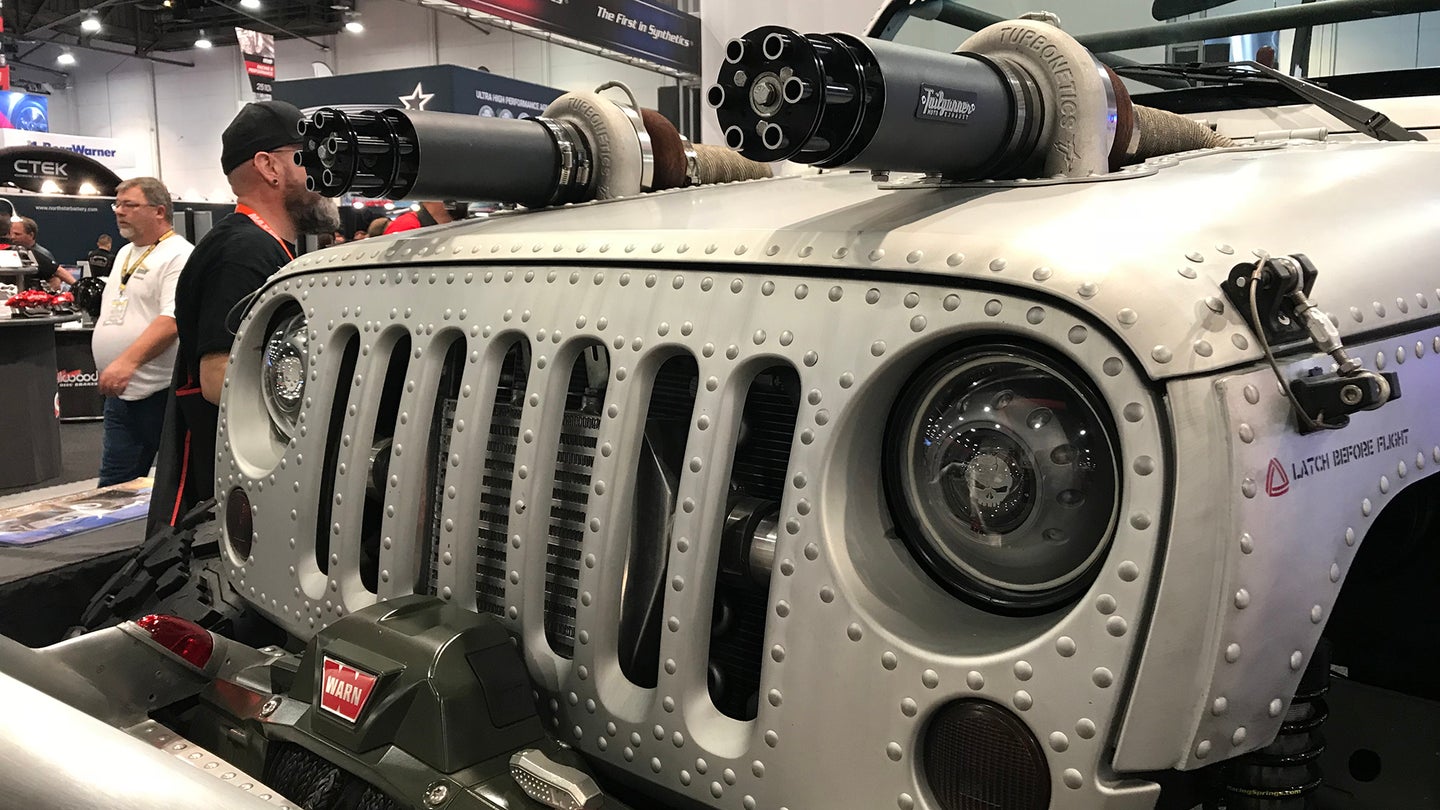 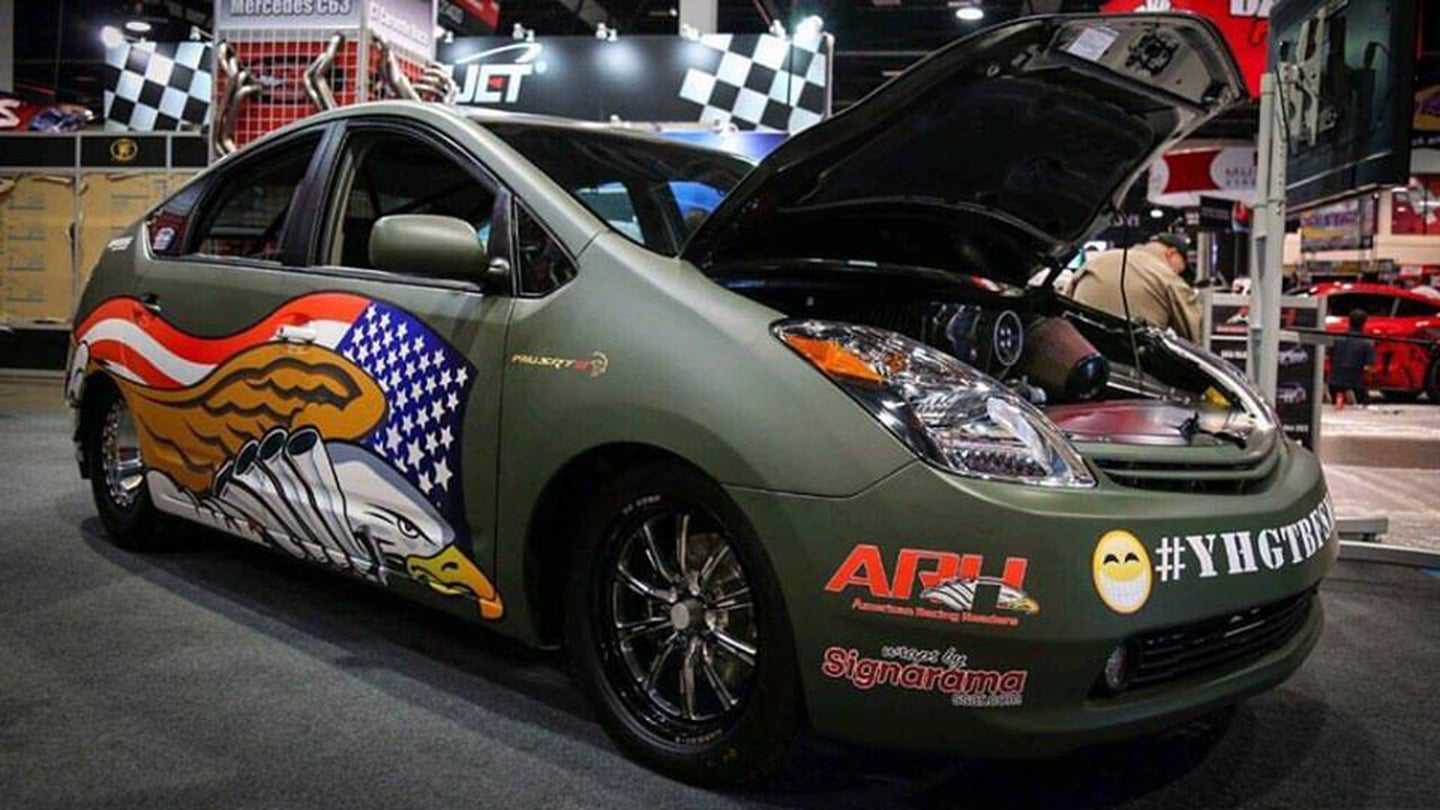 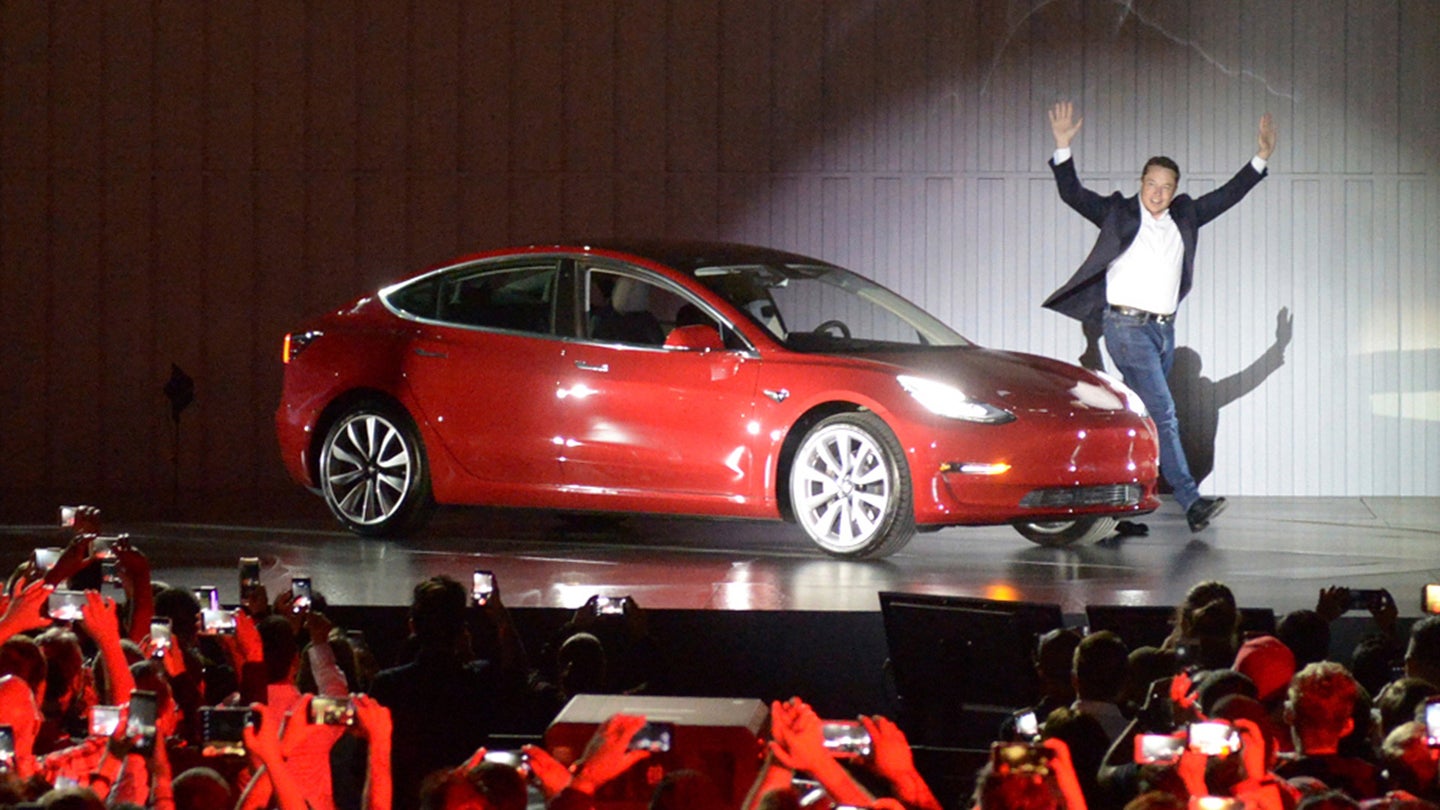 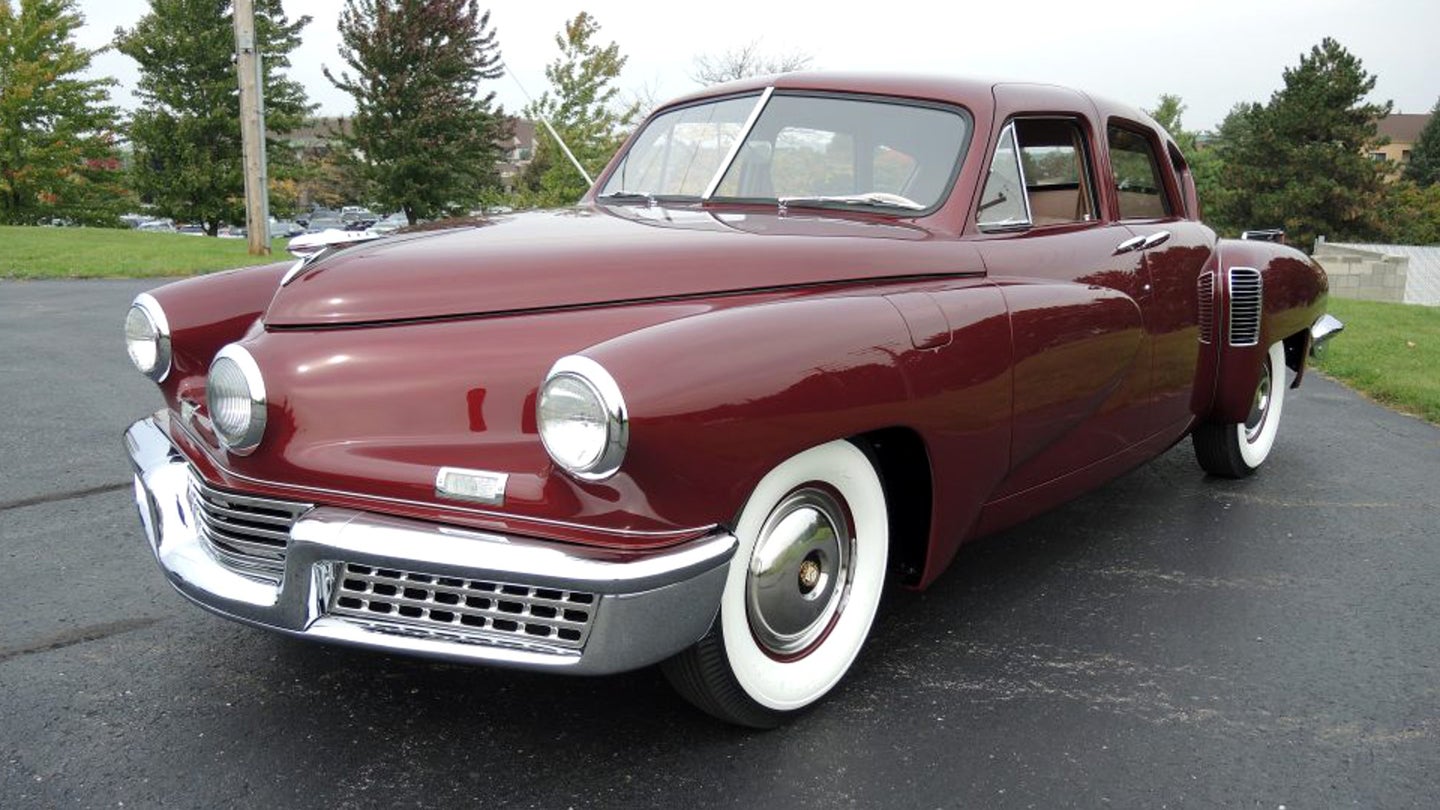 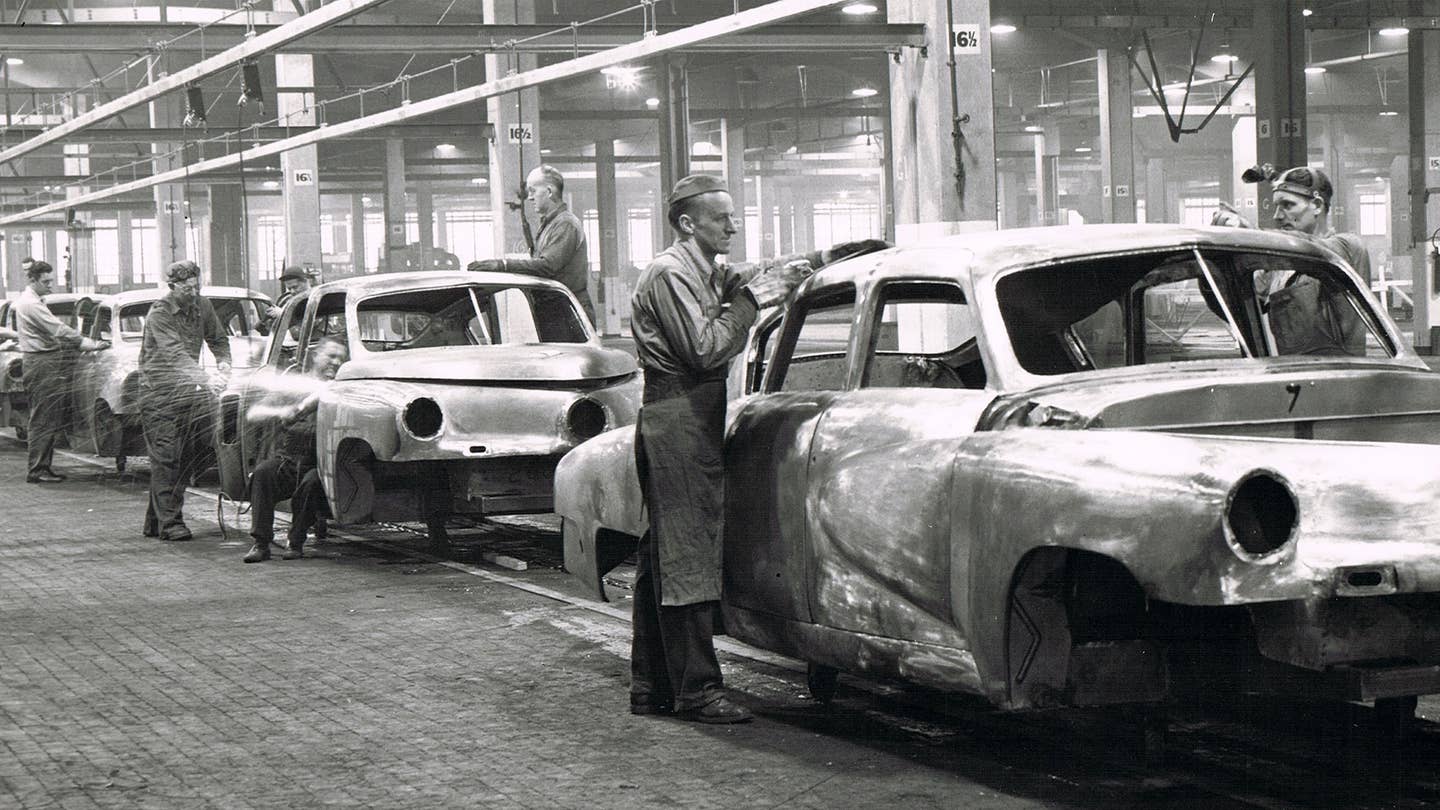