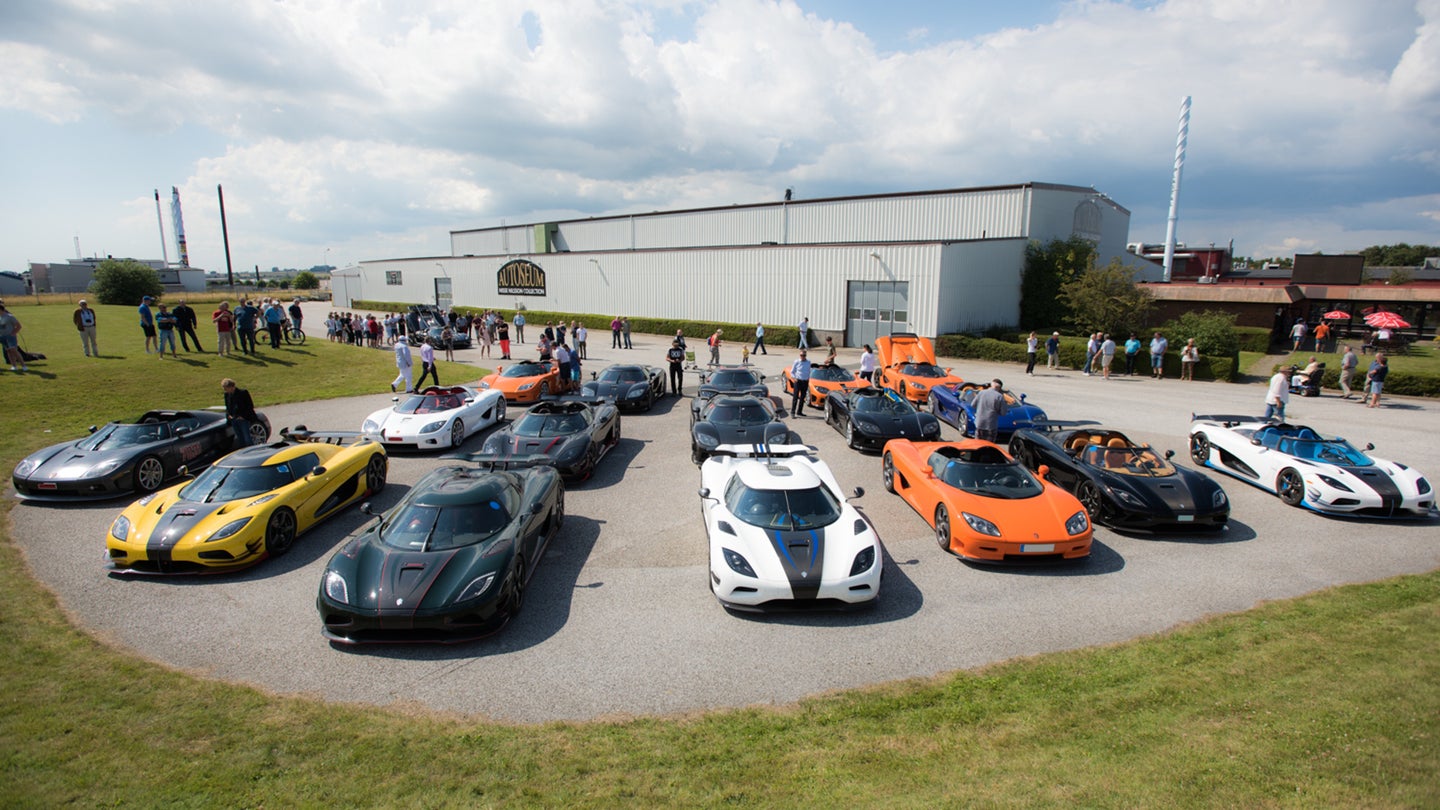 With an annual output of less than 20 cars per year, Koenigsegg may be the one ticket in town that's hotter than a limited edition Ferrari. But joining the club of Egg owners comes with some serious perks beyond the comforting knowledge that yes, you have arrived. Held over the weekend, the 2017 Koenigsegg Owners' Meet was the company's second annual gathering of wealthy individuals lucky enough to have beaten out the current four-year waiting list for the Swedish supercars.

This year's event featured 19 Koenigseggs—4 CCR’s, 6 CCX’s, 2 CCXR’s, 1 Agera, 2 Agera R’s, 3 Agera RS’s and a lone One:1—making it the largest gathering of the boutique automaker's cars ever. And that includes anytime at the factory.

From Friday to Sunday, Koenigsegg treated the 19 owners to a road trip around southern Sweden, and they in turn treated the local population to one hell of a rolling car show. The party stopped in several small towns, visiting historic estates, an automotive museum, a local track known as the "little Nordschliefe"—and of course, the Koenigsegg factory for a peek at the new Regera hybrid hypercar, which has already sold out despite just beginning production.

Founder and CEO Christian von Koenigsegg called it a "humbling" sight. We can think of a lot of other words: Wondrous. Magnificent. Holy. Arousing? See for yourself.

Which is an awful lot for a small boutique supercar manufacturer.