It may be an all-new design, but it's pure Range Rover. 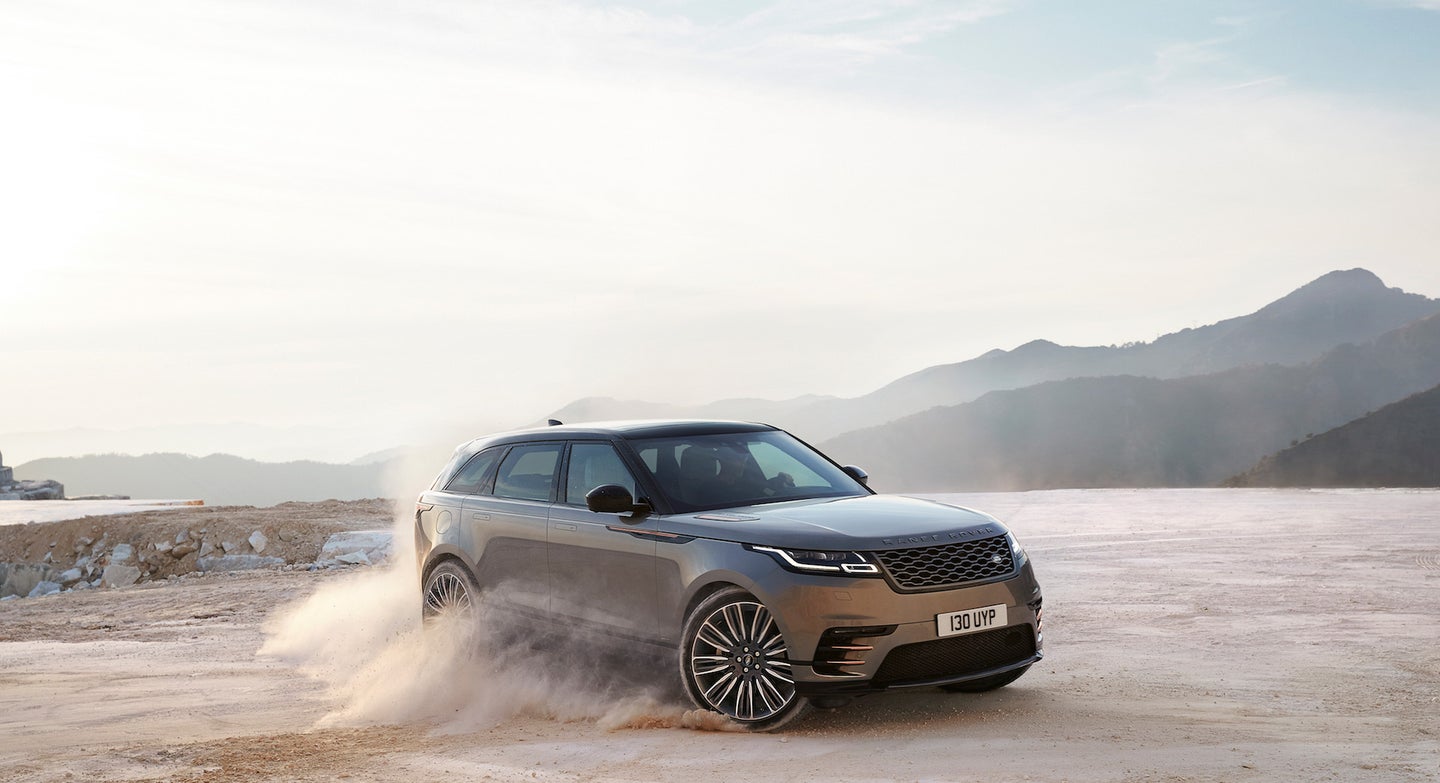 The design, Land Rover claims, is underscored by "reductionism." Or, in other words, the U.K. automaker sought to pare down the Velar's design, omitting any visually busy-looking features in order to make the new SUV as clean-looking and sleek as possible. The result may be an all-new design, but it's distinctively Land Rover—plus, it's the most aerodynamic Range Rover to date, with a drag coefficient of 0.32. Chief Design Officer at Land Rover, Gerry McGovern said, "It’s reduction by design and engineering. If something is on the car, you take it off and it makes no difference, it shouldn’t be there anyway."

Making extensive use of high-strength aluminum in the chassis, the Velar will come with five different engine options globally—all of which will be mated to an eight-speed automatic gearbox—ranging from the entry-level 2.0 liter Ingenium diesel unit that produces just under 178 hp to the range-topping 375 hp 3.0 liter supercharged V6 gas engine. Apparently, this engine will help propel the Velar to 60 mph in 5.3 seconds.

Although few owners will take their Velar off-road, the new SUV (on paper) will perform in true Range Rover fashion if called upon: All-wheel drive, of course, will be standard—as will Land Rover's Terrain Response System 2, the software that programs individual driving modes based off driving conditions, including sand, snow, gravel, etc. Air suspension, which promises both impressive on and off-road comfort, is optional on the four-cylinder models and standard on the V6-powered cars. An electronic rear differential will keep torque and available traction in perfect harmony.

Regarding the name, "Velar" dates to the very first pre-production Range Rovers from the late 60s. "Velar" is based of the Latin verb "to veil" (velare), and was the badge these first test cars wore before the words "Range Rover" would later emblazon the front hood on the production models.

With prices starting at just over $55,000, the Velar will hit dealers this summer. Before you see them parked near malls and Starbucks nationwide, check out the gallery below to see what the Velar looks like doing its thing on and off-road.