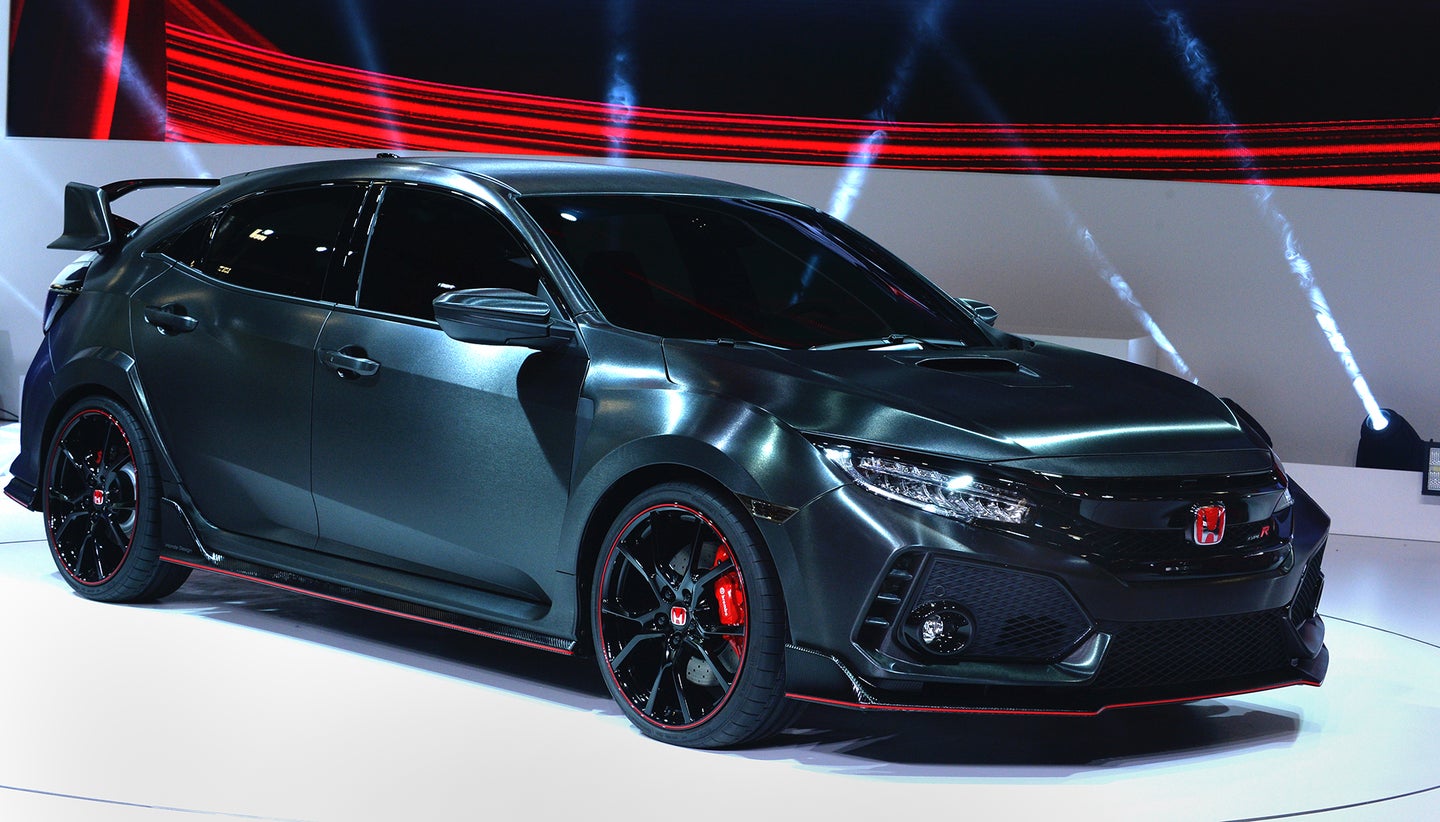 In just a couple of weeks, Honda will officially unveil the 2018 Civic Type R at the Geneva International Motor Show, according to the Japanese automaker. Though we saw the prototype last year in Paris, the production model is rumored to retain the aggressive styling and details of the prototype.

Motivating the hot hatch will be a new iteration of Honda's 2.0-liter turbocharged inline-four unit—with V-TEC, of course, yo—which should boast a significant increase in power over the outgoing Type R, a car that already has 306  of torque steer-inducing horsepower. According to some rumors, power may be around 340hp, which puts it in close range of the Volkswagen GTI Clubsport, the current Nurburgring front-wheel drive production car record holder.

Most importantly, though, the 2018 Civic Type R will officially be sold stateside for the first time since its inception 20 years ago. Production will begin this summer at Honda's plant in the UK—Honda of the UK Manufacturing (HUM) in Swindon—and will also be exported to Japan, Europe, and a handful of other international markets.